A 23-year-old former beauty queen in The Gambia, Fatou "Toufah" Jallow, has said she was raped by ex-President Yahya Jammeh when he was in office.

Her testimony is part of a Human Rights Watch and Trial International report that details another alleged rape and sexual assault by Mr Jammeh.

The BBC tried to contact Mr Jammeh, who now lives in exile in Equatorial Guinea, about the allegations.

A spokesman for his APRC party denied the accusations made against Mr Jammeh.

"We as a party and The Gambian people are tired of the steady stream of unfounded allegations that have been reported against our ex-president," said Ousman Rambo Jatta, in a written statement to the BBC. 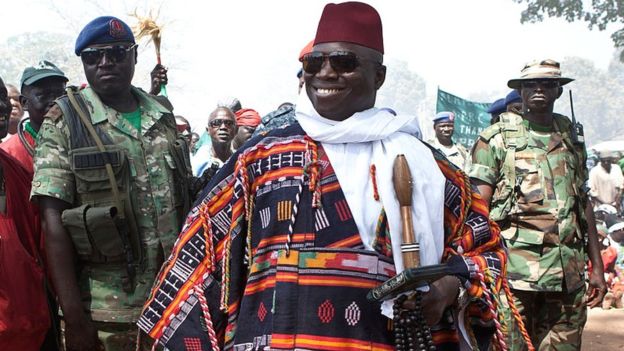 "The ex-president has no time to react to lies and smear campaigns. He is a very respectable God fearing and pious leader who has nothing but respect for our Gambian women," the deputy APRC leader said.

Ms Jallow told the BBC she wanted to meet Mr Jammeh, 54, in court so he could face justice. 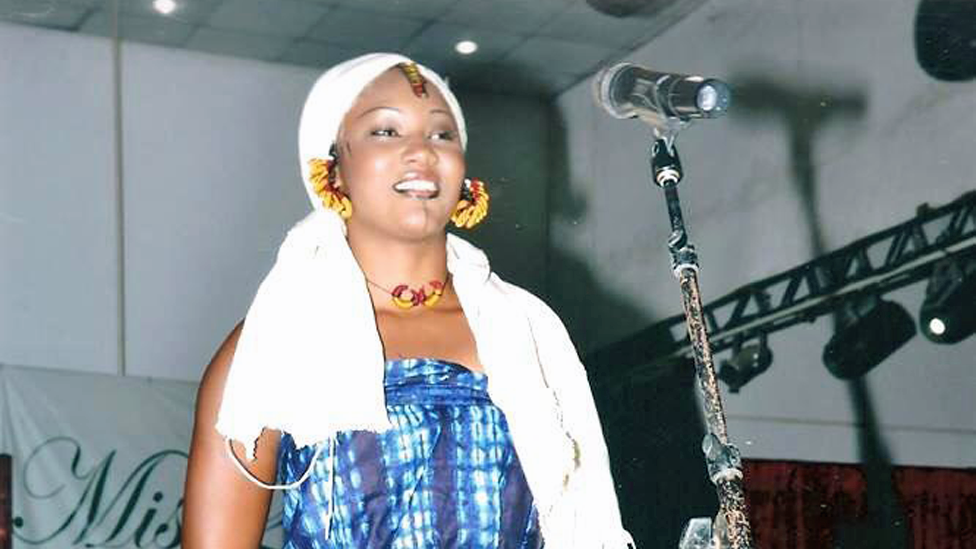 "I've really tried to hide the story and erase it and make sure it's not part of me.

"Realistically I couldn't so I decided to speak now because it is time to tell the story and to make sure that Yayha Jammeh hears what he has done."

She said she also wanted to testify before The Gambia's Truth, Reconciliation and Reparations Commission (TRRC), which has been set up by President Adama Barrow, who won elections in December 2016.

The TTRC is investigating human rights violations alleged to have been committed during Mr Jammeh's 22-year rule, including reports of extrajudicial killings, torture and arbitrary detention.

He was forced from office in January 2017 after regional powers sent in troops when he refused to give up power.

Ms Jallow said she was 18 when she met Mr Jammeh after winning a beauty pageant in 2014 in the capital, Banjul.

In the months following her coronation, she said the former president acted as a father figure when they met, offering her advice, gifts and money, and also organising for running water to be installed in her family home.

Then at a dinner organised by an aide to the president, she says he asked her to marry him. She refused and rebuffed other enticements from the aide to agree to the offer.

Yahya Jammeh: At a glance

Ms Jallow said the aide then insisted she attend a religious ceremony at State House in her role as beauty queen in June 2015. But when she arrived, she was taken to the president's private residence.

"It was clear what this was going to be," she said, describing Mr Jammeh's anger at her for rejecting him.

Ms Jallow says he slapped her and injected her in her arm with a needle.

"He rubbed his genitals in my face, pushed me down to my knees, pulled my dress up and sodomised me."

The young woman says afterwards she locked herself at home for three days and then decided to flee to neighbouring Senegal.

Once in Dakar, the Senegalese capital, Ms Jallow sought the assistance of various human rights organisations. Weeks later, she was approved protection status and moved to Canada, where she has been living since. 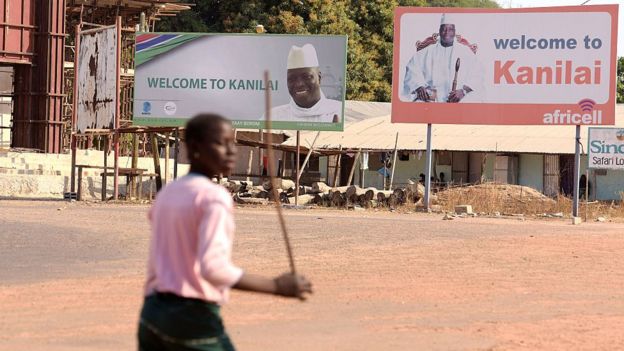 Human Rights Watch (HRW) and Trial International say Mr Jammeh had a system in place to abuse women, where some were put on the state payroll and worked at State House as so-called "protocol girls", who had some clerical duties but were mainly on call to have sex with the president.

The BBC could not verify the allegation, but a former Gambian official, who agreed to speak on condition of anonymity, said he was aware of "inappropriate things" happening at the presidency: "Protocol staff were mostly women and they were hired to satisfy the president's fantasies."

Another woman, hired as a protocol officer at the age of 23, told HRW she was forced to have sex with Mr Jammeh in 2015.

The woman, who asked not to be named, said that one day the president called her into his room: "He started undressing me and saying that he was in love with me, that he will do anything for me and my family, that I should not tell anyone because if I do I will face the consequences.

"I felt I had no choice. That day he slept with me without protection."

Another woman who worked as a protocol officer said that they knew if one of them was called it was for sex.

"Some wanted it. They felt honoured or wanted the money," she told HRW on condition of anonymity. 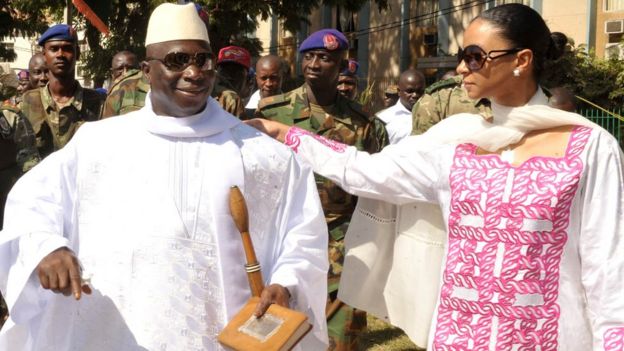 Mr Jammeh, pictured here with his wife Zeinab, won four elections before his shock defeat in 2016

She described how she was sexually assaulted by the president at his summer house, Kanilai, in 2013 when she was 22: "One evening, a presidential aide called me and told me to come with her to the president's private apartment. He asked me to undress.

"He told me that I was young and needed protection so he wanted to apply spiritual water on me."

In an encounter the next day, she started crying as Mr Jammeh began to touch her body. He became angry and sent her away.

She says she was later sacked and a promised scholarship cancelled.

TRRC Executive Secretary Baba Jallow has told the BBC that the commission, launched eight months ago, will focus on sexual violence in September.

"We are aware of allegations involving Jammeh but we have not heard victims on the record yet. Investigations have already started but at this stage we can't say who is involved and how many victims there are," he said.

Read: 'I was tortured in The Gambia'

Ms Jallow wants to create an atmosphere where women will feel safer to talk about rape and sexual assault: "It's a step-by-step thing and the first part is to acknowledge it happened.

"When many other women speak up and it becomes safer and safer," she told the BBC.

President Barrow has said he will await the report of the TRRC before considering whether to pursue Mr Jammeh's extradition from Equatorial Guinea.

Do these political parties exist?
Next Item