EU chief under fire over 'protecting way of life' portfolio

Incoming European Commission President Ursula von der Leyen has found herself under fire for nominating a commissioner responsible for "Protecting our European Way of Life".

Critics say the portfolio, which will oversee migration and security, taps into right-wing rhetoric.

One Dutch MEP described the move as "grotesque" while Amnesty International said it was "worrying".

Migration has become a key political battleground in many EU states.

Some right-wing and nationalist groups have made strong electoral gains with pledges to curb the flow of immigrants into the bloc.

In her letter to him outlining the portfolio, Mrs von der Leyen said "the European way of life is built around solidarity, peace of mind and security".

"We must address and allay legitimate fears and concerns about the impact of irregular migration on our economy and society," she added. 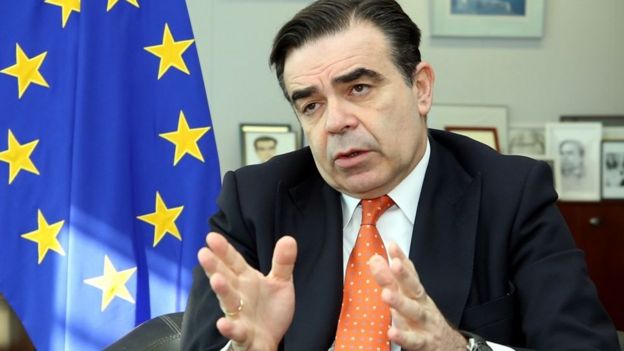 But Amnesty International accused the EU of "using the framing of the far right" by linking migration with security.

"The implication that Europeans need to be protected from external cultures is grotesque and this narrative should be rejected," she said in a statement. 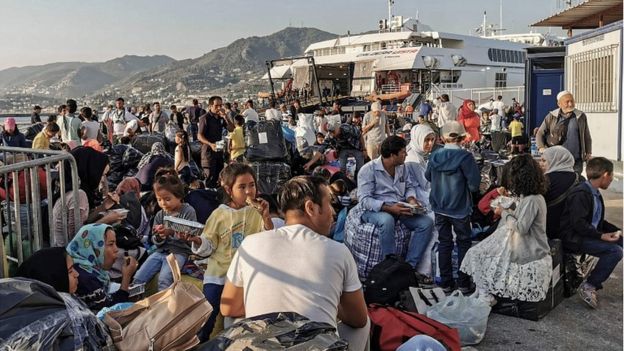 The European Trade Union branded the title of the new portfolio "a far-right slogan".

"Why... is migration in this portfolio? We need protection for our democracy, against climate change etc - not against migrants," it said.

Ska Keller, co-leader of the Greens in the European Parliament, said it was "scary to see a proposal for a portfolio on 'protecting the European way of life' which includes migration and border protection".

"We hope President von der Leyen does not see a contradiction between supporting refugees and European values," she said.

In a tweet, British Green MEP Molly Scott Cato said the "appropriation of the rhetoric of the far right must end".

Responding to the criticism, Mrs von der Leyen said the role had been included in her political guidelines published in July.

"Our European way of life is holding up our values," she told reporters. "The beauty of the dignity of every single human being is one of the most precious values."

Her new executive team of 27 - one for each member state - is planned to be in place for five years. If approved by the European Parliament, it will be the most gender-diverse in EU history, with 13 women and 14 men.