The number of people infected with a new virus in China tripled over the weekend, with the outbreak spreading from Wuhan to other major cities.

The sharp uptick in cases comes as millions of Chinese prepare to travel for the Lunar New Year holidays.

Health officials have identified the infection, which first appeared in Wuhan in December, as being a strain of coronavirus. They say it has led to an outbreak of viral pneumonia, but much about it remains unknown.

Although the outbreak is believed to have originated from a market, officials and scientists are yet to determine exactly how it has been spreading.

South Korea reported its first confirmed case of the virus on Monday, following two in Thailand and one in Japan.

The outbreak has revived memories of the Sars virus - also a coronavirus - that killed 774 people in the early 2000s across dozens of countries, mostly in Asia.

Analysis of the genetic code of the new virus shows it is more closely related to Sars than any other human coronavirus.

Experts in the UK told the BBC the number of people infected could still be far greater than official figures suggest, with estimates closer to 1,700.

What we know about the virus

Who has been infected?

Authorities in Wuhan, a central Chinese city of 11 million that has been at the heart of the outbreak, on Monday said 136 new cases had been confirmed over the weekend, with a third person dying of the virus.

There had previously been only 62 confirmed cases in the city.

As of late Sunday, officials said 170 people in Wuhan were still being treated in hospital, including nine in critical condition. 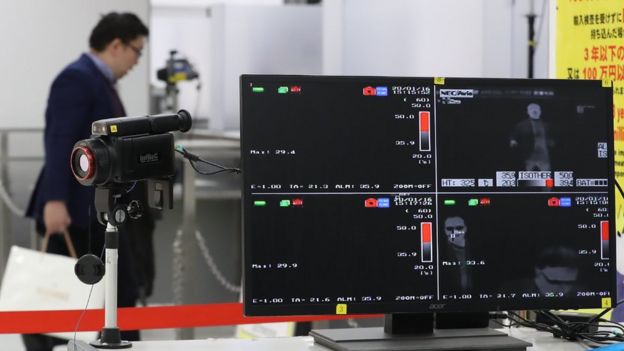 Airports including Narita in Tokyo have been screening passengers

Health officials in Beijing's Daxing district meanwhile said two people who had travelled to Wuhan were treated for pneumonia linked to the virus.

In Shenzhen, a major tech hub close to Hong Kong, officials said a 66-year-old man showed symptoms of the virus following a trip to visit relatives in Wuhan. Eight others in Shenzhen have been quarantined and are under observation to determine if they have the virus. 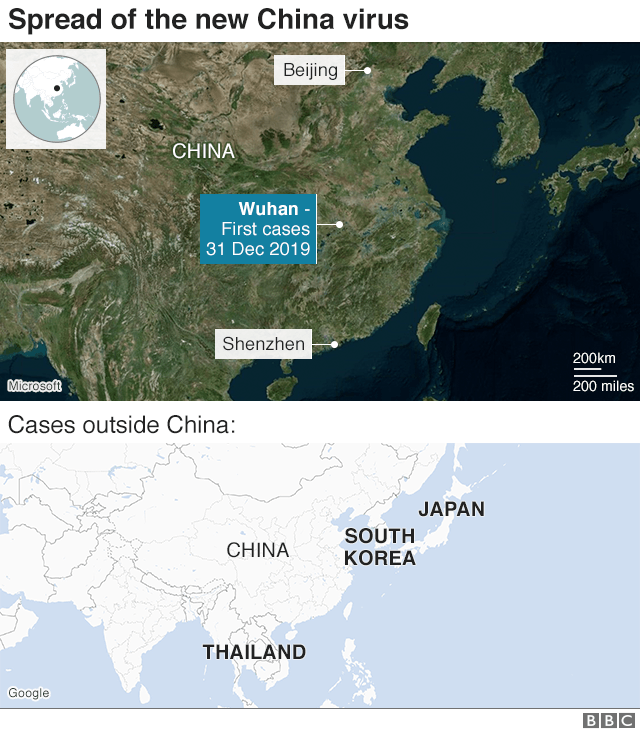 Four cases have been confirmed abroad - all of them involving people from Wuhan or who had visited the city.

In South Korea, the Korea Centers for Disease Control and Prevention said a 35-year-old Chinese woman was suffering from a fever and respiratory problems after travelling there from Wuhan. She was put into isolation and treated at a local hospital.

An animal source seems the most likely primary source of this novel #coronavirus (2019-nCoV) outbreak, with some limited human-to-human transmission occurring between close contacts. pic.twitter.com/L57VUr5d3z

The World Health Organization said it was currently not recommending restrictions on travel or trade, but was providing guidance to countries preparing for any outbreak.

What are the Chinese authorities saying?

How China is responding to the outbreak is under close scrutiny, given that it was widely criticised for initially covering up the Sars crisis in late 2002 and early 2003.

On Monday, Chinese President Xi Jinping for the first time publicly addressed the outbreak, saying that the virus must be "resolutely contained".

The foreign ministry, meanwhile, said China was providing "timely information about the disease" and would "work with all parties to deal with the virus".

State media has been urging citizens not to panic and on Sunday the National Health Commission said the virus was "still preventable and controllable" although close monitoring was needed.

It said there had been no cases of the virus spreading from one person to another, but that it had instead crossed the species barrier and come from infected animals at a seafood and wildlife market in Wuhan. 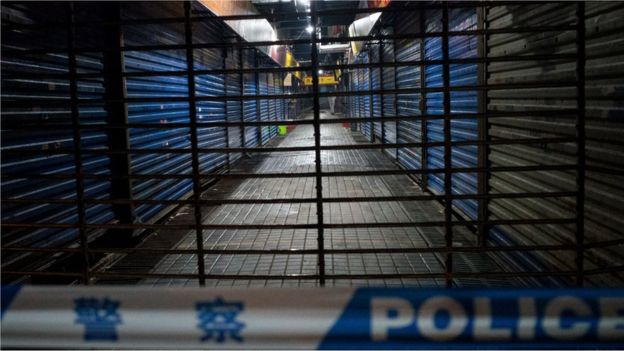 However the WHO said it believed there had been "some limited human-to-human transmission occurring between close contacts".

"As more… cases are identified and more analysis undertaken, we will get a clearer picture of disease severity and transmission patterns," it wrote on Twitter.

It noted that the rise in cases in China was a result of "increased searching and testing for [the virus] among people sick with respiratory illness".

What impact could Lunar New Year have?

From Friday, most Chinese will begin their week-long Lunar New Year holidays.

It's a time when hundreds of millions travel around China to visit family, raising fears that authorities will not be able to adequately monitor further spread of the disease.

Wuhan is a transport hub and authorities there have for nearly a week been using temperature scanners at airports, and train and bus stations. Those showing signs of fever have been registered, given masks and taken to hospitals and clinics. 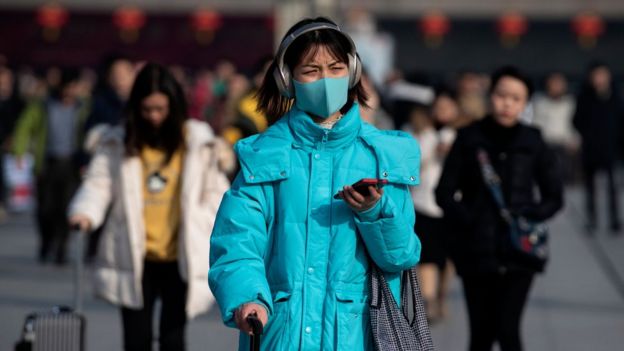 Chinese companies shut down for Lunar New Year, with hundreds of millions of people travelling

Authorities say they will now also be screening everyone leaving the city.

At Beijing's central railway station, some travellers donned masks but did not appear overly concerned about the virus.

"Watching the news, I do feel a little worried. But I haven't taken precautionary measures beyond wearing regular masks," Li Yang, a 28-year-old account manager travelling to the region of Inner Mongolia, told the AFP news agency.

But the tone in Chinese social media, where the outbreak has been a top trending topic, was different.

"Who knows how many people who have been to Wuhan may be unaware that they have already been infected?" one Weibo user said.

New register to save country over GH¢173m
Previous Item
NEXT

What Brexit could mean for Africa
Next Item