Expectations were always going to be high for China to deliver a memorable grand prix.

Unfortunately for those who watched, race number 1,000 will slip quietly into the history books with barely a backwards glance.

But when the lights turned green and the pressure cranked up, Hamilton eased to a comfortable win and a place at the top of the drivers' championship for the first time this season.

The five-time world champion holds a six-point advantage over Bottas in the standings, with an even healthier 31-point gap over fourth-place Sebastian Vettel.

"We arrived here not knowing how we would measure against Ferrari - they were so quick in the last race," Hamilton said in his post-race interview.

Yet as with the opener in Australia and again in Bahrain, it wasn't Ferrari's pace and dominance that had people talking by the drop of the chequered flag.

The phrase 'team orders' seems to be becoming a narrative throughout this season for the Scuderia, with Charles Leclerc ordered to let Vettel past during the opening laps in China.

Former Ferrari driver Gerhard Berger said the team should be allowing the drivers an "open game" to race, with no priority given to the more experienced Vettel as a four-time champion.

Monaco-born Leclerc has already thrown down the gauntlet by declaring Baku one of his "favourite tracks of the season".

"I always enjoy driving on it, especially the castle part with all those tight corners," Leclerc said. "It's a unique track, you cannot find anything like it anywhere else in the world, so it's pretty special."

So, what better place for an all-out scrap than a circuit that has produced controversial upsets and back-to-back madcap races? 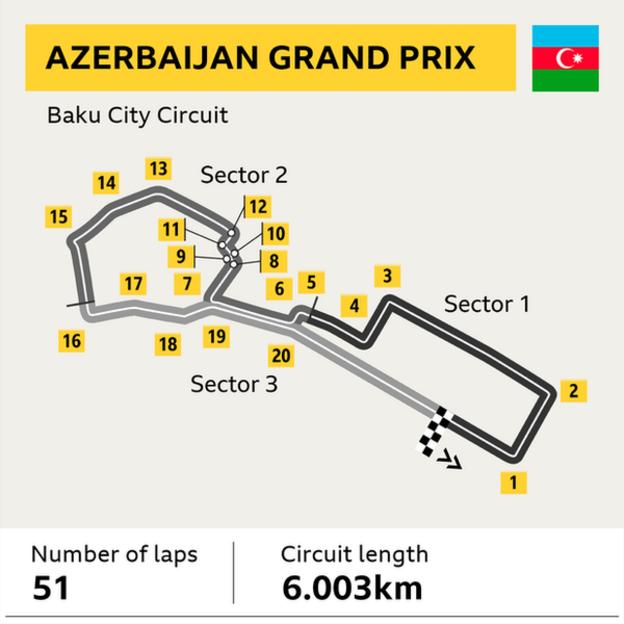 Azerbaijan was given the one-off title of the 'European Grand Prix', following a reputed $70m a year offer for a race to be held in the capital Baku.

A promise of thrills and spills at the fastest street circuit on the calendar didn't initially materialise at the first event in 2016 and the event was labelled a boring dud.

But the mixture of tight corners among Baku's medieval city walls plus an exceptionally long straight through the boulevard along the Caspian Sea gives the circuit all the potential for drama.

And that was borne out in 2017, as numerous crashes, three safety cars and Vettel and Hamilton's 'road rage' controversy all hit the headlines in what was now called the Azerbaijan Grand Prix.

'F1 just got nasty' rang out from all corners as Vettel was penalised for deliberately driving into Hamilton, after the German accused the Briton of brake-testing him before the second safety-car restart. 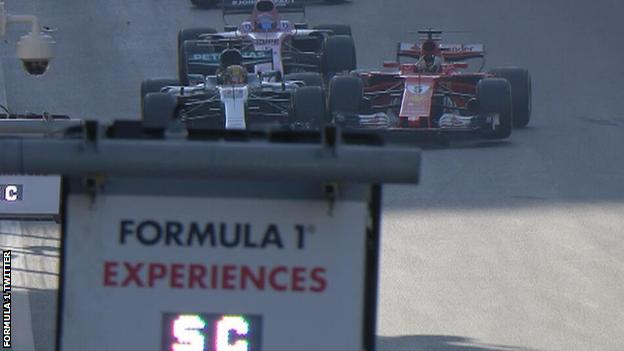 When drivers attack: Vettel was slapped with a 10-second stop-go penalty for his 'road rage' madness in 2017

Red Bull's Daniel Ricciardo held his nerve through the chaos to take the 2017 win, with the unlikely Williams of Lance Stroll celebrating his maiden podium in third place.

Hamilton was handed victory on a plate following an incident-strewn affair that saw race leader Bottas suffer a puncture with three laps to go and pole-sitter Vettel and Ferrari caught out by a late safety car.

Then Red Bull team-mates Max Verstappen and Ricciardo dramatically collided with each other after being on verge of a crash for much of the race.

Both drivers were reprimanded for their part in the controversy and made to apologise to staff at the Red Bull factory.

Giving hope to every midfield runner and struggling backmarker, Sergio Perez of Force India was the Stroll of 2018, taking his place on the podium thanks to the big boys' mistakes.

Williams' George Russell has been reminiscing this week about his first Formula 2 win in Baku last year - surely not even Azerbaijan could pull off that level of craziness?

Shanghai and the 1,000th race festivities may have been a weekend to forget for Ferrari.

However, the team did manage to produce a souvenir that can take pride of place on the Maranello and Brackley fireplaces.

The image has reached a total of 23k likes on Ferrari's official Twitter account alone and has joined the list of most popular pictures so far this season. 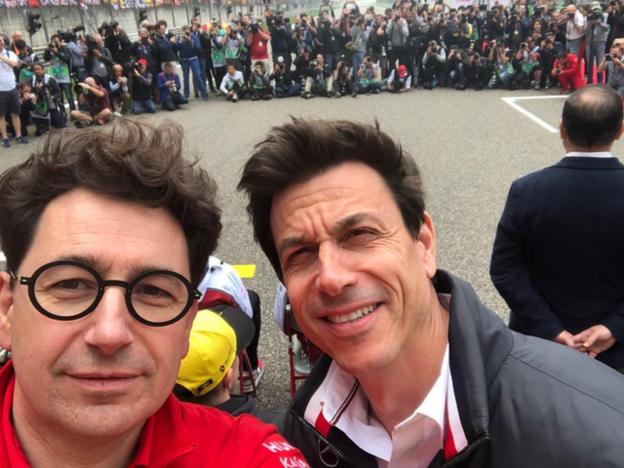 UK fans can cheer the return of sensible hours this weekend after the early morning wake-up calls for China.

All three practice sessions, Saturday's qualifying and the all-important race on Sunday are available on BBC Radio 5 Live Sports Extra.

As ever you can follow every twist and turn with BBC Sport's live text commentary and get involved with your thoughts and predictions using the hashtag #bbcf1 via Twitter. 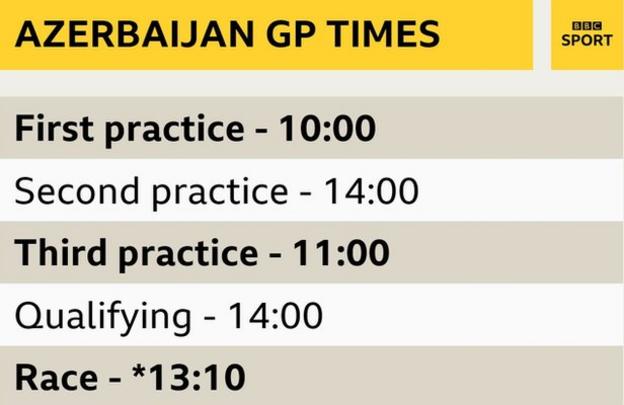 OL to play in “Dubai is Open” jerseys

Kargbo among those handed Fifa life bans
Next Item