He was set to be released on parole later this month but, on Monday, that decision was suspended.

Hewitt's case will now be referred to the country's parole board for review.

Proper procedures regarding the decision to grant him parole were not followed and his victims were not consulted, the Department of Justice and Correctional Services said.

"The [justice] minister noted with grave concern the lack of participation by the victims of crimes in the parole consideration process," it added.

One of Hewitt's victims told local radio station SAfm she had been devastated and angry when she heard the news of his imminent release.

"It came as a huge shock," Olivia Jasriel said. "It's disgusting the way we've been treated. It's just a constant re-traumatisation. I haven't had an opportunity to heal."

Hewitt had reportedly been due to be released on 23 September. It is not known when the parole board will review his case. 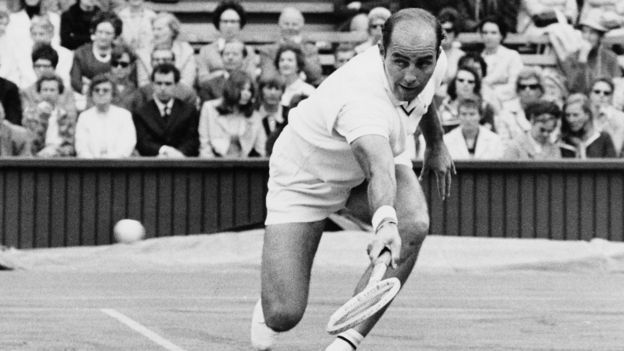 The former tennis player was a multiple Grand Slam doubles champion in the 1960s and 1970s. He initially played for Australia, but later moved to South Africa and took citizenship there.

He was suspended from the International Tennis Hall of Fame in 2012 after abuse allegations.

During his trial for rape, the prosecutor said Hewitt deserved a harsh sentence because he had failed to show remorse and had breached the trust of children.

Female referees in English football up 72%