Sixteen games, 45 goals and two hat-tricks - the Champions League is back.

The first round of group games on Tuesday and Wednesday provided plenty of talking points.

BBC Sport looks back on an eventful start to Europe's most prestigious cup competition.

The Premier League has provided three of the past four Champions League finalists but will an English club make the 2020 final in Istanbul?

Of England's four clubs in the competition, only Manchester City emerged triumphant as goals by Riyad Mahrez, Ilkay Gundogan and Gabriel Jesus secured a smooth 3-0 win against Shakhtar Donetsk in Ukraine.

While holders Liverpool lost 2-0 to Napoli in Italy, Spurs blew a 2-0 lead to draw 2-2 with Olympiakos in Greece.

One of Napoli's scorers against Liverpool was Spanish forward Fernando Llorente - who was a Spurs substitute in last season's final.

Meanwhile, Frank Lampard's first game as a manager in the tournament - which he won as a player with Chelsea in 2012 - brought frustration as Valencia won 1-0 at Stamford Bridge.

So that's where they went

The Morocco winger was last seen on these shores playing for QPR in 2014-15, having also played for Tottenham and Fulham.

This week, the 30-year-old made his first appearance in the Champions League since 2014 when he played for Benfica in their 2-1 home defeat by RB Leipzig. 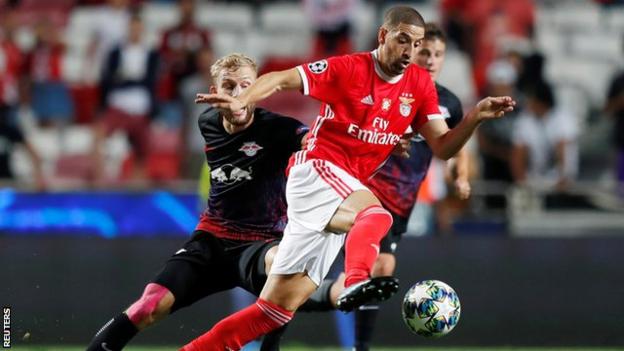 Dutch winger Rajiv van La Parra turned out in Red Star Belgrade's 3-0 defeat at Bayern Munich - less than three weeks after playing for Huddersfield against Luton in the Championship.

The 19-year-old Norway international has become the eighth English-born player to score a Champions League treble. 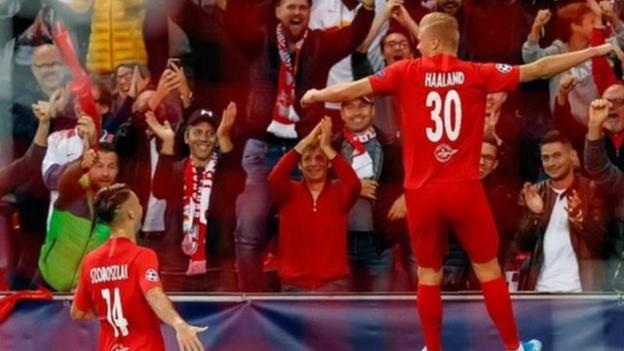 Haaland thinks his team can emulate Ajax, whose young side knocked out Real Madrid and Juventus in a surprise run to the semi-finals last season.

"Everything is possible. We all saw Ajax last year, it would be nice to be the new Ajax," he said.

What a week for Marc-Andre ter Stegen. 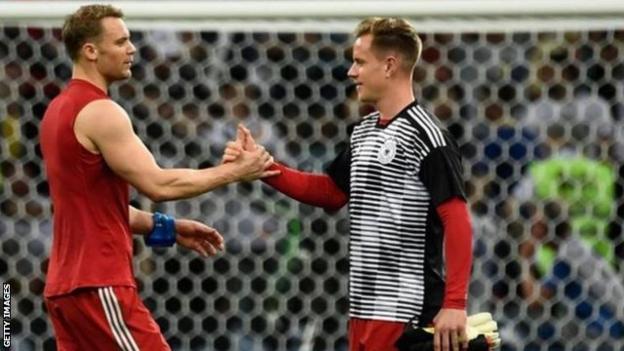 Ter Stegen has been frustrated at playing second fiddle to his rival Neuer in the German national team.

"I don't think it is up to Manuel to express an opinion on my feelings," Ter Stegen said after Neuer had suggested his rival should focus on the national team.

Will his penalty save help him get in the Germany number one jersey?

But could a dispiriting 3-0 defeat at Paris St-Germain spell the end?

"They were superior to us in everything they did, and in intensity, which annoys me the most," said Zidane after Wednesday's defeat.

"They were good and created chances, but what worries me is that we played without intensity."

Zidane's words do not sound like a boss confident of turning things around.

'I didn't want to be the weak person' - Cain

'I wanted to help' - Du Plessis on NHS return

Yeboah was one of the greatest strikers-Klopp

Ayew happy to be back in Swans nest
Previous Item
NEXT

Celtic must stop wonderkid & a £19m winger
Next Item