Alex Neil: Preston manager on his will to work and win

I've got players that have my work ethic - Neil

Walking into the training ground of Alex Neil's Preston North End is to get an immediate sense of the club's achievement.

A small, unimpressive block that resembles a small community centre, it takes a few seconds to walk the length of the dimly lit corridor to the manager's office, which is big enough to fit a desk, two chairs and nothing else. A tiny window has been squeezed into the corner.

A new training ground is on its way, but for now the facility, barely noticeable amid a housing estate, reflects the understated nature of the club, its squad and its manager.

But, up against much bigger clubs, many of whom enjoy the benefit of eye-watering parachute payments, unfancied Preston sit second in the Championship.

The circumstances suggest some sort of alchemy, but Neil describes his own approach in simple terms.

"People would describe me if they didn't know me as no-nonsense, but it's not as clear cut as that," the 38-year-old says. "But I expect, when they go out to train, that they train hard.

"I expect when we're doing running they run as fast as they can, I expect when we go and press the ball we're going to press with a real willingness to try and win it."

'My principles are old-fashioned'

Working on one of the lowest budgets in the Championship, Neil took Preston to seventh in his first season, missing out on the play-offs by just two points. Last term was a step back as they finished 14th, though arguably still above where they should have been. Having been in contention for the top six, they lost six of their last eight games of the season as speculation Neil might join West Bromwich Albion derailed their charge.

In that first season, Preston sold star striker Jordan Hugill to West Ham United for £9m, last season full-back Greg Cunningham left for Cardiff City and, in the most recent window, Neil lost top scorer Callum Robinson to Premier League newcomers Sheffield United for £7m. Unlike many other managers in the casino-style English second tier, the manager does not get riches in return.

Despite a billionaire owner, Preston have spent no more than a total of £2m on transfer fees each season Neil has been there - and the average age of those signed is under 24.

"That's not difficult if I'm being honest," he says. "My principles are pretty much old-fashioned nowadays, but I've got morals, principles, standards, work ethic, all those type of things.

"If you give lads an opportunity from lower levels, you can find that quite easily. Because those lads are really hungry. They've had to work for everything they've got to get to the point they're at, they've never been handed anything, they've never been pampered, they've not got the type of money that makes your belly full where you don't really want to work that extra bit."

Neil could quite as easily be describing himself. He admits he almost never made it as a professional and instead might have joined many of his mates working on a building site. He did forge a respectable career at Airdrieonians, Barnsley, Mansfield and then Hamilton Academical, but none of it came easily and he had to scrap for everything. And none of it lined his pockets. The knowledge that things could have been so different still drives him.

"I do feel fortunate for the position I'm in, I do feel fortunate for some of the successes I've had up until this point. But I don't look at it and think 'wow' that was great. I look at it and think 'that was good, we did well', but it's borne out of hard work. That hunger and determination to do that again, or better it, is what keeps me going." 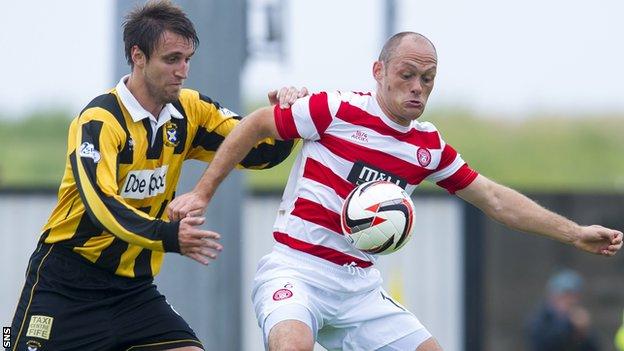 'I've had to improve'

Players at Preston speak of the Scot's attention to detail, his opposition analysis and crystal clear instructions. He's come up against managers such as Nuno Espirito Santo, Daniel Farke, Chris Wilder and Marcelo Bielsa in the Championship and relishes the tactical side of management.

"I think I've had to improve," Neil explains. "Going up against guys like that, you have to put a lot of thought into the process.

"But, more importantly, you've got to take it from your head and put it into the players' heads. It's alright you knowing everything, but it's making them understand how to do it at break-neck speed when it's happening in a game.

"I don't like the word philosophy. Our style of play varies depending on the opposition, depending on the players we've got available. I think that's certainly one thing I've learned, is to be more adaptable."

At just 38 and with 300 games as a manager already under his belt, Neil's success before Preston is well documented. Promotions with Hamilton and Norwich City before he was 35, he suffered his first setback when he couldn't keep the Canaries in the top flight and he was sacked not long into the following season.

His time at Carrow Road was a steep learning curve on dealing with elite players on big money - and on the English game itself. The evidence so far is he has learned and Stoke City's recent interest - rejected completely by Preston - is testament to that. Despite that, it's arguable that Neil doesn't get the recognition he deserves.

"I don't crave the spotlight shall we say. I like to just get my work done and then I'm quite happy, I'm a family man."

Asked if his preference for keeping a low profile might count against him in the future, Neil is unflinching.

"Potentially," he responds. "But I'm not going to change the way I am. I've got to the stage I'm at being how I am and I'm comfortable with that. I think people do want to create a brand of themselves, put themselves out there more and expose themselves and network.

"Unfortunately for me, I just think that's probably more a waste of time than to study a game and get my team ready."

The top two tiers in English football were once awash with Scottish managers. Now Neil is the only one. When once there was a trend, inspired by the success of Sir Alex Ferguson, of appointing Scottish coaches, now foreign managers are more popular, albeit there are only six managers from abroad operating in the Championship, with that number rising to 11 in the Premier League.

As Neil points out, foreign ownership is a big part of that and he dismisses the suggestion that Scottish coaches, along with the national team, have fallen behind in their technical and tactical expertise at the elite end of the game.

"I think the exotic foreign name sometimes catches the eye rather than 'John Smith' round the corner," he explains. "I think sometimes that can prove to be difficult to get the really key jobs to give you the opportunity to become a manager.

"I do think things happen in waves. There's been an influx of German coaches coming over, certainly to England, before that I think it was Italian coaches, so it wouldn't surprise me if it came back round and Scottish coaches do get an opportunity.

"Having met a lot of foreign lads and worked alongside a lot of different foreign players, there's not any difference. There really isn't any difference. A fancy name doesn't make you any better. So Scottish coaches I think will come again and come strong."

If Neil does manage to lead Preston to the Premier League against all odds, just maybe Scottish managers will become in vogue once more.

Sharapova unsure over future after exit

Konta,Edmund & Boulter out of Australian Open

Kotoko fired up ahead of Hearts’

MacPhee 'wouldn't be given fair chance'
Previous Item
NEXT

How green are Premier League clubs?
Next Item