Manchester United closed in on the Champions League places with victory over Chelsea as Frank Lampard's side were left with a sense of injustice after contentious video assistant referee decisions went against them.

United closed to within three points of Chelsea in fourth place with headed goals either side of the interval from Anthony Martial and Harry Maguire at Stamford Bridge.

Martial glanced in Aaron Wan-Bissaka's cross on the stroke of half-time before Manchester United captain Maguire powered in a header from Bruno Fernandes' corner after 66 minutes.

Chelsea felt aggrieved as Maguire was fortunate to escape a red card for kicking Michy Batshuayi in the groin in the first half as they tangled on the touchline, despite the incident being examined by VAR.

And the review system denied them again when Chelsea thought substitute Kurt Zouma had made it 1-1. The goal was ruled out for a push by Cesar Azpilicueta on Brandon Williams, although replays showed United's Fred put a hand on the back of Chelsea's captain.

Chelsea's frustration was complete when Olivier Giroud's 76th-minute header was ruled out because his foot was in an offside position as he moved to meet Mason Mount's free-kick.

Being on the right side of the decisions helped Ole Gunnar Solskjaer's organised and diligent United side to complete their first league double over Chelsea since 1987-88.

Solskjaer's men grind it out

This was not a glittering performance by any means from Manchester United but it can be satisfactorily filed under 'job done'.

VAR was United's friend in two pivotal moments, with Maguire's goal adding insult to injury as Chelsea felt - with understandable conviction - he should have been given a red card for kicking out at Batshuayi.

Where United had the decisive advantage over Chelsea was in front of goal, where they made the most of their rare opportunities with a clinical edge that was notably lacking in their opponents.

Martial was on the margins for most of the first half but showed his quality with an angled header beyond the grasp of Chelsea keeper Willy Caballero.

United sealed an important win that gives them hope of a top-four finish when Maguire escaped the attentions of Antonio Rudiger to head home.

New boy Fernandes will have added to Solskjaer's pleasure with some nice touches, including a free-kick against the post as well as creating Maguire's goal before he was substituted to a loud ovation from the away end in the closing moments.

It puts them firmly back in contention for the top four, with only five points separating Everton in ninth place from Chelsea in fourth.

Chelsea manager Lampard's constant gripe this season has been a lack of cutting edge to accompany some neat approach play and plentiful possession - and so it proved again here.

As they continued a slump that has brought only one win in six league games, Chelsea again paid a heavy price for once more failing to make the most of the opportunities that presented themselves.

With Tammy Abraham sidelined through injury, responsibility fell on Batshuayi - but the Belgium striker looked short of confidence and drew Stamford Bridge's wrath when he missed two first-half chances.

The experienced Giroud looked more threatening when he came on but it was too late for Chelsea, who came up short again.

These are difficult times for Lampard as he must find a way to drag Chelsea out of their current form, get his strikers scoring and deal with a dilemma over his goalkeeper - with £71m keeper Kepa Arrizabalaga clearly behind 38-year-old Caballero.

It means the stakes are high in the battle for top-four places when Jose Mourinho's Spurs visit Stamford Bridge on Saturday lunchtime. 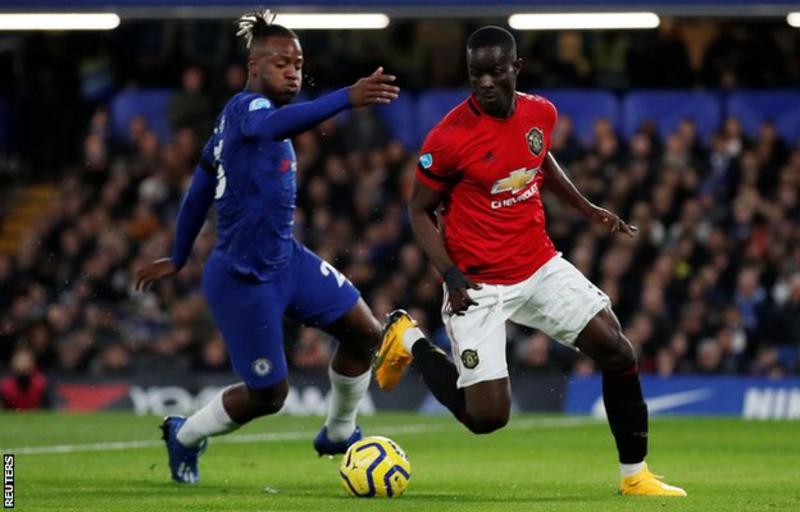 Chelsea host Tottenham in the Premier League on Saturday (kick-off 12:30 GMT) while Manchester United travel to Club Bruges in the Europa League on Thursday, followed by a Premier League game against Watford on Sunday (14:00 GMT).

Solskjaer's away joy against top sides - the stats

R&A announces cancellation of The Open