Porsche set to lead the charge at Frankfurt show

High tech electric cars, like Porsche's Taycan are set to garner much of the attention at the show

The Frankfurt Motor Show, which gets under way later this week, will showcase some of the most exciting new models the car industry has produced in years. Yet even the organisers admit the event is not quite what it used to be.

Inside the vast exhibition halls, an array of high-tech new electric designs will certainly be attracting plenty of attention.

But outside dark political clouds are looming, and behind the scenes the legions of be-suited executives are likely to be worried - about trade tensions, falling sales in key markets and, of course, Brexit.

The Internationale Automobil-Ausstellung, or IAA, remains one of the biggest motor shows in the world. There will be more than 800 exhibitors from 30 countries, spread across an area the size of 24 football pitches. 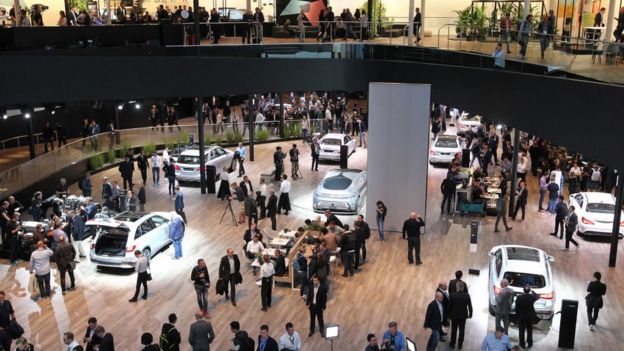 Frankfurt remains one of the world's biggest motor shows, but several big names will be missing

Yet although the major German carmakers - VW Group, Daimler and BMW - will be determined to put on an elaborate display at their home event, other big names will be missing, among them Toyota, Nissan, and Fiat Chrysler.

This has been a trend for a number of years now, and not just at Frankfurt.

Exhibiting at car shows is expensive, while manufacturers are investing huge sums in developing new technologies, such as electric cars and autonomous systems, and their budgets are under pressure.

While major events like the IAA do attract a lot of publicity, there's also a great deal of competition for headlines. Small wonder then, that carmakers are increasingly becoming choosy about where and when they show off their wares. 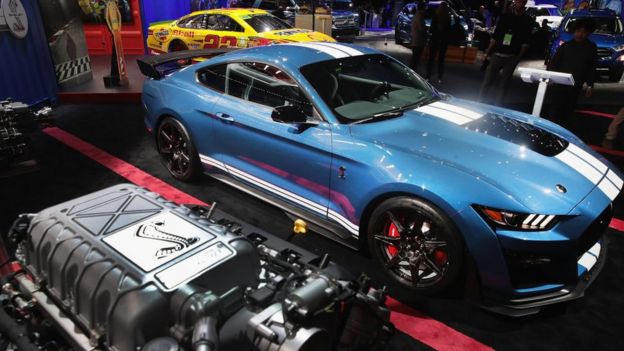 Ford's Mustang Shelby GT 500 at Detroit earlier this year, but the firm is not coming to Frankfurt

"We believe such events provide a more focused environment where we can take the time with our audiences rather than in the busy arena of an auto show", says spokesman John Gardiner.

Meanwhile the German automotive industry association, the VDA, which organizes the Frankfurt show, is well aware the world is changing. It wants to focus more attention than ever on new technologies, such as electrification, automated driving and connectivity.

As the VDA president Bernhard Mattes put it at a press conference ahead of the event, "we have recast the IAA - as the international platform for the individual mobility of the future".

Against that backdrop, it is no surprise that many of the biggest attractions at the show will be electric. 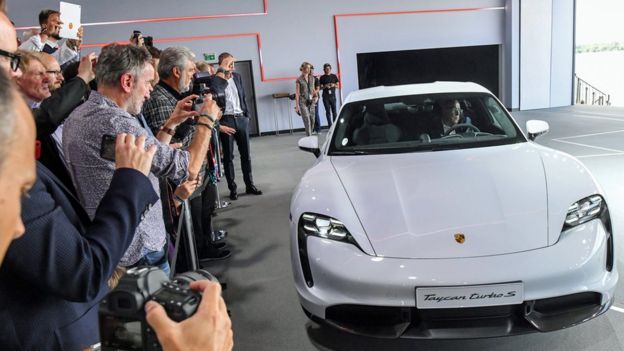 Taycan may be leading the drive by Porsche - and its parent VW - to dominate the electric car market...

They include the new Porsche Taycan. Officially unveiled last week, it is the first all-electric model ever to be produced by the Stuttgart manufacturer, and goes into production at a brand new factory today.

It has a top speed of 161mph, and is capable of accelerating from 0-60mph in 3.2 seconds, while it has a range of 279 miles between charges.

This makes it a bona-fide sportscar, although critics have been quick to point out that in performance terms it still has some way to go to match its closest rival - the well-established and cheaper Tesla Model S.

But arguably more significant in industry terms is the new ID.3, a battery powered hatchback which will be unveiled in Frankfurt. 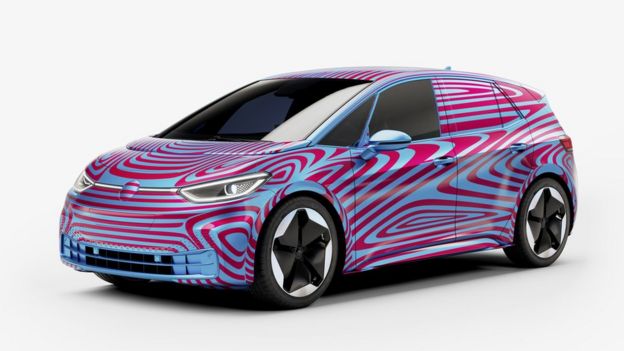 ...but it could be VW's electric hatchback ID.3 that ends up being more significant

In the wake of the 2015 diesel emissions scandal, Volkswagen announced it would invest tens of billions of euros to develop an entirely new generation of electric cars, using a toolkit of common components in order to keep costs down.

The ID.3 is the first of those new models to go into production, and its launch is a highly symbolic moment for the VW Group. The point is being reinforced by a rebranding exercise, which will also see the company unveil a new logo at the show.

That will probably ensure the VW Group hogs the headlines. But its rival Daimler will be hoping to claim at least a share of the limelight. 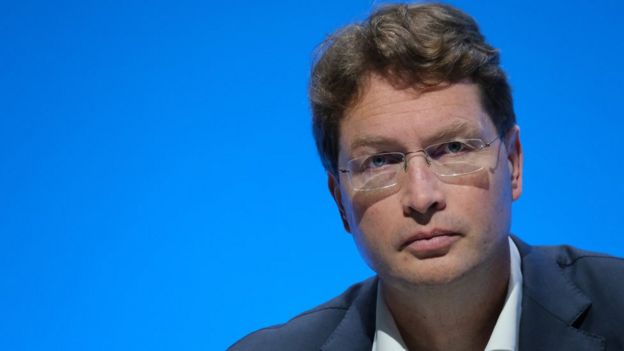 The company has been badly affected recently by falling sales of diesel cars, the effects of global trade tensions, and the need to recall and fix tens of thousands of cars which were allegedly fitted with emissions cheating software.

Under its new chief executive Ola Källenius, Daimler has launched a major cost cutting drive in an effort to boost its profits. It is also working with other manufacturers to pool the costs of developing new technologies.

It is planning to show off a new electric people carrier, the EQV, as well as a concept for an electric saloon, the EQS. 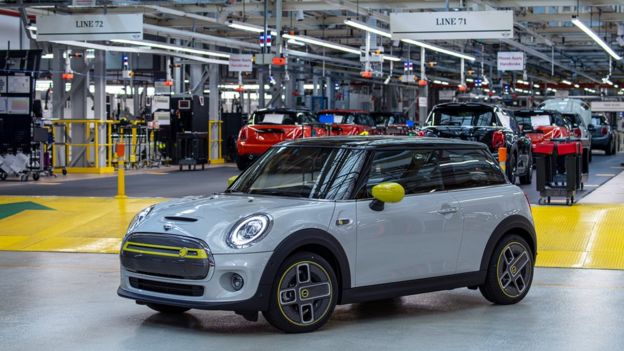 BMW will use the show to put its all-electric mini on display. The new model will be built at its plant in Oxford, with production beginning next year.

Jaguar Land Rover, meanwhile, is also hoping to make an impact with a new take on an old favourite. The company will reveal its new Defender - a replacement for the rugged off roader that fist rolled out of the factory in 1948, and remained in production for an astonishing 67 years.

Microsoft offers a closer look at next Xbox

Apple hits back at hack claims
Previous Item
NEXT