Facebook's Libra should be blocked in Europe, France says

France says it will block development of Facebook's Libra digital currency in Europe because it threatens the "monetary sovereignty" of governments.

However, he did not spell out how France could keep Libra out of the 28-member European Union.

The social media giant announced plans for a currency in July, but the project has faced hostility and scepticism.

Talking about Libra at a meeting of the Organisation for Economic Co-operation and Development, in Paris, Mr Le Maire said: "This eventual privatisation of money contains risks of abuse of dominant position, risks to sovereignty and risks for consumers and for companies."

Mr Le Maire said he had been in touch with both the incoming and outgoing heads of the European Central Bank about setting up a "public digital currency" under the aegis of international financial institutions.

"Libra also represents a systemic risk from the moment when you have two billion users. Any breakdown in the functioning of this currency, in the management of its reserves, could create considerable financial disruption," said Mr Le Maire.

"All these concerns about Libra are serious. I therefore want to say with plenty of clarity: in these conditions, we cannot authorise the development of Libra on European soil."

Although Libra would not be decentralised, like other cryptocurrencies, control would be give to a Switzerland-based non-profit association.

But in another setback for Libra, this week Switzerland said the proposed payments system could face strict rules that typically apply to banks, on top of tough anti-money laundering laws.

The European Commission has responded to Mr Le Maire's announcement, saying it would look at all aspects of Libra to understand issues ranging from tax concerns to worries over data privacy.

Asked about France's stance, Vanessa Mock, a spokeswoman for the commission, said: "It's likely that once we know more [about] the contours of the currency, the project will require some form of authorisation in Europe."

"Then it would be up to the Libra association to contact relevant authorities - be they national or at EU level - to obtain the necessary licenses, if needed, before launching in the EU." 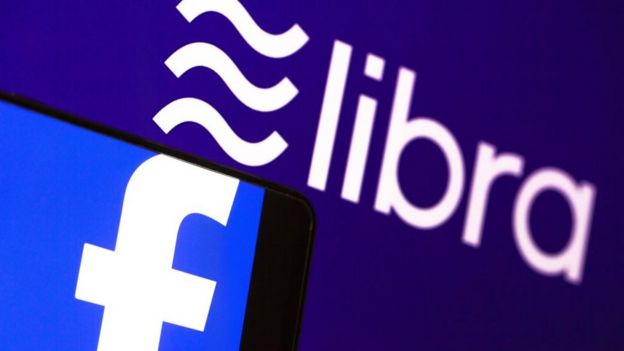 Facebook's Libra Association said Mr Le Maire's comments highlighted the importance of its conversations with regulators around the world.

"We recognise that blockchain is an emerging technology, and that policymakers must carefully consider how its applications fit into their financial system policies," Dante Disparte, head of policy at the association.

Libra, which has the backing of payments firms Visa and Mastercard and taxi apps Lyft and Uber, is expected to launch next year.

The Group of Seven advanced economies warned in July that it would not let Libra proceed until all regulatory concerns had been addressed, saying that a prolonged discussion over the project might first be required.

The US Congress is looking into Libra's potential impact, while central bank chiefs, including the UK's Mark Carney, have voiced scepticism. US President Donald Trump has tweeted he is "not a fan" of the currency.

Arrests in 10 countries over scams
Previous Item
NEXT