Microsoft's president has called on the US to end a ban on it supplying Huawei with Windows software for the Chinese company's computers.

Huawei was blacklisted by the Trump administration in May over claims it posed a threat to the US's security.

That prevents American companies from providing it with their latest tech.

Brad Smith said he did not believe the US's security would be "undermined" by letting Huawei's customers use its operating system or Office apps.

"Governments around the world are going to address their national security needs," he told BBC News.

"We're one of a number of companies that has applied with the US Commerce department so that we can continue to provide our software operating system to Huawei for devices like laptops.

"There may be some issues that require some approaches around 5G but one should ask whether that is the right approach for all of the equipment that a particular company might make." 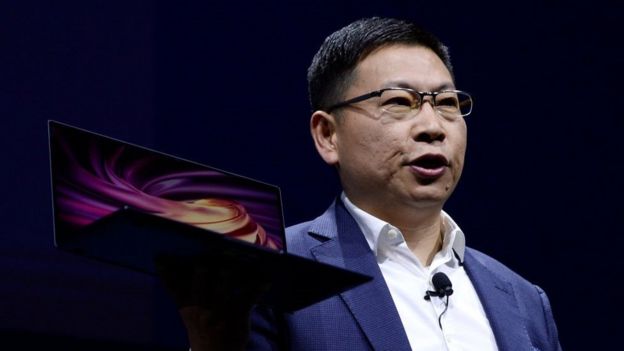 US Commerce Secretary Wilbur Ross said in July his department would issue licences to exempt companies from the ban on selling technology to Huawei, as long as there was no "threat to US national security".

This would not have affected a separate order from US President Donald Trump that effectively banned Huawei from selling 5G equipment to US telecom networks.

However, the Commerce Department does not appear to have issued any such licences despite receiving more than 100 requests.

As a result, Huawei will launch its latest Android flagship handset on Wednesday without some of Google's key apps, including YouTube, Maps and its Play Store.

BBC News has learned it will instead pre-install the Huawei Mobile Service suite of software on the Mate 30 handset, providing in-house alternatives to Google's products.

In addition, Huawei intends to offer a service in phone shops to teach users how to load Google's software on to the Mate 30 themselves.

For its part, the Shenzhen-based company denies it poses a cyber-security risk because the Chinese government could make it compromise its customers.

"Huawei's devices and networks are not a threat to the United States, or any country," its website states.

"We fully abide by all local laws and regulations in every nation we operate in."

Mr Smith is Microsoft's longest-serving executive and doubles as its chief legal officer.

His comments were made during a wider interview given to the BBC to promote a book about Microsoft's views on regulation and other topical issues.

Mr Smith acknowledged the Commerce Department needed "time to consider" which companies to grant licences to.

But he added: "We don't think that the security of any country is undermined by people being able to use our search service or use our productivity applications, to use Outlook or Word.

"We think that actually spreads opportunities for people."

Huawei's founder, Ren Zhengfei, has described his company as being in "a life or death crisis" and there has been speculation the Chinese government could retaliate by putting restrictions on US technology companies in turn. 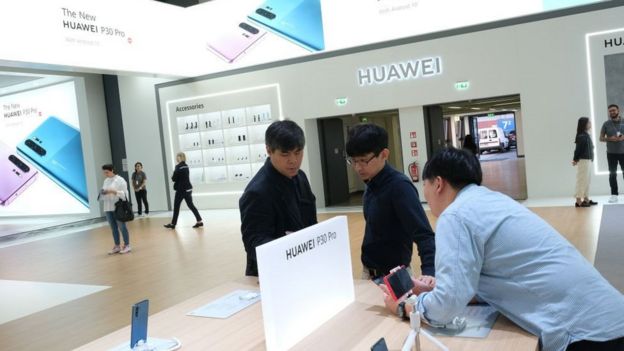 Huawei will be unable to pre-install apps, including YouTube and WhatsApp, on the Mate 30 nor can it provide the Play Store

Mr Smith signalled Apple and others were more exposed to such a threat but added he was also concerned about how research partnerships could be affected.

"We don't have as big a business in China as some other tech companies - only 1.8% of Microsoft's revenue is generated in China," he said.

"At the same time, we are worried about the impact.

"We would worry if we can no longer bring together researchers at Cambridge University or the west coast of the United States or Beijing or Bangalore.

"That's where we're going to continue to find the solutions that the world needs. So yes, we are worried if we can't step back and have countries strike the right balance."

Is the US about to split the internet?

Instagram clamps down on weight loss posts
Next Item