Smart phones are incredibly popular these days, but what happens to people's old devices when they decide to get a new one?

Whether your phone is a hand-me-down you've been given, or you've managed to get your hands on a brand new device, there's no denying that smart phones are incredibly popular these days.

Smart phones are big business and mobile phone manufacturers are regularly bringing out updated versions of their devices to keep up with demand.

The latest phones come with newer designs and features and many people choose to get an upgrade to take advantage of these updates.

ust last week, Apple released the latest version of the iPhone, which comes with lots of new changes including a 'pet portrait' mode.

Customers upgrading for the latest smart phone is common place nowadays, but just how good is it for the environment?

What is an upgrade?

Many mobile phone users are on something called a contract. Users pay their phone company a set sum of money every month or year which covers the price of their phone and any calls and texts they make, plus data they use.

When a person's contract ends, they may be given the option to get an upgrade. This enables them to start a brand new contract which often means they can also get a brand new phone.

What's in your smart phone?

Each smart phones contains up to 60 different materials including metals, plastics, ceramics and resin.

These include a number of precious minerals from indium, which makes touch screens sensitive, to lithium which is found in smart phone batteries.

Why can't we just throw our old phones away? 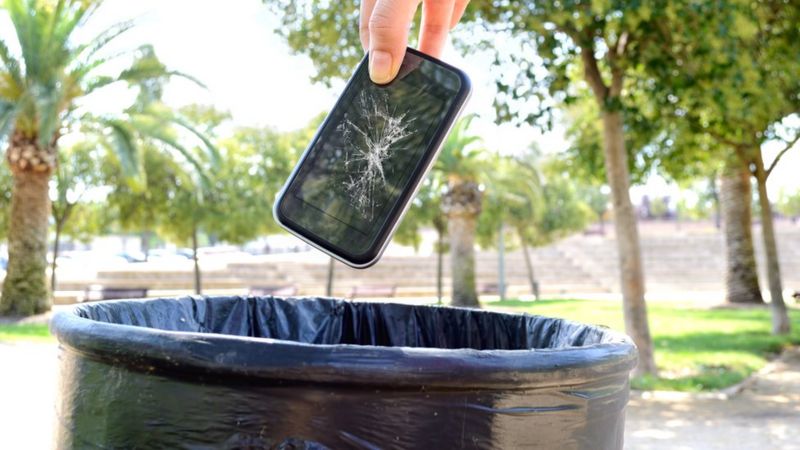 Some people might choose to discard their old smart phones, but this can have a negative impact on the environment.

Many modern smart phones contain substances that can be harmful to biodiversity if they end up in landfills.

Lots of devices also end up abandoned in drawers and cupboards. It's estimated that as many as 40 million unused gadgets are currently sitting in people's homes, but this can also have negative effects.

If materials from old phones aren't reused, more resources have to be mined when phone companies make new devices, many of which are in short supply on Earth.

Children can end up mining minerals illegally and plant and animal life are also affected by the processes.

Moreover, fossil fuels are often used to extract elements from the Earth, releasing greenhouse gases into the atmosphere.

Is it better to recycle your old phone or to carry on using it?

Under a new EU law introduced last year, phone companies have to provide their customers with a way to return used electronic devices free of charge if they're swapping them for new devices.

There are also a number of organisations which allow people to recycle their old phones in exchange for cash. 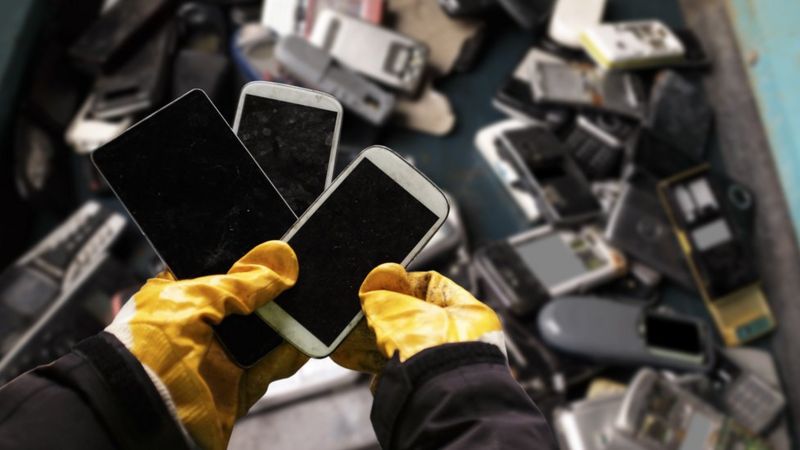 Smart phones contain lots of materials that can be reused

Some say this is ideal as the materials from these phones can be reused to create new devices, making the manufacturing process more environmentally friendly.

Others think that holding onto your old phone for as long as possible is the way forward.

Phone batteries can become less efficient over time and screens can get cracked or scratched.

However, many phone parts can actually be replaced fairly easily. This can improve the overall performance of devices and can also be a lot better for the environment.

What about environmentally friendly phones? 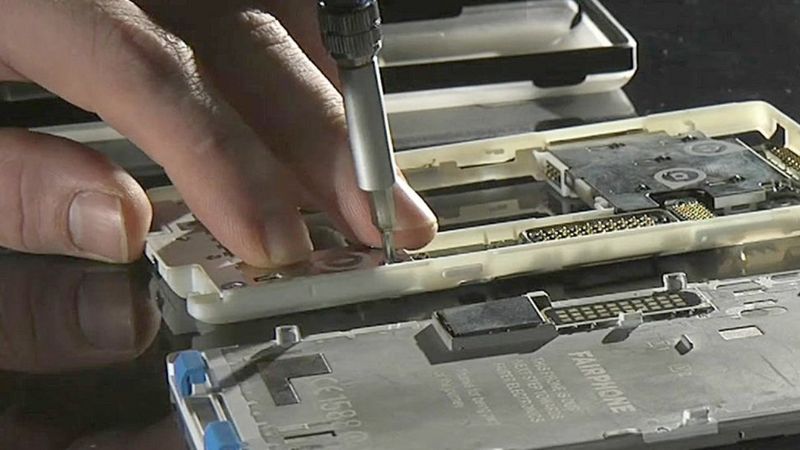 To tackle issues around smart phones and the environment, some companies have tried to make more sustainable devices.

For example, the Dutch company Fairphone has just released their latest mobile which they say can last for five years.

It can be repaired more easily compared to other devices and the materials used to make the phone are ethically sourced.

Instagram clamps down on weight loss posts
Previous Item
NEXT