Geraint Harries, a technology specialist, for St John the Evangelist in Lancashire, admits that when his parish first started using social media, it didn't get it quite right.

"At first we didn't really know what social media meant for the church and fell into the trap of simply chasing the number of likes and followers on our Facebook page," he says.

But when a parishioner credited the Facebook page for her decision to return to the church, then he felt the strategy had started to work.

Weekly posts on the social media page of the church which simply asked "How can we pray for you today?" resonated with the woman going through a divorce last Christmas.

"Sometimes it can be daunting to turn up in person to a service so connecting online, more anonymously, can make it easier to take that first step into the building which happened here," he adds. 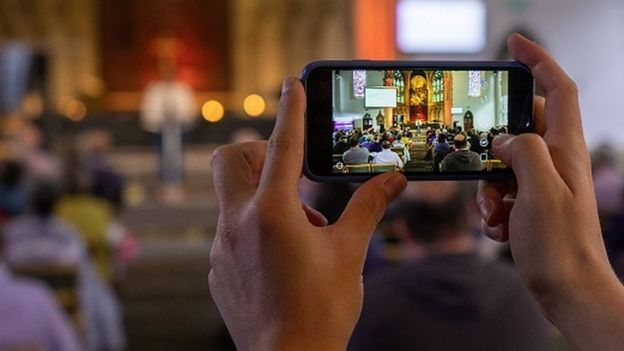 Getting more people through the door is a challenge for the Church of England.

However, while physical attendance has been in decline, digital efforts appear to be gaining traction.

Under the Digital Labs programme, more than 2,000 C of E parishes have attended sessions across the country since 2018, getting advice on Facebook, Instagram, SEO and sharing best practice.

Mr Harries runs blog writing master classes. "Attendance at our Sunday service has gone from 15 to 80 in the last few years and we're the fastest growing in the Blackburn diocese and part of this is down a strong digital presence," he says.

"However, it's important to remember that it is a shop window for your church and then it's down to the church whether people stay and remain engaged, which is why we're always looking at how we can improve."

High on its agenda are plans to extend opening hours, and tech is helping with that challenge as well.

Many rural churches stay closed outside of the scheduled services to deter vandalism and crime.

Thanks to an infrared digital tracker, Revesby St Lawrence in Lincolnshire discovered that hundreds of people were arriving at the venue only to find it shut. In response the church revised its opening hours. 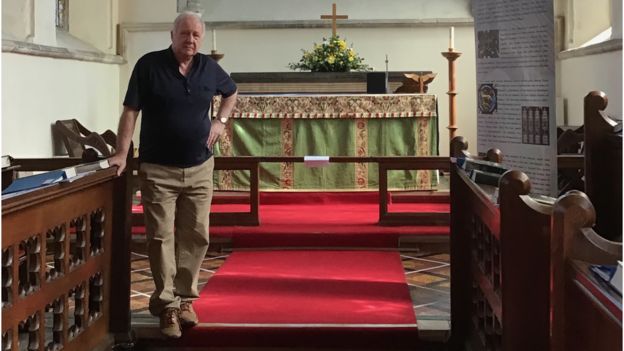 At St Mary's in Chartham, Kent, the deployment of a high-quality CCTV system means the building can be left open.

"Some of the old guard were worried about theft, but we were determined to be open and available to the whole community," says churchwarden Robert Allen.

"I was speaking to one woman whose grandson was seriously ill and had come into pray one weekday afternoon.

"She said that she didn't want to attend services but liked being on her own when it was quiet, which wouldn't have been possible before. Many people are coming here outside of the main services simply for contemplation."

For the time being, the camera also serves as a makeshift attendance monitor while the parish applies for a digital counter to keep track of congregation growth.

Attendance figures have an impact on the level of income a parish pays to the diocese, known as the Parish Share, so keeping an eye of the numbers is imperative, Robert says.

"If you don't pay a Parish Share, you don't get a priest, it's simple as that. The amount covers all clergy expenses, salaries and pensions."

It explains why a growing number of churches are using specialist software. Churchsuite is a cloud-based church management system, which currently has around 1,800 churches of all sizes and denominations.

Aside from reporting the numbers, managing director Gavin Courtney claims the tool can drive engagement with members whose commitment may be wavering, though he adds the use of technology in this capacity can sit uneasily with some traditionalists.

"It can back up a hunch; if the vicar thinks that a particular member of the congregation hasn't been around as much as usual, they can check the numbers on Churchsuite and if confirmed, reach out to that person.

"There are some who believe that the clergy should just be able to sense if someone is drifting away from church and that it's really more of a pastoral issue, but in larger organisations this may not always be possible."

While UK parishes have trailed the US market in using this kind of software, Mr Courtney cites legislative demands such as General Data Protection Regulation (GDPR) which have prioritised data management as driving a surge in usage.

Increasingly, the technology is being used to manage all aspects of parish life, including organising the rota for flower arranging (an "historic mess" to sort out manually, says Mr Courtney), planning the electoral role and handling finances.

"There's more online giving and gift aid claims to deal with now, and more opportunity in using data to anticipate how much income is coming in, which was never really the case before," adds Mr Courtney. 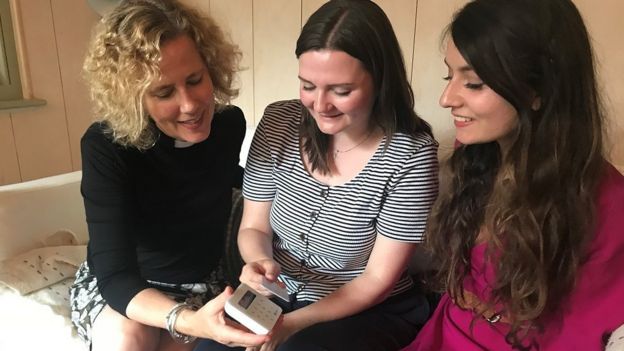 Indeed, the Reverend Margaret Cave of Christchurch East Greenwich has seen first-hand how more flexibility over payment has left her church less reliant on people having loose change, having trialled a contactless collection plate.

"Where we would traditionally just pass around the velvet collection bag, we now use a contactless card reader as well, which has increased donations," she says, though doesn't want to be drawn on figures.

"In fact, because my curate is leaving, we set up the card reader with several donation options the other day and ended up raising £200 for his present from the congregation who were using their Apple watches to pay."

"Of course, there's some members who prefer to stick with cash but there's been no resistance. It's so important for churches to embrace technology as it speaks of how we're a church for 21st Century people."

What to expect from Pixel 4 event
Next Item