Volvo is one week away from unveiling the first EV under its own brand, an all-electric version of the company’s popular XC40 SUV. On Wednesday, the Swedish automaker said the car will mark another first, too: it will be the first Volvo car with an infotainment system built on Google’s new embedded Android Automotive software.

That means the new electric XC40 will come with features and apps like Google Assistant and Google Maps built in, with no need for an Android smartphone. The SUV’s infotainment system will also have access to the Play Store, allowing owners to download apps that Google’s approved for automotive use.

We’ve known for more than two years that Volvo was working on integrating Android into its cars. In fact, Google showed off an early version of the software running on a gas-powered XC40 at its 2018 I/O conference. Now, this won’t necessarily be the first car with embedded Android, nor will it be the first all-electric in the wider Volvo Group. Volvo’s performance sub-brand Polestar has claimed both of those titles with its Polestar 2 EV, which is slated to go on sale in 2020. But Volvo’s XC40 is a more affordable, higher-volume car that will reach more customers. 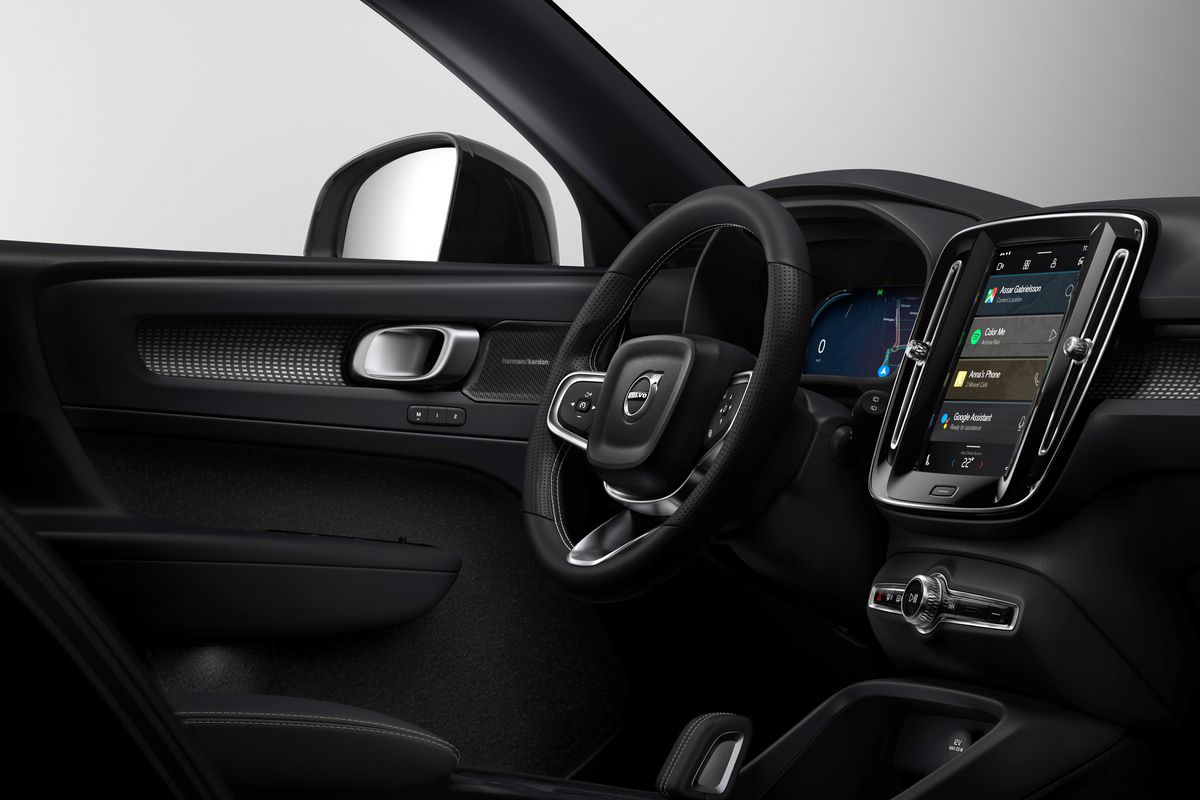 The deep integration of Android will allow drivers and passengers to use Google Assistant to change things like climate settings, and it will also enable over-the-air updates that can add new features or address some maintenance issues, according to Volvo. And yes, Google and Volvo’s system will allow people to plug their iPhones in and use Apple CarPlay.

While all of this added functionality will make for a different experience compared to what is currently available inside a Volvo car, the new infotainment system will still look familiar to anyone who’s used the automaker’s existing Sensus software.

That’s one of the main goals of this whole partnership model Google’s pursuing. The tech giant provides a reliable software backbone, which each automaker gets to develop and brand to their liking. Beyond Volvo, Google’s also signed up big names like General Motors and the Renault-Nissan-Mitsubishi Alliance. It’s a far cry from a few years ago when automakers were so hesitant to let tech companies take over any small slice of the in-car experience that many slow-rolled their initial adoptions of Android Auto and CarPlay.

China, US spar over games and apps
Next Item