Primark warns shoppers not to buy its products online

Primark has warned customers not to purchase its products from third parties online as they will be paying higher prices for them than in store.

Reports had suggested Primark - which does not have an online shop - was now selling its products on Amazon.

However, the High Street chain said that it did not have a commercial relationship with Amazon.

"We encourage our customers to visit us in our stores to find the best value," Primark said on Twitter.

"We do not have a commercial partnership with Amazon and any Primark products which appear on the site are being re-sold by third parties, at higher prices."

The BBC found popular Primark homeware and fashion products on both Amazon and eBay at a mark-up of between 50-75% in price.

Many customers took to Twitter to respond to Primark, asking the retailer to reconsider its stance and open an online store as they were unable to visit a Primark store for a variety of reasons.

Or maybe some people don’t have a store nearby, or people have disabilities, or the store barely has any of the stuff advertised so people have to miss out etc etc etc. There’s so many reasons for people to shop online that have nothing to do with being lazy.

Other Twitter users said that they were happy to visit Primark's stores because they did not want prices to rise.

And then it would cost twice as much. What they should do is allow you to order online and collect from store. Delivery would never be viable whilst maintaining their low prices.

Primark, which is owned by Associated British Foods, is well known for its very low prices.

The chain, which was founded in 1969, does not have an online store or offer click-and-collect services for its products.

In November 2018, Primark's head of ethical trade and environmental sustainability Paul Lister was asked by MPs to justify how the retailer could afford to keep prices so low, as part of a government inquiry into the environmental impact of fast fashion. 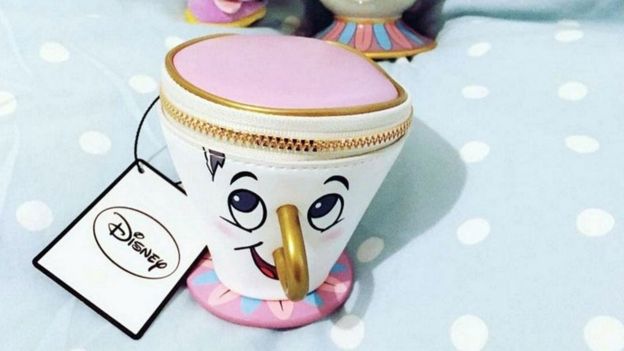 He said the fact Primark did not advertise meant the retailer could save up to £150m a year.

In March 2017, a £4 Chip teacup purse that was released in conjunction with the Beauty and the Beast live-action Disney film was so popular that people began bulk-buying the item and selling it on eBay for as much as £80.

The purse was sold out until Primark flooded its stores with the product, bringing its value back down again, and a similar situation occurred with a porcelain teacup version of the product later that year.

Up close with Google’s new Pixel 4
Next Item