Microsoft to launch xCloud in 2020, with PS4 controllers and PC streaming on the way

Microsoft is planning to launch its xCloud game streaming service in 2020, and the company is expanding it to Windows 10 PCs next year, too. “My expectation is that it will be generally available in 2020,” says Phil Spencer, Microsoft’s head of gaming, in an interview with The Verge. Microsoft is planning to integrate Project xCloud with Xbox Game Pass next year, allowing players to stream games from the company’s subscription service direct from the cloud.

While Microsoft is committing to some type of launch next year, it’s not ready to talk about price or exact launch dates yet, but the company is also planning to bring xCloud to Windows 10 PCs and it sounds like PC games could be streamed here in the future.

Microsoft is only saying “next year” for Windows 10 support, but it’s more likely we’ll see it appear in the next few months than toward the end of 2020. I asked Kareem Choudhry, the head of cloud gaming at Microsoft, about how the company will handle keyboard and mouse support for Xbox games when they’re streamed via xCloud to a PC. Not many Xbox games support keyboard and mouse right now, and there’s a challenge getting developers involved. “What you’re saying is absolutely true for Xbox game content right now, but there will be more types of content,” says Choudhry.

That sure sounds like Microsoft is planning to stream PC games through xCloud in the future, but Choudhry is only hinting at this future right now. Microsoft isn’t committing to exactly where xCloud will go here. 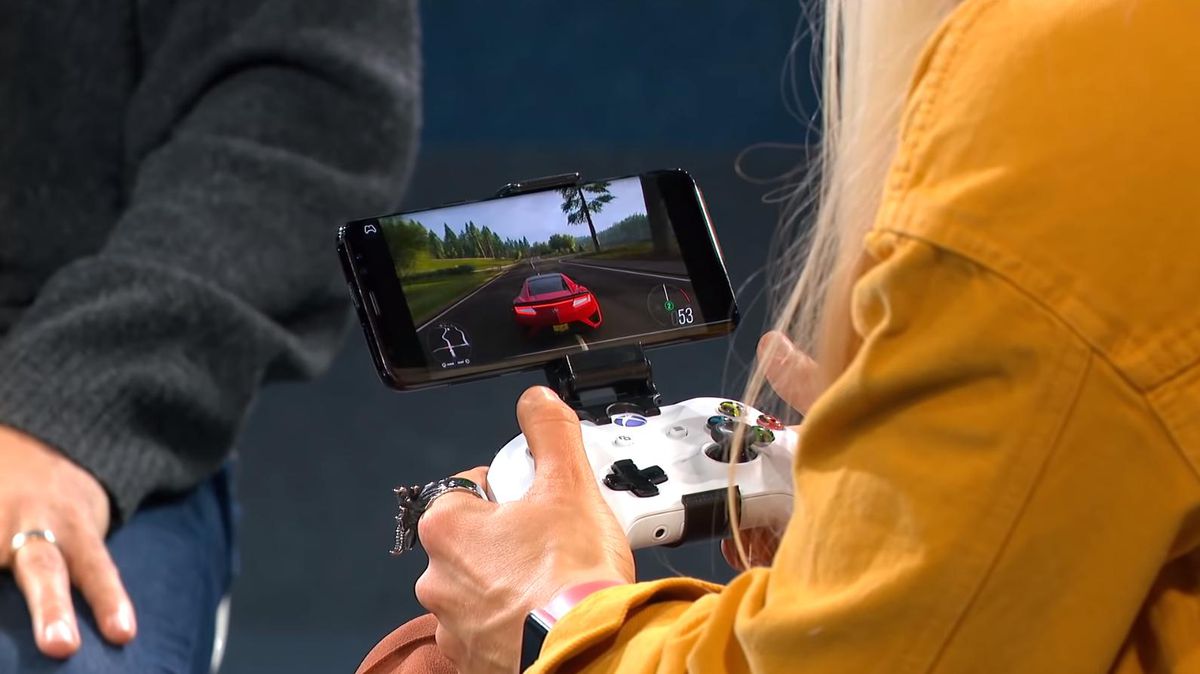 With an xCloud launch in 2020 and an expansion beyond Android, absent from the list is still iPad and iPhone support. That looks like it’s about to change, though. “We have a prototype app up and running, it’s playing well,” explains Catherine Gluckstein, general manager of xCloud, in an interview with The Verge. “We would love for it to launch on iOS, and in due course it will. We’re working with Apple.”

I saw the prototype iOS app on some iPhone devices, but Microsoft isn’t let anyone try it out at the company’s X019 event in London this week. It’s notable that Google is also launching Stadia next week without any iOS support, and it’s likely that whatever is holding back immediate iOS support on both xCloud and Stadia is probably related to Apple’s App Store policies.

Apple initially rejected Valve’s own game streaming app over “business conflicts,” before revising its App Store rules and eventually allowing the rejected app to launch on iOS earlier this year without the ability to purchase games from the Steam store. Apple is increasingly facing questions over its alleged monopolistic practices with the App Store, and even the EU is investigating a complaint from Spotify over similar concerns. 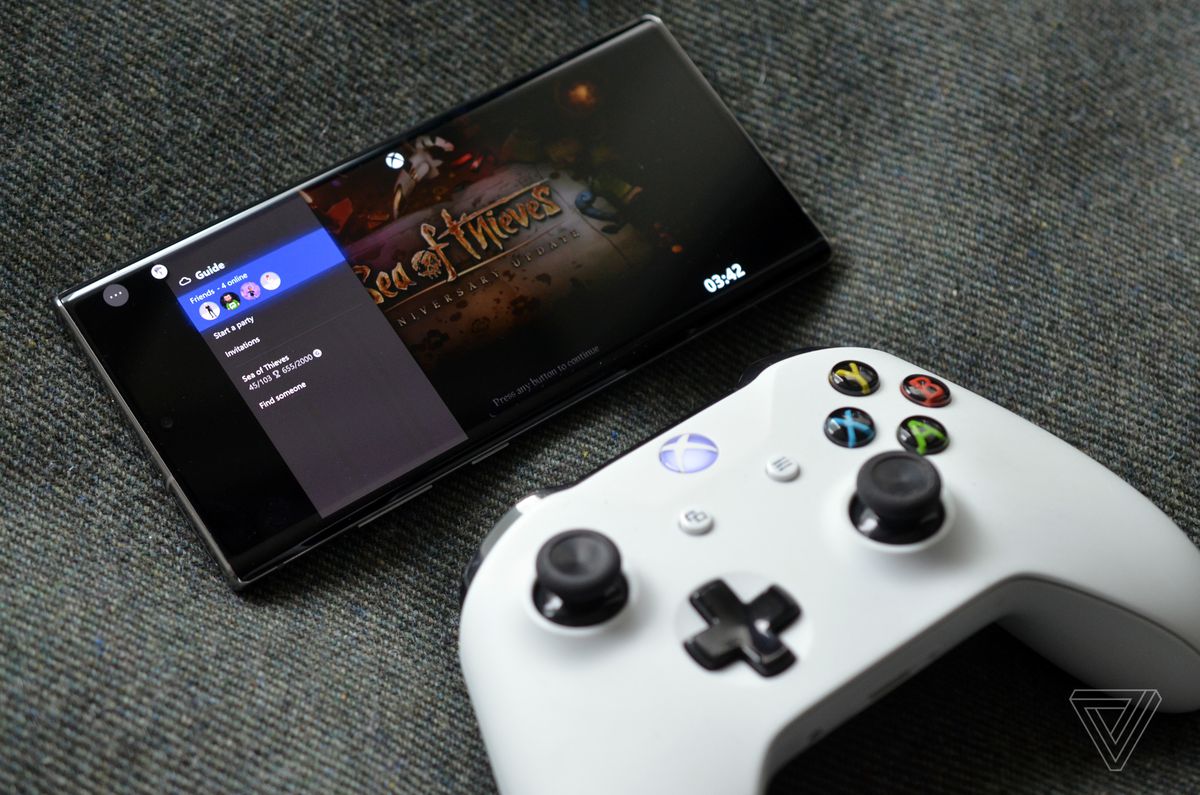 Photo by Tom Warren / The Verge

iOS issues aside, Microsoft is also embracing controller support beyond the Xbox One wireless controller for xCloud. Microsoft is planning to include support for Sony’s DualShock 4 controllers in xCloud next year, and other Bluetooth controllers and game pads from Razer. That will be welcome news to people who are used to PS4 controllers, but want to play Halo, Forza, or other Xbox games through xCloud.

A key part of Microsoft’s xCloud testing will be ensuring this eventual service is also available worldwide. Microsoft is expanding its xCloud preview to Canada, India, Japan, and Western Europe next year. It’s not clear exactly when these additional countries will get access, but it’s significant that Microsoft is expanding to India. “It’s a huge market, they know the franchises... they just don’t have access to the franchises that they see on the internet on the devices that they own,” explains Spencer. “They’re going to enter the Xbox ecosystem through a different device, that’s not a console and not a PC.”

xCloud could be a big opportunity for Microsoft in India, especially as the Xbox One console has not fared well in a country where PlayStation sales have dominated. While Microsoft is expanding to other countries during the xCloud preview, it’s not a guarantee that these markets will be launch ones, though. “We’ll certainly preview xCloud in countries before we launch, but not all countries where we’re previewing will definitely launch,” says Gluckstein.

Microsoft is obviously talking more about xCloud this week as its main competitor, Google, prepares to launch its Stadia service next week. Google is being aggressive with its launch plans, even if it has had to scale some promised features back into what’s slowly looking like a paid beta test. Microsoft’s approach has been relatively slow in comparison. “I view it as responsibly aggressive,” jokes Choudhry when I tell him that Microsoft looks cautious. “I don’t want to come out assuming that we know all the right answers. I want to go out there and test, and I want to go out and get feedback from the community, find out what that right mixture is and do the right thing. It’s more important for us to get it right than to get it out fast.”

Where a president banned social media

Safeguard yourself from falling victim

VW to invest USD60bn in digital tech by 2024
Next Item