The latest update to Google’s Smart Lock app on iOS means you can now use your iPhone as a physical 2FA security key for logging into Google’s first-party services in Chrome. Once it’s set up, attempting to log in to a Google service on, say, a laptop, will generate a push notification on your nearby iPhone. You’ll then need to unlock your Bluetooth-enabled iPhone and tap a button in Google’s app to authenticate before the login process on your laptop completes. The news was first reported by 9to5Google.

Two-factor authentication is one of the most important steps you can take to secure your online accounts, and provides an additional layer of security beyond a standard username and password. Physical security keys are much more secure than the six digit codes that are in common use today, since these codes can be intercepted almost as easily as passwords themselves. Google already lets you use your Android phone as a physical security key, and now that the functionality is available on iOS it means that anyone with a smartphone now owns a security key without having to buy a dedicated device. 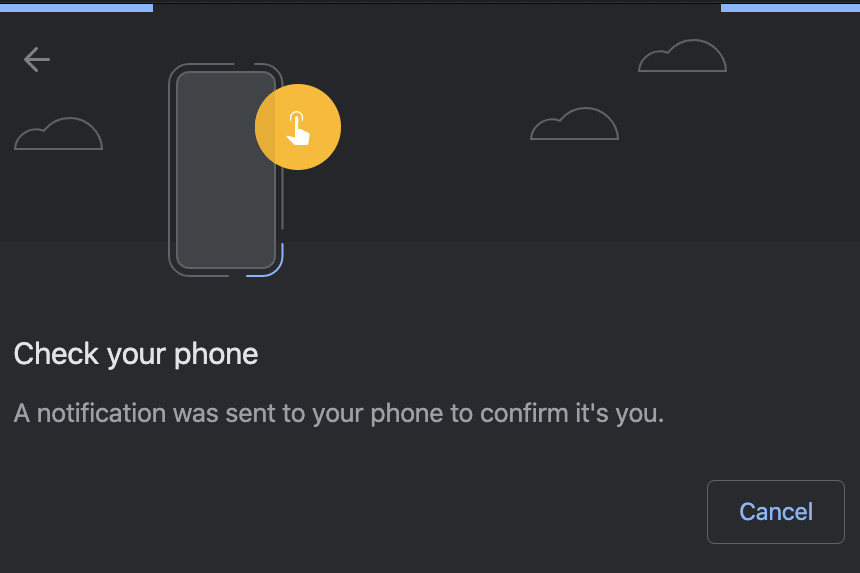 Attempting to log in to a Google service will send a push notification to your phone over Bluetooth.

Screenshot by Thomas Ricker / The Verge

The new process is similar to the existing Google Prompt functionality, but the key difference is that Smart Lock app works over Bluetooth, rather than connecting via the internet. That means your phone will have to be in relatively close proximity to your laptop for the authentication to work, which provides another layer of security. However, the app itself doesn’t ask for any biometric authentication — if your phone is already unlocked then a nearby attacker could theoretically open the app and authenticate the login attempt.

According to one cryptogopher working at Google, the new functionality makes use of the iPhone processor’s Secure Enclave, which is used to securely store the device’s private keys. The feature was first introduced with the iPhone 5S, and Google’s app says that it requires iOS 10 or later to function.

The new iPhone support appears to be limited to authenticating Google logins from the Chrome browser. When we attempted to use an iPhone to authenticate a login of the same service (we tested with Gmail) using Safari on a MacBook, we were prompted to insert our key fob (which we don’t have), meaning it created an extra step in our login process where we had to pick an alternative 2FA option.

The Smart Lock app’s new functionality means that iPhones can now be used with Google’s Advanced Protection Program, which is Google’s strongest protection against phishing or other attacks. Along with iPhones, the program also supports Android phones and physical security keys.

Fitbit Charge 4 may have GPS

The uncertain future of China’s EVs