This is how Microsoft designed its new colorful Windows 10 icons

Microsoft has started rolling out new colorful app icons in Windows 10 today that overhaul the look and feel of the operating system. Changes to many of the built-in Windows 10 app icons have started rolling out today, but more are coming in the months ahead. It’s part of what the company describes as a “multi-year effort across Microsoft’s design teams to redesign our icons.”

Windows has always suffered from a variety of different icons that are sometimes decades old, and Microsoft originally embarked on an effort to try to simplify some of these in Windows 10 when it first debuted nearly five years ago. Microsoft picked monochrome icons that were simplified but were designed for colorful Live Tiles that never really caught on with app developers and Windows 10 users.

The evolution of the new calculator icon.

“Flat, monochrome icons look great in context of colorful tiles, but as more icon styles enter the ecosystem, this approach needs to evolve,” reveals Christina Koehn, a design leader for Windows and Devices at Microsoft. “When icons in the taskbar and Start menu are different styles, it creates more cognitive load to scan and find applications. We needed to incorporate more visual cues into the icon design language using our modernized Fluent Design Language.”

Microsoft has now evolved its icons to better reflect its cross-platform approach, while sticking to the familiarity of what Windows users are used to. “Leveraging the Fluent Design System, we introduced depth and color to our iconography,” explains Koehn. “These additional cues are subtle, but they make a world of difference when scanning an interface.” This splash of color should make it easier to scan for apps on the taskbar or Start menu, and Microsoft is planning to use similar icons with its design language across its apps for Windows, iOS, Android, and macOS. 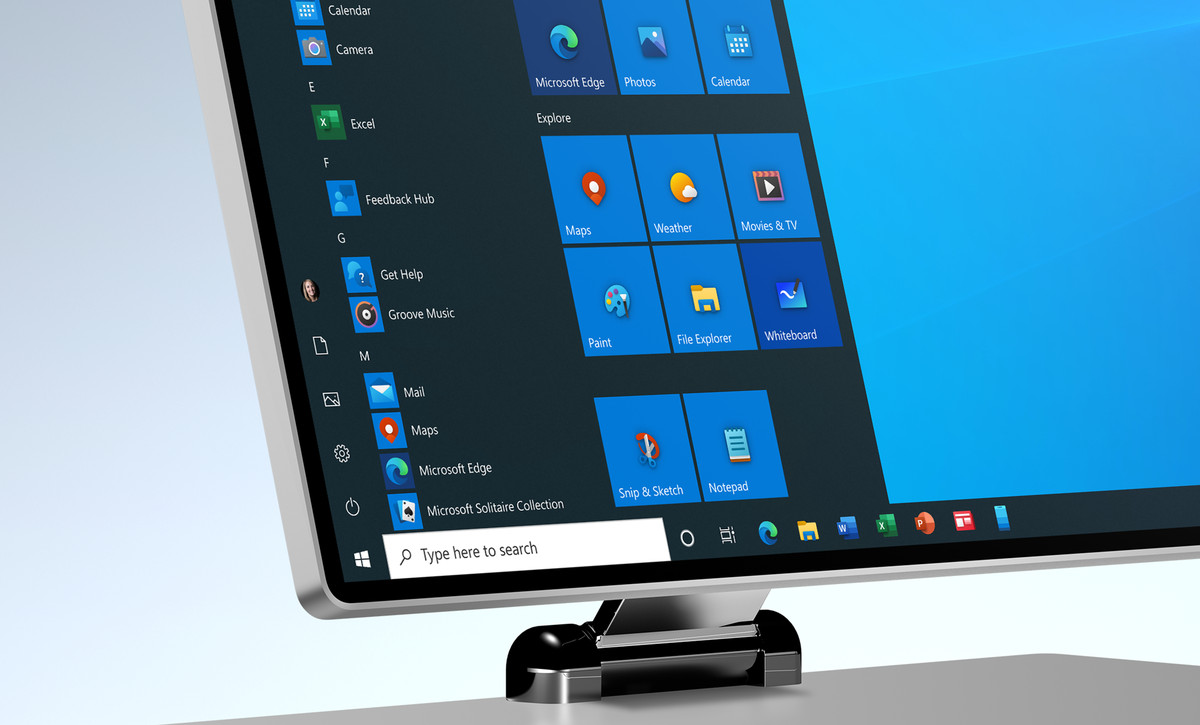 The new colorful icons are designed to feel familiar and look similar, all while “honoring” the legacy of the Windows operating system in an attempt to evolve it. Microsoft’s design teams “explored a myriad of design directions for the calculator icon,” according to Koehn, all the way from its monochrome version to the Fluent version that now exists in the OS. It’s interesting to witness Microsoft’s experiments with trying to evolve something as simple as a calculator icon and also the company’s evolution of the Windows Mail icon over the past nearly 20 years.

“You’ll start to see some the new icons today and even more in the coming months,” reveals Koehn. “Redesigning these icons signals our commitment to the evolution of the Windows OS, honoring its legacy while redefining the archetype in which it lives.”

How the Windows Mail icon has changed over the years.

Microsoft has clearly taken its time to get these new icons right, and they’re part of a much broader effort to leverage the company’s Fluent Design system across multiple apps and services. Designers are now working closely together to create hardware and software that has a common design system across all of Microsoft’s products.

The software maker also previously overhauled its Office icons and design and is trying to encourage others to use its Fluent Design system for a variety of mobile apps. Microsoft’s updated Edge browser also has a new icon, and even Office itself has a more modern logo.

Can Zoom turn popularity into profit?