Moscow is launching an app to track the movements of people in the capital diagnosed with coronavirus, who have been ordered to stay at home.

The city's IT chief said the service would become operational on Thursday.

The move coincides with a separate initiative to help European health authorities create virus-tracing apps that communicate with each other. This could help relax border restrictions.

Germany is expected to announce its own app that ties into the scheme shortly.

NHSX, which is working on something similar for the UK, has been in communication with those running the project but has yet to commit to interoperability.

Moscow was put into an indefinite citywide quarantine on Monday.

Its Social Monitoring app will initially be limited to citizens who have already tested positive for Covid-19 but not been kept in hospital.

It will request access to the user's calls, location, camera, storage, network information and other data. The intention is to check they do not leave their home while contagious.

The local government's IT chief, Eduard Lysenko, said the app was being made available on Google's Play and Apple's iOS stores. He said those affected who did not own a smartphone could borrow one with the software pre-installed, for a fortnight.

"We'd be concerned about the possibility of this app being used to track the movements of millions of people as well proving to be a tool for social control," said Privacy International senior researcher Tom Fisher.

"For people to lose faith in the government and health authorities at this time, through being subjected to intrusive and unnecessary surveillance, will only serve to damage efforts to fight this virus."

Mr Lysenko also revealed plans to launch a related scheme for Moscow's wider population, in which residents will request a fresh QR (quick response) code each time they want to leave their home.

The square barcodes would be issued via email or an app, he added, to allow people to go out for shopping and dog-walking, among other tasks.

Citizens would be obliged to show the police their code if requested, he said.

The pan-European scheme involves about 130 scientists and technologists, who have been working on a way for different countries' coronavirus-tracing apps to link up without weakening privacy protections.

Several nations are working on apps that let users enter a unique code if they are found to have the virus.

The software will then send an alert to other people they have recently come into close contact with, advising them to go into quarantine or take other protective measures.

By doing this, others who are not affected might be able to be released from lockdown. 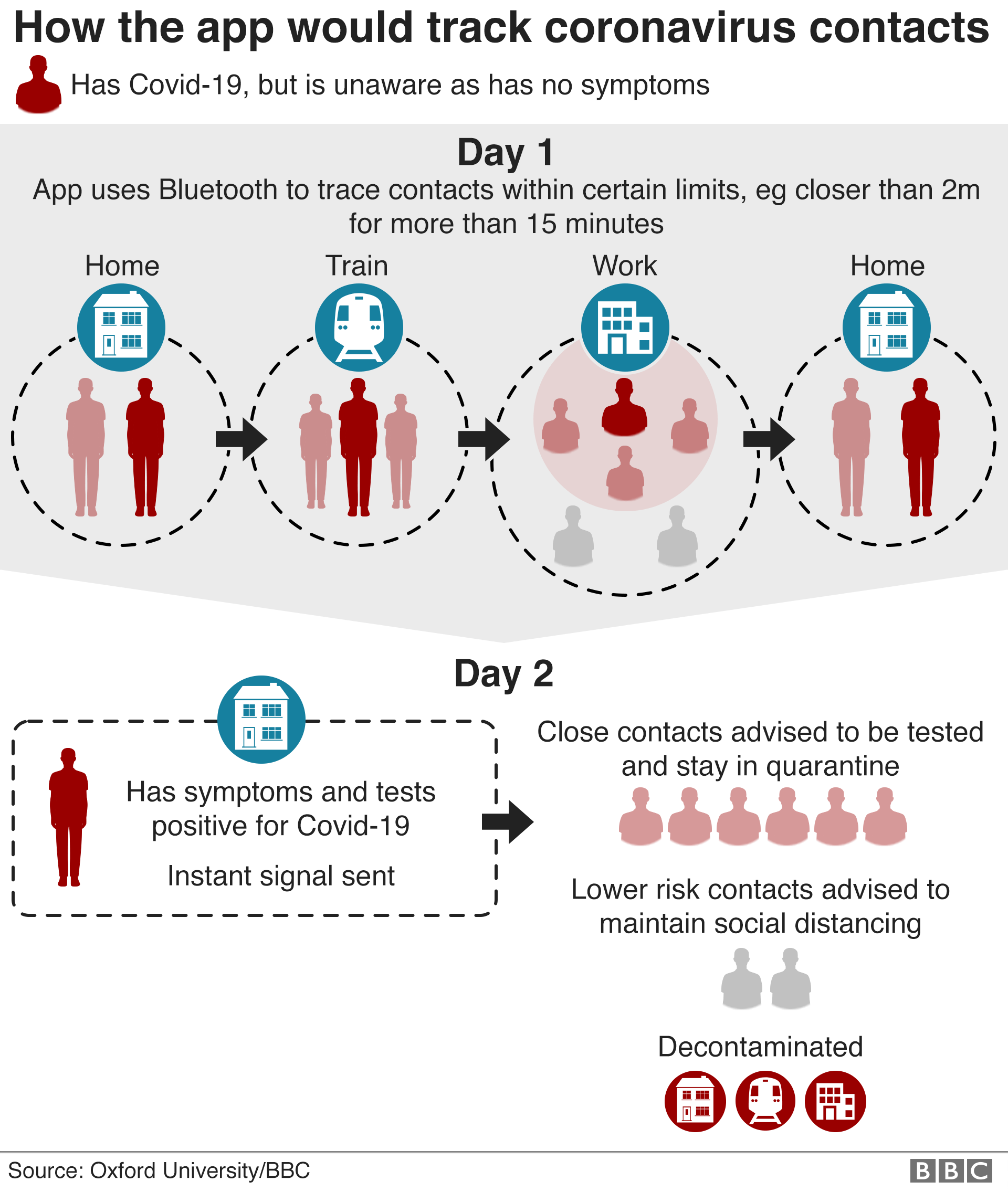 The Pan-European Privacy-Preserving Proximity Tracing (PEPP-PT) initiative aims to deliver a "multi-country exchange mechanism". So if someone travels from one European country to another, they can still receive or trigger an alert, even if using a different app to locals.

Chris Boos, one of the project's coordinators, said about 90% of the work had already been done and the technology should be ready for release by the end of next week.

A few governments had already signed up to take part but had yet to make formal announcements.

"You will see the first applications built on this by 15 April or 19 April - something like that. We're not talking about months, we're talking about a very short time," he said. 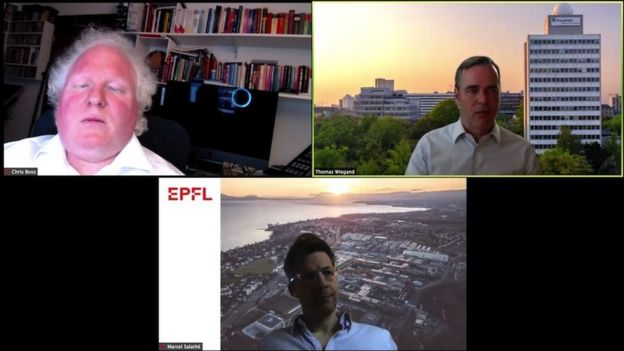 The aim was for more than 60% of each participating country's population to install the software, said his colleague Prof Marcel Salathe, from the Swiss Federal Institute of Technology Lausanne.

A third leader, Fraunhofer Heinrich Hertz Institute (FHHI) executive director Prof Thomas Wiegand, said Bluetooth signals appeared to be the best way to track when people had come into close proximity to each other.

And the resulting records could be stored in an anonymous, encrypted form.

"Even if the data stored in the country data centres is subpoenaed or a hacker steals it, there is no way to trace back the patients or the contact people," Mr Boos said.

He also promised privacy activists would be invited to inspect the source code for themselves.

Germany's De Spiegel newspaper reports the country's federal government will soon confirm its own plans for an app co-developed with the FHHI.

The country has some of the toughest privacy laws in the world.

The report said use of the tool would be voluntary and a guarantee would be given that all of the data would be deleted soon after the crisis was resolved.

COVID19-Should the UK use drones to disinfect
Previous Item
NEXT