A ban on adverts featuring "harmful gender stereotypes" or those which are likely to cause "serious or widespread offence" has come into force.

The ban covers scenarios such as a man with his feet up while a woman cleans, or a woman failing to park a car.

The UK's advertising watchdog introduced the ban because it found some portrayals could play a part in "limiting people's potential".

It said it was pleased with how advertisers had responded.

The new rule follows a review of gender stereotyping in adverts by the Advertising Standards Authority (ASA) - the organisation that administers the UK Advertising Codes, which cover both broadcast and non-broadcast adverts, including online and social media.

The ASA said the review had found evidence suggesting that harmful stereotypes could "restrict the choices, aspirations and opportunities of children, young people and adults and these stereotypes can be reinforced by some advertising, which plays a part in unequal gender outcomes".

"Our evidence shows how harmful gender stereotypes in ads can contribute to inequality in society, with costs for all of us. Put simply, we found that some portrayals in ads can, over time, play a part in limiting people's potential," said ASA chief executive Guy Parker. 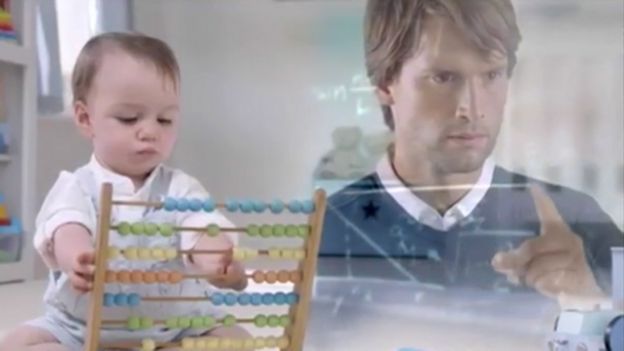 Blogger and father of two Jim Coulson thinks the ban is a good idea. He dislikes adverts that perpetuate stereotypes about dads being "useless".

"That's the problem... that adverts rely on stereotypes. We know why they do it, because it's easy. "

But columnist Angela Epstein disagrees, and thinks that society has become "over-sensitive".

"But when you chuck in the fact that women are doing the dishes [in advertisements], it's not in the same sphere. When we lump it all together and become desensitised, we devalue those important arguments we need to have."

As part of its review, the ASA brought together members of the public and showed them various adverts to gauge how they felt about how men and women were depicted.

One of them was a 2017 television advert for Aptamil baby milk formula, which showed a baby girl growing up to be a ballerina and baby boys engineers and mountain climbers.

The ASA found some parents "felt strongly about the gender based aspirations shown in this advert specifically noting the stereotypical future professions of the boys and girls shown.

"These parents queried why these stereotypes were needed, feeling that they lacked diversity of gender roles and did not represent real life."

At the time it was released, the campaign prompted complaints but the ASA did not find grounds for a formal investigation as it did not break the rules.

However, Fernando Desouches, managing director of marketing agency New Macho, which specialises in targeting men, said this was an example of a past advert that would not pass the new ASA legislation.

He said it showed how easy it can be for "deeply entrenched views on gender to come through in an ad that purports to be caring and nurturing of future generations." He was "unsurprised it generated a backlash". 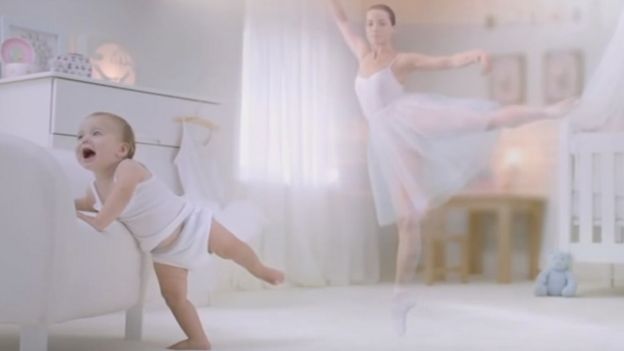 Other situations likely to fall foul of the new rule include:

However, the new rules do not preclude the use of all gender stereotypes. The ASA said the aim was to identify "specific harms" that should be prevented.

So, for example, adverts would still be able to show women doing the shopping or men doing DIY, or use gender stereotypes as a way of challenging their negative effects.

The ASA outlined the new rules at the end of last year, giving advertisers six months to prepare for their introduction.

Mr Parker said the watchdog was pleased with how the industry had already responded.

The ASA said it would deal with any complaints on a case-by-case basis and would assess each advert by looking at the "content and context" to determine if the new rule had been broken.

5 Factors for Digital Transformation of EPEs

Top African Brands Could Lose up to US6.3b

CHRYSO Strengthens Its Presence in Morocco

Convert mine fields into farm lands
Next Item