The new head of the International Monetary Fund has warned that Brexit in whatever form will be "painful", adding to the effects of a global slowdown.

Kristalina Georgieva said the split will hurt not only the UK and European Union, but also low income countries with economic ties to them.

IMF data show that growth has already slowed in almost 90% of the world.

"It is very obvious that this [Brexit] is going to be painful," she told the BBC.

Ms Georgieva said UK politicians will have to figure out how to shield people hurt by Brexit - but the options available to fund those measures are limited.

"The choices are not that many - you either borrow or you look at the [tax] increase," she said.

Ms Georgieva, who spoke to the BBC ahead of the IMF's annual meeting in Washington next week, said the IMF is also concerned about the effect of Brexit outside of the UK.

"I particularly worry about low-income countries that are in a significant way dependent on the European Union and the UK," she said.

"Unfortunately this is not great news," she said of Brexit. "And it comes at a time of compounded other factors that slow down growth."

The US and China are locked in a trade war over state subsidies and technology theft that has led the two sides to impose tariffs on billions of dollars worth of each other's goods.

US President Donald Trump has also picked fights with allies such as Europe and Canada over cars, steel and aluminium.

The disputes have brought trade growth to a "near standstill" and hurt manufacturing and business investment, Ms Georgieva said. 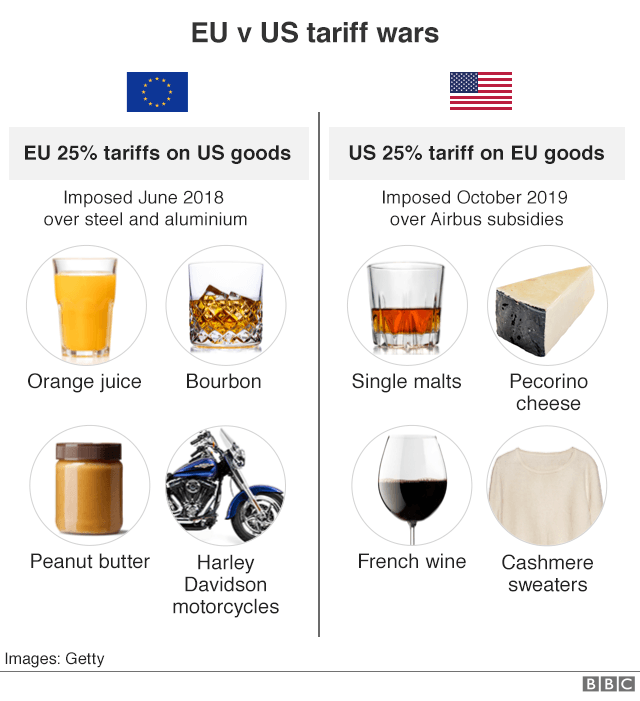 Since 2018, tariffs on billions of dollars worth of annual trade have been imposed

"What is most significant is that it is not the direct impacts of tariffs that are most harmful. Most harmful is the loss of confidence," Ms Georgieva said.

The White House has said the tariffs are meant to force China to change its policies and dismissed concerns about growth, arguing that any harm to the US pales in comparison to the damage on China.

"That is not a good excuse if you can say, you know what, I'm a loser, but you're a bigger loser than me," Ms Georgieva said.

850 women with disability benefit from PEF

Parliament to pass TCDA Bill by December
Next Item