The Chief Executive Officer (CEO) of the Afro-Arab Group, Alhaji Salamu Amadu won the award for the Banking and Finance category of the 2019 40 Under 40 Awards.

He owns the Afro-Arab Microfinance Company Limited, a Tier-2 microfinance company licensed by Bank of Ghana to operate the business of microfinance. 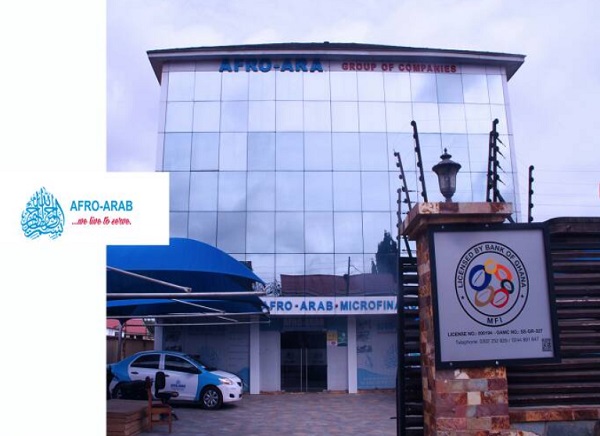 The company began full operations in 2013 and currently has two branches located at Kokomlemle and Maamobi in the Greater Accra region.

The Afro-Arab Microfinance Company Limited as part of its expansion drive and in line with its strategic direction has planned to expand its branch network to other regions.

The 40 under 40 awards celebrates under 40 emerging leaders, entrepreneurs, executives and professionals in the public, private and non-profit sectors.

Speaking at the awards ceremony, the Events Director of Xodus Communication, organisers of the awards, Mr Richard Abbey Jnr, said the awards’ aim was to put the spotlight on young achievers.

This year’s event awarded 44 individuals from various sectors of the economy.

The Chief Executive Officer of I-zar Group, Ms Rashida Saani Nasamu, won the ultimate prize which was the First Among Equals award. She also won the best business in the communications category award.

The Board Chairman of the Korle Bu Teaching Hospital, Dr Bernard Okoe Boye, won the Governance and Government Agency category.

Other winners include the Co-founder of the Ridge City Footbal club Ms Cleopatra Nsiah Nketiah who won the Sports category and the Chief Executive Officer of Imexco who won the Beverage category.

Barclays is changing to Absa
Previous Item
NEXT