Rosneft is yet to publicly comment on the latest US sanctions

The US has sought to increase financial pressure on Venezuela by blacklisting a subsidiary of Russia's state-controlled Rosneft oil giant.

The move freezes any US-held assets of the Switzerland-based Rosneft Trading SA and its chairman, Didier Casimiro.

The firm is accused of helping President Nicolás Maduro to evade US sanctions on Venezuela's oil industry.

The US accuses Mr Maduro of leading a corrupt and brutal regime, a charge he has repeatedly rejected.

Oil dominates Venezuela's economy, accounting for almost all of its export earnings. But oil production in Venezuela has collapsed in recent years, and the country is in a deep economic crisis.

The US is backing opposition leader Juan Guaidó, who last year declared himself interim president.

Earlier this month, the US imposed sanctions on Venezuela's state-run airline Conviasa, saying the company was being used to "shuttle corrupt officials around the world".

Meanwhile Russia, a key backer of President Maduro, has pledged to boost economic and military co-operation with the government in Caracas.

What are the latest US sanctions?

The sanctions were announced by the US treasury on Tuesday.

"Rosneft Trading SA and its president brokered the sale and transport of Venezuelan crude oil," Trade Secretary Steven Mnuchin said in a statement.

"The United States is determined to prevent the looting of Venezuela's oil assets by the corrupt Maduro regime," he added.

The statement said that the US sanctions "need not be permanent and are intended to change behaviour".

"The United States has made it clear that we will consider lifting sanctions for those who take concrete, meaningful, and verifiable actions to support democratic order in Venezuela," the statement said.

Rosneft and Rosneft Trading SA were already the subject of US restrictions relating to Russia's involvement in the conflict in Ukraine that erupted in 2014.

Neither Rosneft nor its trading arm have so far publicly spoken on the issue.

But the Russian foreign ministry condemned the sanctions.

"Russia categorically does not accept unilateral restrictive measures by which the US, striving for global hegemony, is trying to subjugate the whole world to its will," the ministry said in a statement (in Russian).

It added that the sanctions would not be able to influence Russian policies towards Venezuela or any other country.

What's the background to the Venezuela crisis?

Mr Maduro narrowly won a presidential election in April 2013 after the death of his mentor, President Hugo Chávez. 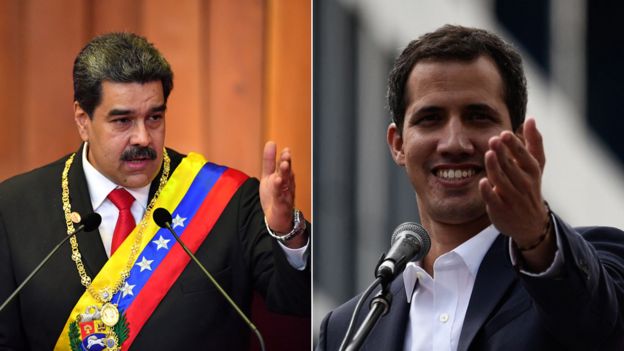 He was elected to a second term in May 2018 in an election seen as flawed by international observers.

Mr Guaidó has accused President Maduro of being unfit for office. He has won the support of many in the country as well as US and EU leaders.

Government to boost confidence in rice sector
Previous Item
NEXT

Promote export of cocoa under ACFTA
Next Item