His previous starring role was in an 80s mega-flop that almost destroyed George Lucas's career, but that hasn't stopped Marvel giving Howard the Duck his own TV series.

The feathered superhero will star in one of four Marvel Television animated series for adults.

Clerks director Kevin Smith will be one of the show's writers.

A UK streaming service for the shows has not been announced yet, but they will be shown on Hulu in the US.

Marvel announced that the four new cartoon shows will focus on some of their stranger characters.

As well as a solo vehicle for Howard the Duck, there will be shows based around the villainous robotic giant head MODOK, Japanese snow-monkey assassin Hit-Monkey and the best friend duo of feline superhero Tigra and disco star Dazzler.

A number of celebrity writers are attached to the various different projects. 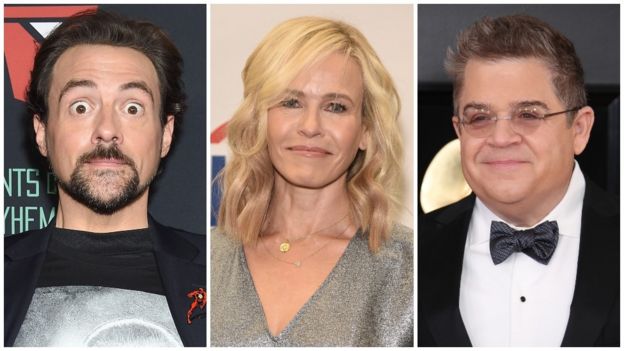 Kevin Smith, Chelsea Handler and Patton Oswalt are among the writers on the four new shows

Comedian Chelsea Handler will write for the Tigra & Dazzler show.

Patton Oswalt, who has already played brothers Eric, Billy, Sam and Thurston Koenig in Marvel's Agents of S.H.I.E.L.D. TV show, is working on MODOK with Jordan Blum, who previously worked on the sitcom Community. 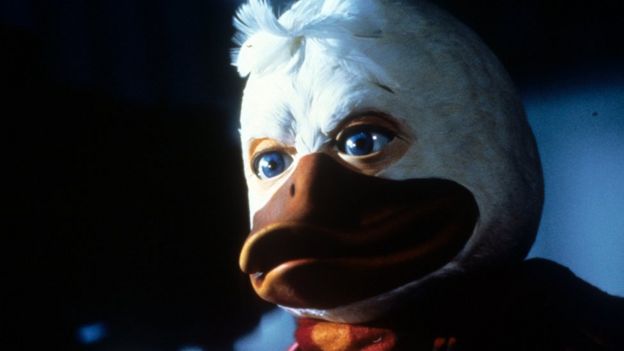 The 1986 film Howard the Duck was Lucas's first big project after the release of the original Star Wars trilogy, and starred Back to the Future's Lea Thompson. 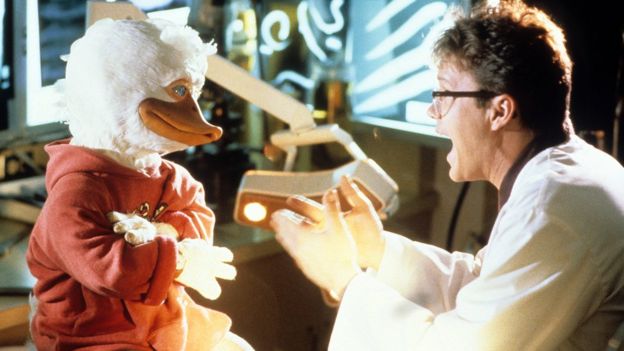 Despite his film being a huge turkey, Howard the Duck went on to make two well-received cameo appearances in the Marvel Cinematic Universe, in the Guardians of the Galaxy franchise.

These appearances led Lucas to suggest in 2015 that a reboot could be in the works.

Marvel confirmed that the character would be getting his own series on Monday, and teased that it will see Howard and Beverly fighting the evil Dr Bong. 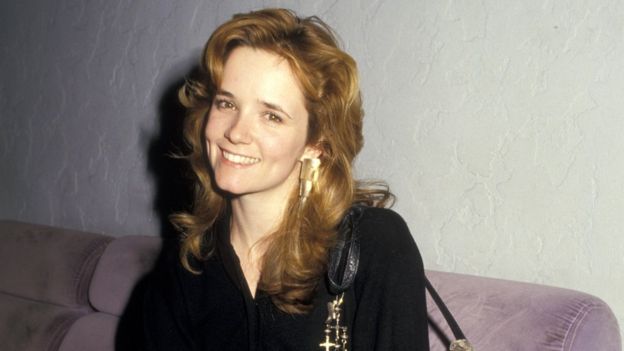 Lea Thompson co-starred in the original film, and has since revealed she pitched an idea for a remake to Marvel

Smith, who is also an executive producer on the new cartoon, says viewers can expect "fowl things" from the programme.

Five things you didn't know about the Howard the Duck film

1. It was the first Marvel movie

In 1944, Captain America had starred in a series of short black and white films. But no full-length films had been based on a Marvel character until Howard the Duck.

2. It shared a Razzie with Prince

In 1986, two films tied for the Razzie for worst picture. They were Howard the Duck and Prince's Under the Cherry Moon.

3. If the film hadn't failed, Pixar might not exist

The 1986 film's commercial failure meant producer George Lucas had to sell off some of his assets. They included his company's computer animation division. It was bought by Apple's Steve Jobs and eventually became the film studio Pixar.

4. John Cusack, Martin Short and Robin Williams auditioned for the role of Howard

In the end though, the producers chose Broadway star Chip Zien to voice Howard, because they liked the nasal quality he brought to the part. Actor Ed Gale wore the duck costume. Mel Brooks later cast Gale as Dink in his film Spaceballs.

5. It could have been directed by Animal House's John Landis

Landis, who also directed The Blues Brothers, An American Werewolf in London, and Trading Places, turned down the project. Lucas has previously said the fact Landis didn't make the film is his greatest regret. 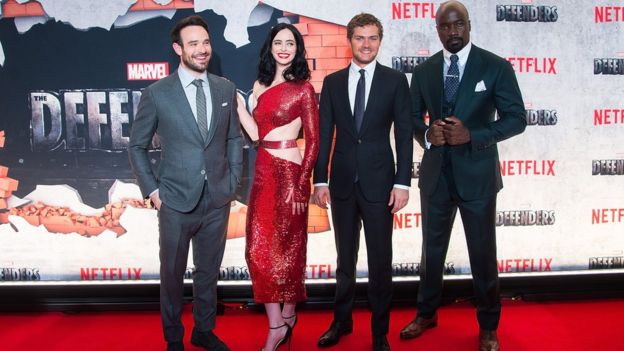 Marvel's relationship with Netflix has soured, with the recent cancellations of Daredevil, Iron Fist and Luke Cage

The announcement of the slate of new shows on Hulu comes as Marvel's deal with rival streaming service Netflix comes to an end.

Daredevil, Iron Fist and Luke Cage have all been cancelled over the past few months. A formal announcement on the future of the remaining Marvel series on Netflix, Jessica Jones and Daredevil spin-off, The Punisher, has not been made yet.

Industry insiders expect the Marvel Netflix shows to come to an end this year, in time for the launch of Marvel's parent company Disney's new Disney+ streaming service.

Disney will also own the majority of Hulu when they complete their purchase of Fox. 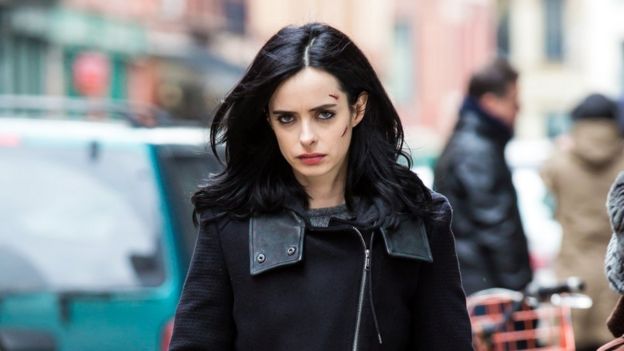 The Marvel partnership with Hulu shares similarities with the original four-series deal made with Netflix.

The stars of Marvel's first four Netflix series - Daredevil, Jessica Jones, Luke Cage and Iron Fist - were brought together for The Defenders mini-series in 2017.

The characters from Hulu's cartoons will also come together for a crossover show.

Jeph Loeb, head of Marvel Television, said: "MODOK, Hit Monkey, Tigra & Dazzler and Howard the Duck will form a team no one asked for - The Offenders (and wait until you see who the Team Leader is!)".