Eurovision 2019: Around the contest in 20 lyrics

Icelandic punk? Polish folk? Norwegian... joik? It can only be Eurovision, back again to bring another musical smorgasbord into our living rooms.

Forty-one nations are competing in Tel Aviv, though after two semi-finals that will be whittled down to 26 in time for Saturday's grand final.

This year has not been without controversy, what with Ukraine withdrawing from the competition and questions being raised over Israel's suitability as host.

Yet that will not stop millions of fans gathering in front of their televisions this weekend for their annual fix of glamour, kitsch and spectacle.

We've had a listen to this year's selected songs and chosen 20 that stand out from the pack. 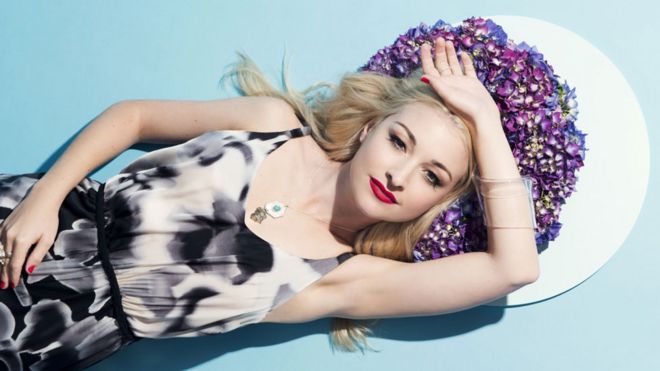 Written with her husband Keir Nuttall, her trill-tastic song Zero Gravity - inspired in part by her experience of post-natal depression - combines pop and opera to startling effect.

Australia, who will perform 12th on Tuesday's first semi-final, are allowed to take part in Eurovision because Australian broadcaster SBS shows the contest "Down Under".

They were first invited to participate in 2015 when the contest turned 60 and finished second the following year. 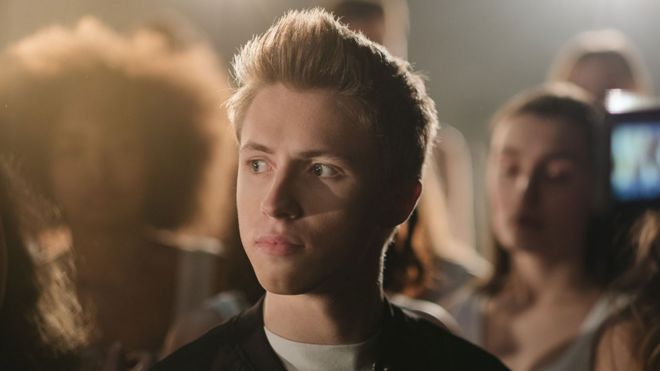 Aged 18, Belgium's Eliot Vassamillet is one of the youngest of this year's Eurovision hopefuls.

But the teenage Vassamillet has experience on his side in co-songwriter Pierre Dumoulin, whose City Lights track saw Belgium come a creditable fourth two years ago.

Eliot's song Wake Up is an inspirational pop anthem with a stirring chorus that calls on young people to come together for a better world.

Eliot is the 10th act to perform on Tuesday and should qualify for the final with room to spare. 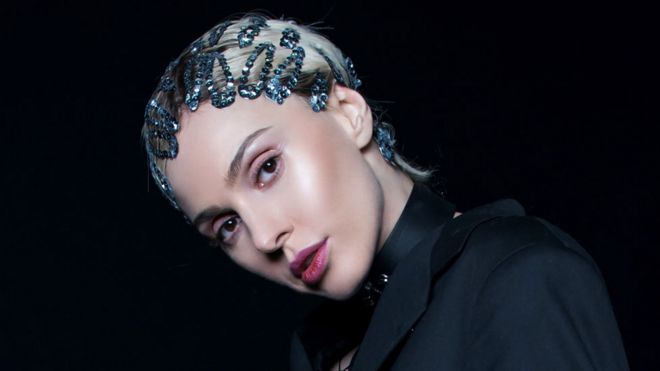 With no wins from 35 attempts, Cyprus hold the record for being the country with the most Eurovision appearances without a victory.

Replay, sung by 38-year-old Tamta Goduadze, probably won't alter that, but it's a catchy number nonetheless that will get people dancing in Tel Aviv and beyond.

The lyric refers to the Roland TR-808, a popular drum machine first manufactured in the 1980s.

"She was my neighbour when we were 13. She moved back in/There's not much between us now, do you know what I mean?" 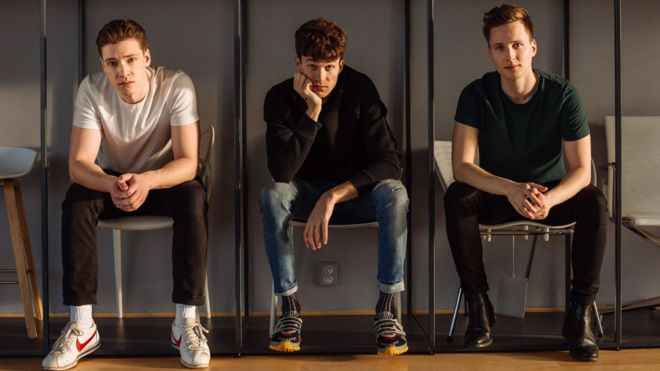 The Czech Republic scored their best Eurovision result last year when they finished sixth in Lisbon.

They'll be hoping to better that this year with an upbeat pop song from Lake Malawi, a trio of fresh-faced lads who look like Trinec's answer to Years and Years.

Lead singer Albert Cerny was inspired to sing after hearing Coldplay's The Scientist, which might explain the English accent he adopts during Friend Of A Friend's spoken-word section.

Lake Malawi, who perform sixth on Tuesday, are a firm fan favourite so should have no trouble progressing to the final. 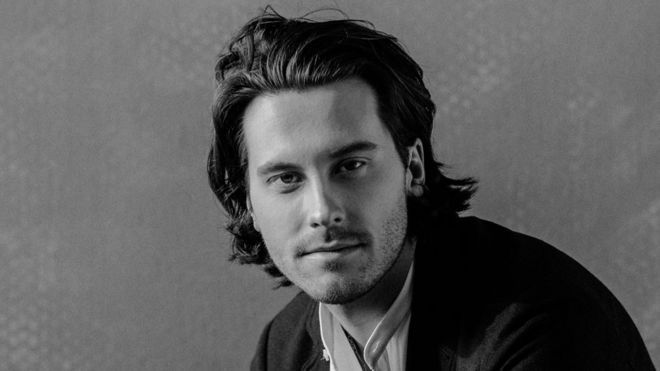 SuRie represented the United Kingdom in 2018 with a song called Storm and finished in 24th place.

Twelve months on, Estonia are sending another song called Storm to Eurovision. Will they fare any better?

Singer Victor Crone was actually born in Sweden and tried to represent that nation at Eurovision in 2014.

The 27-year-old will be the 14th act to perform on Tuesday and will need a following wind if he is to progress onto Saturday's final.

"Who are we/When we hurt, when we fight for free/Only God can judge you and me" 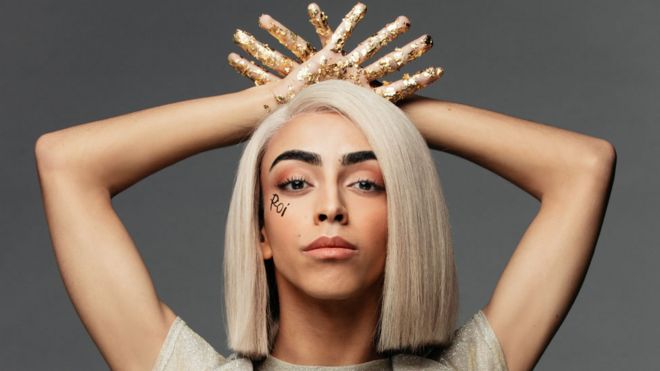 Urban pop meets classic chanson in Roi, the empowering song about self-acceptance France is sending to Eurovision this year.

It is sung by Bilal Hassani, an LGBTQ activist and social media star with a collection of glamorous wigs that all have names.

Bilal, who has wanted to compete at Eurovision since childhood, has endured cyber harassment and homophobic abuse since being selected.

Yet he's taken the trolling in his stride, calling his participation "the best response to the haters".

As one of the "big five" countries who largely finance the competition, France get an automatic pass through to Saturday's grand final. 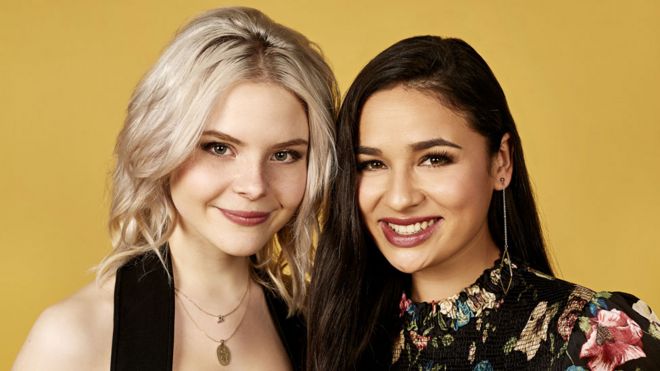 Carlotta Truman and Laurita Spinelli aren't actually siblings though. In fact, they only met in January.

Good thing their song - which suggests women should stop competing and just try to get along - isn't meant to be taken literally.

It's been nine years since the Germans - who also have "big five" status - last won Eurovision and they came last in both 2015 and 2016.

But they did okay last year, finishing fourth with Michael Shulte's You Let Me Walk Alone. 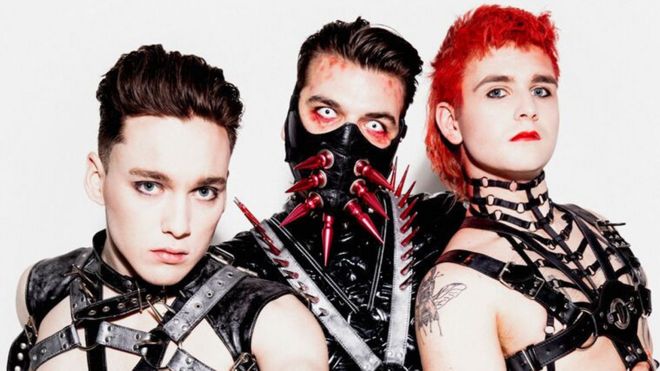 With their spiked masks, bondage gear and platform boots, Icelandic band Hatari will be hard to miss at Eurovision this year.

Some will find their song Hatrio Mun Sigra (Hate will prevail) - an ear-shattering mix of growled lyrics, ghostly wails and pounding techno - no less hard to listen to.

Founded in Reykjavik in 2015, Hatari are a performance art collective on a mission to destroy capitalism.

They are also no fans of Israel and have challenged its PM Benjamin Netanyahu to "a friendly match of glima" (Icelandic trouser wrestling) in central Tel Aviv.

Iceland, whose act will be the 13th on Tuesday, have yet to win Eurovision, though they did come second in 1999 and 2009. 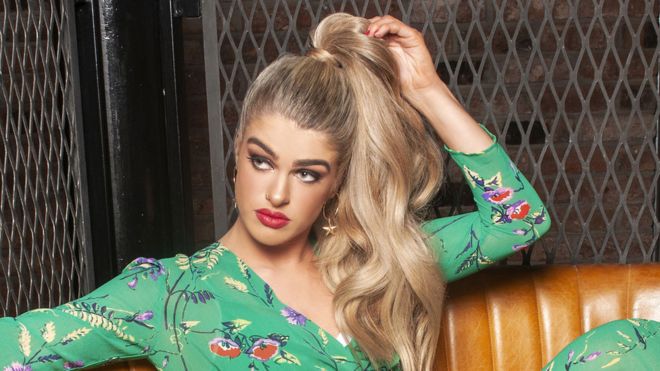 No nation has a better Eurovision record than Ireland, who won the competition seven times between 1970 and 1996.

But they've had mixed fortunes since, with last year's hopeful - Ryan O'Shaughnessy - becoming only the first act to make it past the semis since 2013.

County Clare native Sarah McTernan will be hoping her retro pop track 22 has what it takes to progress beyond Thursday's second semi-final.

The 25-year-old says her song - which has nothing to do with Taylor Swift - is "a bit of a palate cleanser" that is "poppy, fun and very radio-friendly". 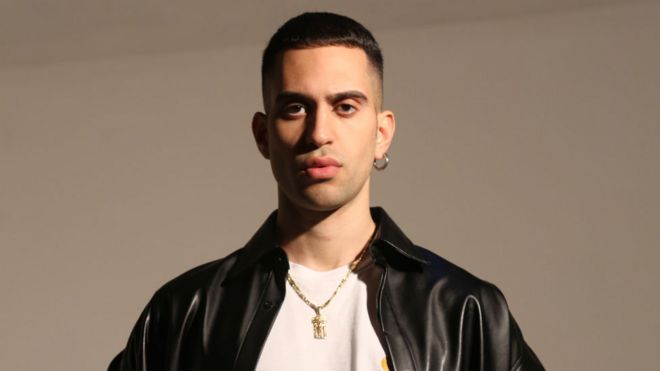 Italy - another of the "big five" - looks set for another top five finish this year with Soldi (Money), an appealing blend of R&B, trap and hip-hop from Milan-born singer Mahmood.

The Italian-language song explores the singer's relationship with his Egyptian father, who left his Sardinian mother when he was young.

Its lyrics reflect Mahmood's mixed-race heritage and his feelings towards a man who "left home out of the blue" and "only cared for the money".

"I put something personal in every song I write," explains Mahmood, who was born Alessandro Mahmoud in 1992. "When I sing a song I'm bringing my story on stage." 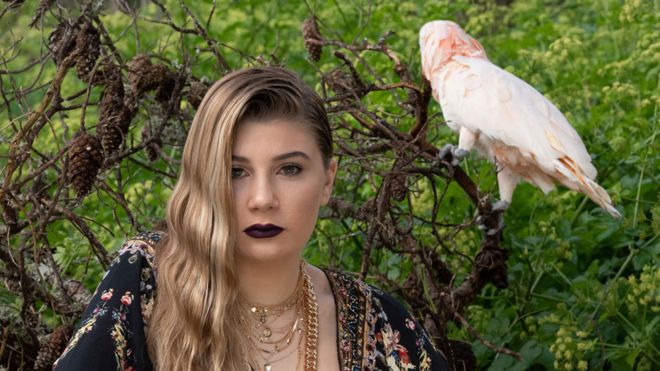 Malta are another country yet to land a Eurovision win, though they did finish second in 2002 and 2005.

Another Top 10 finish seems likely with Chameleon, a jazz-infused pop number with shades of Caro Emerald and Rihanna.

Michela Pace, 18, won the right to perform the song at Eurovision after triumphing in Malta's first edition of The X Factor.

The singer, who goes by the mononymic Michela, will be the 11th act in Thursday's second semi-final. But the parrot may have other plans. 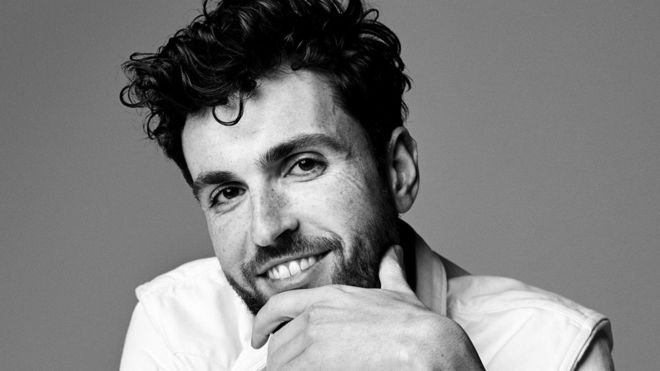 Ask the bookies who they think will win this year and they will probably say Duncan Laurence from the Netherlands.

His song, Arcade, is a soaring ballad about a failed romance that has already touched the hearts of many Eurovision fans.

Born Duncan de Moor in 1994, Laurence was a semi-finalist on The Voice of Holland in 2014.

Arcade will be the 16th song in Thursday's semi-final, where its qualification will be a mere formality. 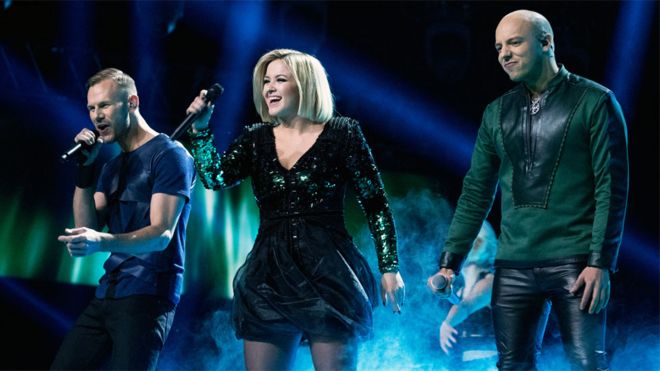 If you've yet to experience joik, a traditional song form performed by the Sami people of northern Scandinavia, your ears are in for a treat.

Similar to chants used by some Native American tribes, it's a sonorous, guttural yowl that makes Norwegian entry Spirit In The Sky one of the more memorable numbers in this year's competition.

According to Hugo, their song - the 15th on Thursday's semi-final - is "a celebration of historic battles that have been won and are still going on". 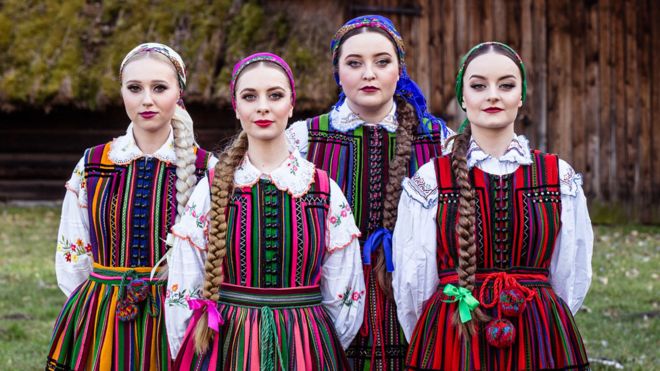 Poland are another country yet to record a win at Eurovision, coming closest in 1994 with a second place finish.

It's a full-throated bellow sometimes known as "screaming sing" that may leave some eardrums begging for mercy.

Poland, whose most memorable Eurovision moment remains 2014's suggestive butter churning routine, will be the fourth act to perform during Tuesday's semi-final.

"I broke my cell phone/When I tried to call heaven" 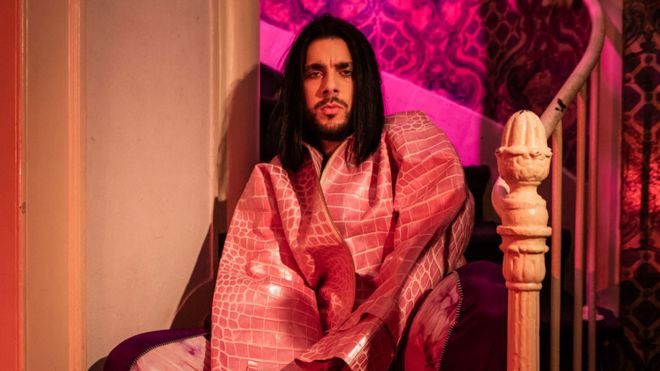 It's sung by Conan Osiris (real name Tiago Miranda), a self-taught dancer, composer and producer who once worked in a famous Lisbon sex shop.

According to one pundit, his "courageous and inventive number… leaves the listener awash in multitonalities."

Telemoveis (which means mobile phones) will be the 15th song to be staged during Tuesday's semi-final. 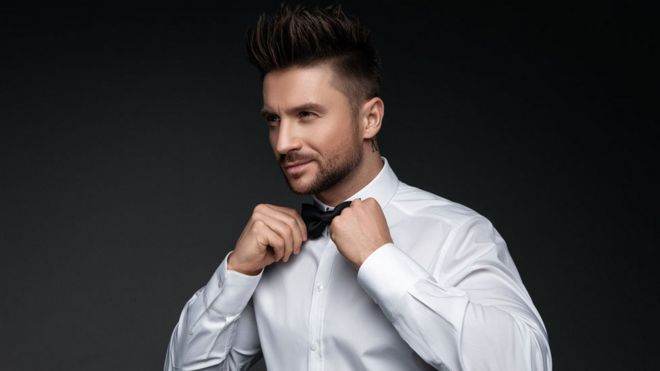 Russia recruiting homegrown superstar Sergey Lazarev to perform its entry this year is a clear sign of intent from a country that considers Eurovision the Olympic Games of music.

Lazarev came third in 2016 and is expected to do even better with Scream, a dramatic ballad with an anthemic chorus.

Lazarev is a former gymnast whose other interests include a canine treats business called Poodle-Strudel.

The 35-year-old Moscovite will be the 13th act to perform in Thursday's semi-final. 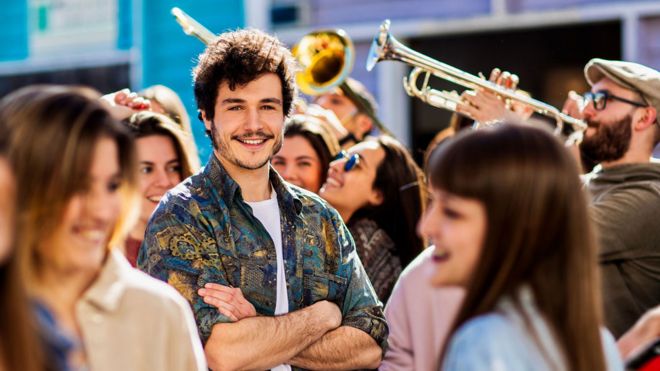 Spain - another "big five" nation - recorded back-to-back Eurovision victories in the late 1960s but have fallen off the pace since.

They haven't had a top five finish since 1995 and came dead last two years ago with a woeful five points.

Lively Spanish-language track La Venda (The Blindfold) should fare better much than that with its catchy chorus, blaring horns and infectious Latin rhythms.

Singer Miki, short for Miguel Nunez Pozo, says the message of the song is to "start loving yourself and stop living conventionally". 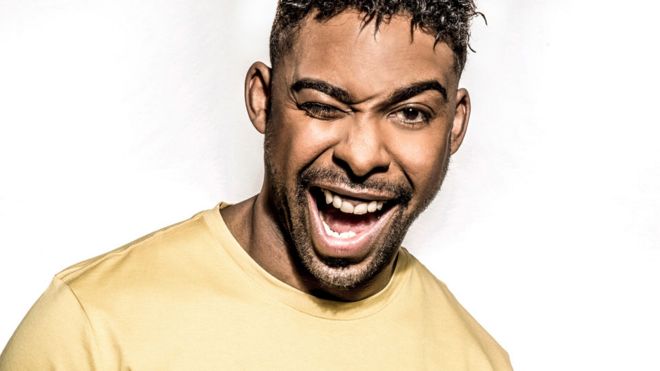 Sweden do not mess about when it comes to Eurovision. They've won it six times in all and have only failed to qualify once.

Too Late For Love, their contribution this year, is a typically polished slice of power pop with a rousing gospel accompaniment.

Singer John Lundvik was born in London and adopted by Swedish ex-pats when he was a baby. After moving to Sweden he became a champion sprinter before turning his talents to performing.

He is one of the three writers credited on Too Late for Love, none of whom seem to know how to use the past participle of light correctly. 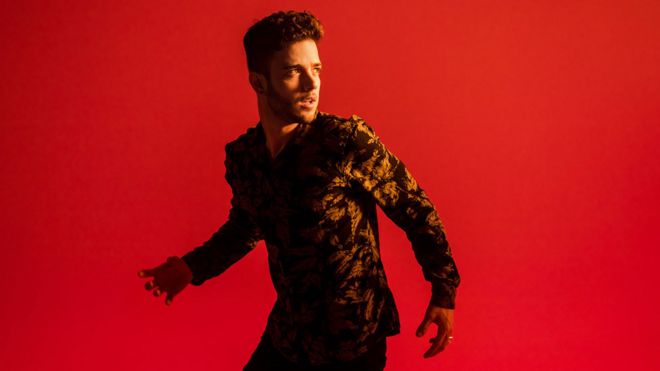 If you've ever wondered what a Swiss version of Justin Timberlake might look like, look no further than Luca Hanni.

As adept at hoofing as he is at singing, this Chihuahua-owning 24-year-old will have Tel Aviv on its feet with his hip-swaying toe-tapper She Got Me.

Born in Bern, Hanni won the German version of Pop Idol in 2012 and was victorious again five years later in Germany's version of Dance Dance Dance.

He's scheduled to perform fourth on Thursday and should waltz into Saturday's final without breaking a sweat. 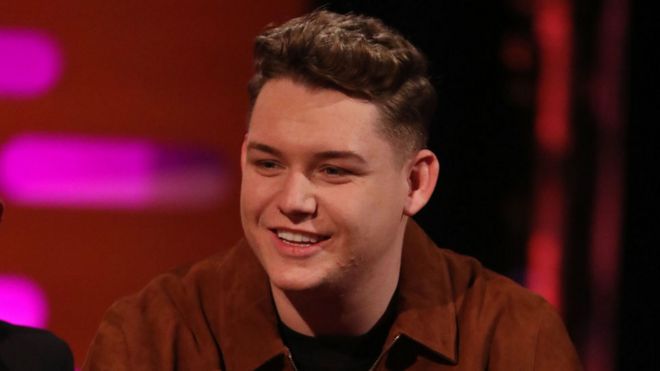 Michael Rice becomes the latest British hopeful to try their luck at Eurovision, having been chosen by viewers to represent the UK on Eurovision: You Decide.

The 21-year-old from Hartlepool appeared on The X Factor in 2014 and last year won All Together Now on BBC One.

Bigger Than Us - whose writers include Sweden's hopeful John Lundvik and Laurell Barker, a co-writer of both the German and Swiss contenders - is a big ballad with a big key change and big, stirring harmonies.

Time will tell if it's big enough to earn the UK - the final fifth of the "big five" - its first Eurovision victory since 1997.

Nine films to look out for
Next Item