Actor George Ure has been named as the replacement for Sophie Ellis-Bextor on the UK jury for the Eurovision Song Contest.

Ure is the director of the Urdang Academy, a dance and musical theatre school in north London, and has performed in stage shows including Wicked and Sweeney Todd.

She had been due to chair the five-strong panel. 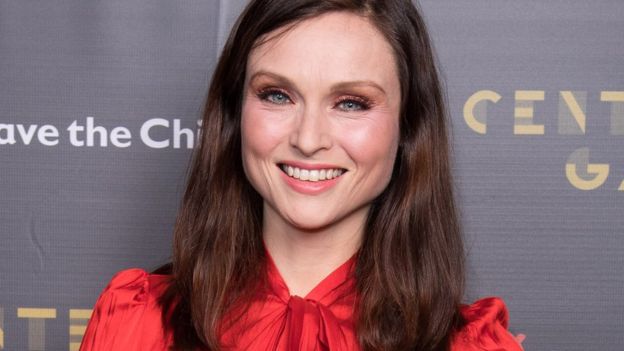 Ellis-Bextor didn't reveal the reason for her departure

Ellis-Bextor tweeted: "I still love Eurovision! Wishing all the participants a great show and good luck to the UK entry."

The UK only votes in the second semi-final and the final, and the jury counts towards 50% of the UK's overall scores.

On Tuesday, Australia booked its place in the final of Eurovision for the fifth year running, but Sandstorm DJ Darude missed out on a spot for Finland. On Thursday, Ireland was knocked out of the semi-final, in the fifth time in six years its act has not got through.

The final will be held in Tel Aviv in Israel on Saturday.

Who is Yara Shahidi?

Meghan and Harry not part of reality show

Boseman gave up salary for Miller

Back to the Future musical sets date
Next Item