Saudi Arabia isn't traditionally a major stopoff on a global music tour, but big-name artists are increasingly going there.

Mariah Carey set the fame bar high back in January.

Since then Nicki Minaj said yes to a performance in Jeddah - but then changed her mind to support the rights of women and the LGBT community.

And now, South Korean boy band BTS have announced they will be performing a concert in Riyadh in October.

So why does Saudi Arabia want high profile stars to perform there? 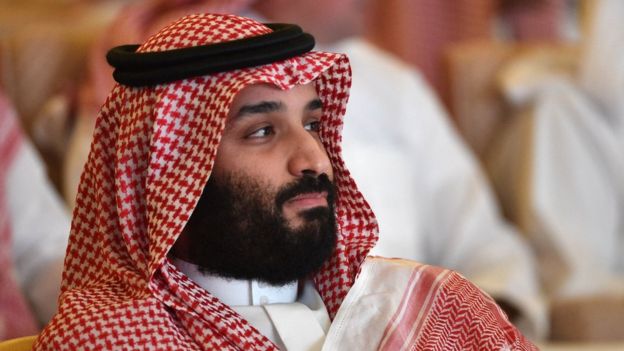 The Crown Prince Mohammad bin Salman has said he wants to reform the country both in social and economic terms as part of his Vision 2030 plan to show a modern Saudi Arabia.

Saudi Arabia has been relying on oil to make money for a long time, but instability in oil prices mean it's not as reliable now.

So because of the need for economic reform and investment from outside the country, Saudi Arabia has been trying to show the world it's open for business.

And attracting artists such as BTS is seen as a way to do that. 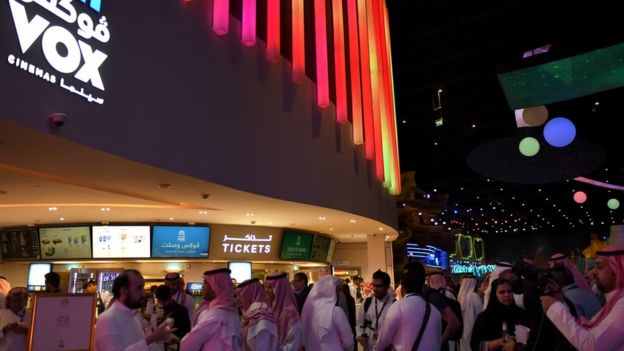 A new cinema theatre has opened in Riyadh

One area Saudi Arabia is trying to grow is its entertainment industry.

Lots of Saudi citizens travel outside the country to see concerts and films.

To make sure they spend money inside Saudi, new cinemas and shopping centres are being opened and mainstream artists are being invited to perform.

"They're trying to create an inter-cultural communication between Saudi Arabia and the world," Yasmin, a 24-year-old Saudi resident, tells Radio 1 Newsbeat.

"We have people from all around the world living in Saudi Arabia so by doing that they're trying to match everyone's taste."

Some of these social reforms also include lifting the ban on women being able to drive and allowing them to attend football matches. 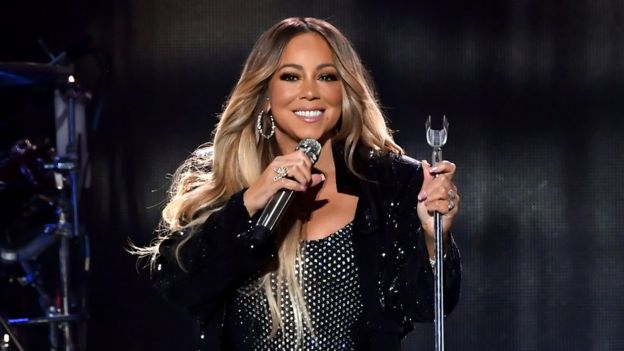 Who's already performed there?

In December 2017, Nelly performed a concert in Jeddah, but it was controversially a men-only event.

At a Formula E concert, acts such as Jason Derulo, Enrique Iglesias, David Guetta, OneRepublic and The Black Eyed Peas all performed across three days.

In January, Mariah Carey put on a performance, sharing the stage with Sean Paul and DJ Tiesto.

Despite facing a major backlash, she claimed this was a chance to work towards gender equality in Saudi Arabia.

Her publicists said: "As the first female international artist to perform in Saudi Arabia, Mariah recognises the cultural significance of this event and will continue to support global efforts towards equality for all."

And it's not just musical artists.

The WWE (World Wrestling Entertainment) held its Crown Jewel event in Saudi Arabia, despite its women wrestlers not being allowed to perform.

So is the reality different?

According to Yasmin, things are "not as strict as they used to be".

She says in places like coffee shops and restaurants, "everyone sits in the same section and you don't have that segregation anymore."

But organisations such as Human Rights Watch (HRW) say there is doubt over how much change is actually taking place.

And women still have to obtain permission from a male guardian - a husband, father, brother or son - to do ordinary things such as travelling abroad, getting a passport, accessing healthcare and even being able to work.

Women in Saudi Arabia are now allowed to drive

There is also criticism over its record on LGBT rights.

Saudi Arabia has no actual written laws about sexual orientation or gender identity.

But judges use principles of Islamic law to sanction people suspected of sex outside marriage, homosexual sex or other "immoral" acts, according to HRW.

What are people saying?

There's been mixed reactions to the news of the BTS concert, which was announced on Sunday.

Some fans have said politics shouldn't be a factor in performing while others have said Saudi Arabia should be boycotted because of its human rights record.

So it remains to be seen whether BTS will follow Nicki Minaj in cancelling or if we'll see them performing as planned in Riyadh in October.

Oprah's Show Is Launching as a Podcast

I get genuine peace of mind in Ghana
Previous Item
NEXT