The series made stars of the cast, which included Blake Lively (third left) and British actor Ed Westwick (far right)

Popular teen drama Gossip Girl is being rebooted for a new generation and will be set eight years after the original series ended.

The 10 one-hour episodes have been ordered for HBO Max, the upcoming streaming service from WarnerMedia.

Details on the cast and release date have yet to be announced.

The original series starring Blake Lively, about a gang of spoilt New York teens, was shown between 2007-12 and developed a cult following.

Episodes were narrated by Kristen Bell who went on to star in Frozen and hit comedy The Good Place.

What else is being rebooted and rebranded?

The Twilight Zone - US channel CBS All Access is updating the series with Get Out and Us director Jordan Peele as its host. It was first broadcast 60 years ago with creator and host Rod Serling.

Beverly Hills, 90210 - Original cast members Jason Priestley, Jennie Garth, Ian Ziering, Gabrielle Carteris, Brian Austin Green and Tori Spelling will all return with the premise being one of the cast members suggesting they reboot the original series. Apparently all will play "heightened versions of themselves". 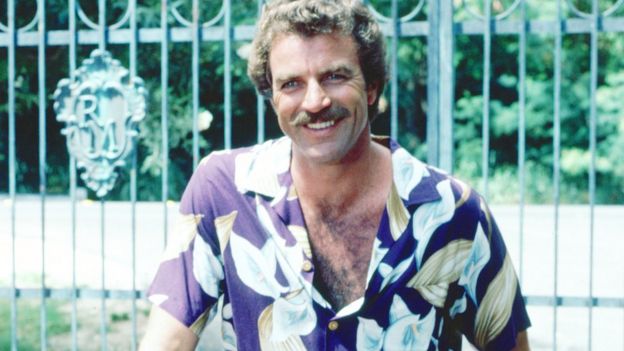 Magnum P.I. - Premiering in September, the series will be an update with Jay Hernandez as former Navy Seal, Thomas Magnum, who becomes a private investigator. The original series, first broadcast in 1980, starred Tom Selleck (pictured above) in a range of Hawaiian shirts and short shorts. His shooting schedule famously cost him the lead role as Indiana Jones in Raiders of the Lost Ark - the part going to Harrison Ford.

Charmed - The show about a group of sibling witches, known as The Charmed Ones, starred Shannen Doherty and Alyssa Milano. The new series, due to air in October will focus on sisters Macy, Mel, and Maggie.

According to producers, the reboot will address "how much social media - and the landscape of New York itself - has changed" in the last decade.

The show's creators Josh Schwartz and Stephanie Savage are on board as executive producers while original producer Joshua Safran will write the script.

Its slate of original programmes include director Denis Villeneuve's Dune: The Sisterhood; Love Life, a 10-episode rom-com anthology series starring Anna Kendrick; and a new animated series based on the movie Gremlins.

Oprah's Show Is Launching as a Podcast