New research into one of Leonardo da Vinci's most famous works has revealed fresh information about an abandoned composition hidden under the painting.

Experts have found initial designs for the angel and infant Christ beneath the surface of the Virgin of the Rocks.

The designs are significantly different to how they look in the final painting, which hangs in the National Gallery. 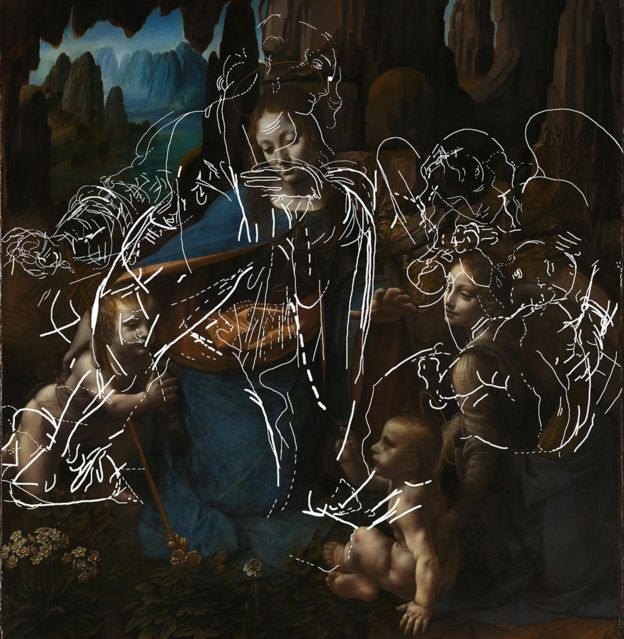 Virgin of the Rocks with the original underdrawing laid on top 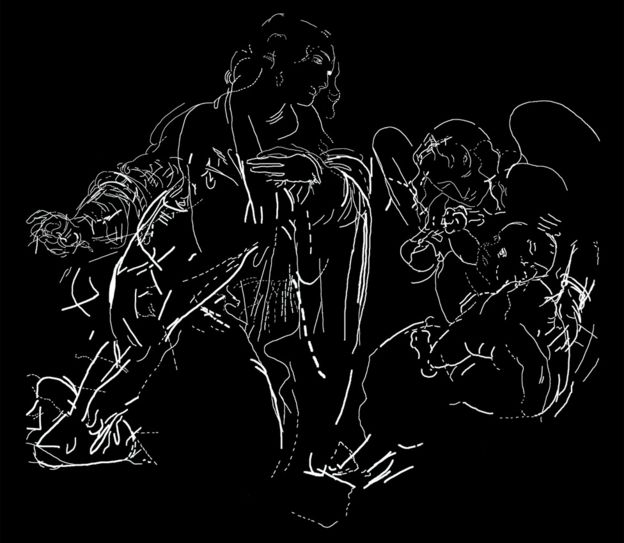 The hidden underdrawing beneath Virgin of the Rocks

An earlier discovery in 2005 revealed the Virgin's pose had been changed, but there were only hints of the other figures.

According to the National Gallery's head of conservation Larry Keith, the discoveries "give new insight into how da Vinci was thinking".

The new research reveals the angel and the infant Christ were originally positioned higher up in the drawing, with the former facing out and looking down.

It is not known why Leonardo abandoned his original composition. 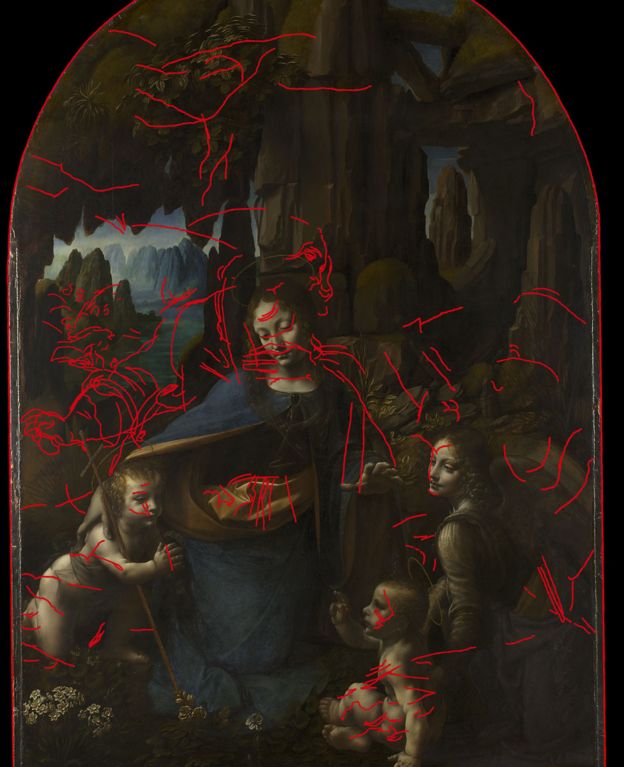 The discovery of the underdrawing was first announced in 2005 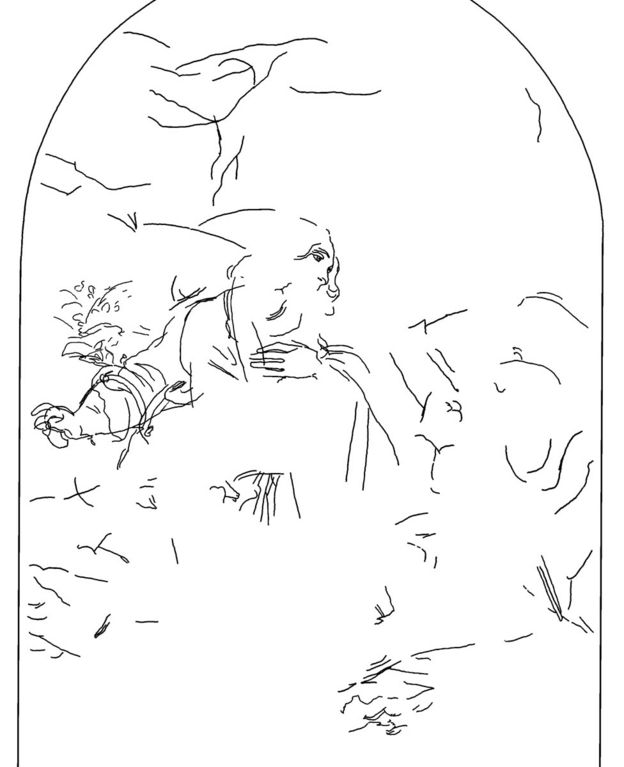 Mr Keith told the BBC that it fitted "into a wider narrative of how we understand him as an artist who was always changing, adjusting and revising".

Marika Spring, the gallery's head of science, said: "The first time round [in 2005], the figure of the Virgin was very clear.

"This time we can see an angel and a Christ child we couldn't really see before. We could see a few lines but we couldn't see what it was."

"We had an awareness of part of the composition and now we have a great deal more understanding of the whole group arrangement," said Keith. 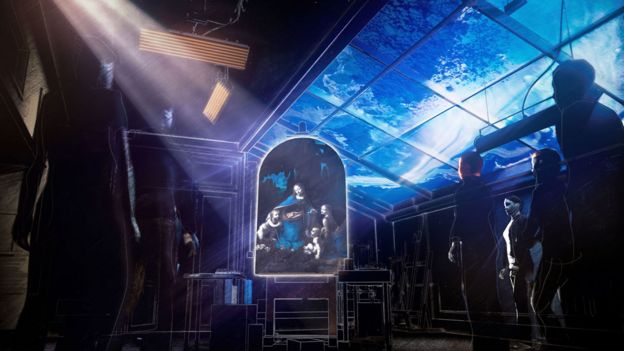 Leonardo was commissioned to paint the Virgin of the Rocks to decorate a chapel altarpiece in Milan in 1483.

Its full title is The Virgin with the Infant Saint John the Baptist adoring the Christ Child accompanied by an Angel.

A different version of the painting hangs in the Louvre in Paris. The two versions were brought together for an exhibition in 2011.

The Virgin of the Rocks will be the focus of an "immersive" exhibition later this year, which will investigate the painting "and the inventive mind that created it".

Leonardo: Experience a Masterpiece will run from 9 November to 12 January at the National Gallery in central London.

‘Kissing Booth’ 2 is coming to Netflix

Why ‘Batwoman’ star quit her role

Modelling not that simple: Michaels