Empire actor Jussie Smollett is suing the city of Chicago over their actions against him.

Papers filed by his lawyers claim he's been caused "humiliation and extreme distress".

Authorities have accused him of staging a racist and homophobic attack on himself in January, something he's always denied.

If you're new to this story, there are a lot of twists and turns to get your head around.

At the start of this year, police in Chicago announced they were investigating an attack on actor Jussie Smollett, who'd been punched in the face, had an "unknown chemical substance" poured on him and a rope wrapped around his neck.

Celebrities like Viola Davis, Janelle Monae and TI, alongside his Empire co-stars, tweeted messages of support.

But in February, Jussie Smollett himself was arrested. 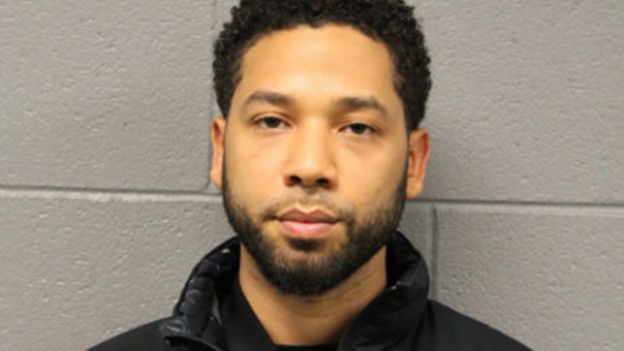 The police photo of Jussie Smollett from 21 February 2019

Police claimed he'd paid two brothers to carry out the attack "to promote his career" because he was "dissatisfied with his salary".

But, in March, after an emergency court appearance, all charges against Jussie Smollett were dropped.

His lawyer said his record "had been wiped clean", describing him as a "victim who was vilified and made to appear as a perpetrator".

But Chicago Police and the city's mayor stood by their case against Jussie Smollett - and accused the courts of letting him "off scot-free".

Then the man who decided to drop the charges, Illinois prosecutor Joe Magats, said even he thought Smollett was guilty.

But he explained the charges were dropped because Jussie paid $10,000 (£7,600) in bail to the courts and carried out community service.

And that's when the city of Chicago announced it was suing the actor for the money it spent investigating the attack. 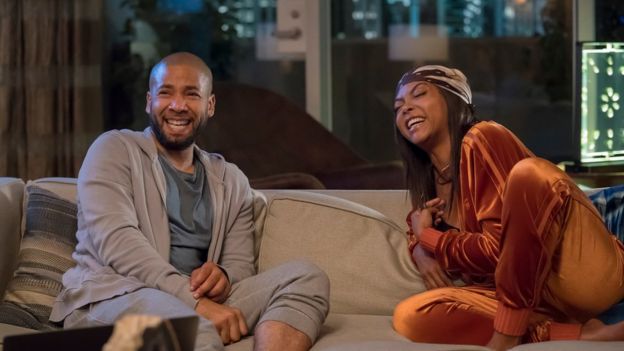 In court documents filed this week, Jussie Smollett has called this action against him "malicious".

But a spokesperson for Chicago's law department has told the Reuters new agency that the city "stands by its original complaint".

He added: "We fully expect to be successful in defeating these counterclaims."

Give filmmakes tax rebates on equipment