And we thought Christmas only came once a year.

The first full-length trailer for No Time To Die has been released, giving fans a flavour of what to expect from Daniel Craig's final outing as James Bond.

The promo, which launched on Wednesday and can be seen below, shows Rami Malek in character as the latest villain for the first time, as well as a new female agent with a licence to kill.

No Time To Die is set to be released in April, but there have been one or two obstacles along the way - from Daniel Craig's ankle injury to the decision to change director.

Danny Boyle was originally supposed to be at the helm for Bond 25, but he exited the project last August due to "creative differences".

US director Cary Joji Fukunaga stepped in, and there was a race against the clock to keep the film on schedule for its April 2020 release date.

"It has been an incredible honour, but it's also just been really hard," Fukunaga tells BBC News. "This was a very ambitious script for the time we had. 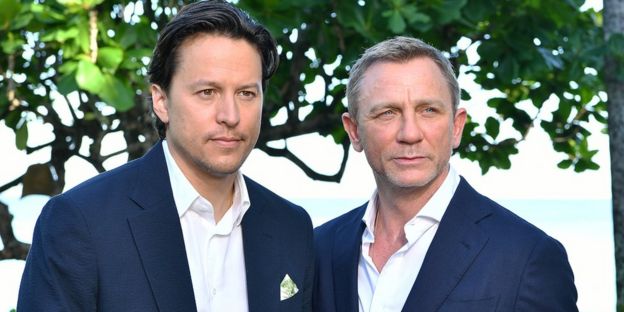 "I got the role in the middle of doing press for Maniac [the Netflix series he directed], so I was doing interviews like this while trying to process the enormous excitement but also responsibility of taking on this project.

"And I was very aware that with Daniel's departure, I had to get a script going and production going in a very short space of time. The lack of time was a sort of impetus for the pressure. It was like a very hot flame under our ass!"

The project had the added complication of having to go back to the drawing board after Boyle's exit.

"I love Danny's films, but on this one we basically had to start from scratch," Fukunaga explains. "It was the desire of the producers that we sort of start anew and figure out a new storyline for this one."

The writing process involved bringing Fleabag creator Phoebe Waller-Bridge on board to help polish the script.

5 talking points from the trailer

Fukunaga refers to a new plot, but No Time To Die also appears to continue the overarching storyline which has run through the last four films.

Spectre's ending seemed to tie that narrative up, which left many wondering whether the 25th Bond film would start afresh. But the inclusion of Waltz's Blofeld in the trailer puts paid to that idea and suggests it's a continuation - something Fukunaga appears to confirm. 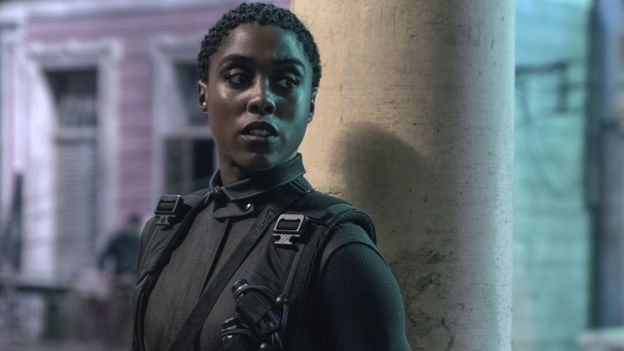 "I like to think of this as picking up from all the stories, from Casino [Royale] all the way through," he says. "And those who are fans will appreciate the layers that exist there, but I also think for new audiences, people who have never seen any of the films before, younger audiences, it's strong enough that they can get involved."

As well as Maniac, Fukunaga has previously directed films including Beasts of No Nation and a 2011 adaptation of Jane Eyre starring Mia Wasikowska.

Perhaps the most interesting part of the trailer is Lashana Lynch's appearance as a new member of MI6.

Having a female double-O marks a slight change in direction in the franchise. No Time To Die is the first Bond film since #MeToo, but would the film series have evolved in this direction anyway?

"Yes, I think so," Fukunaga says. "Bond started evolving probably 25 years ago, when Judi Dench's M called out Pierce Brosnan's Bond for being a misogynistic dinosaur and a relic of the Cold War."

(He's quoting, almost verbatim, from one of the first scenes Dench and Brosnan shared in 1995's GoldenEye.)

"I think Lashana's role is not about being female, she's just a younger generation," Fukunaga says. "There's the whole thing going around the internet right now about 'OK Boomer', and I just think of how younger generations challenge what the previous generations legacy means. 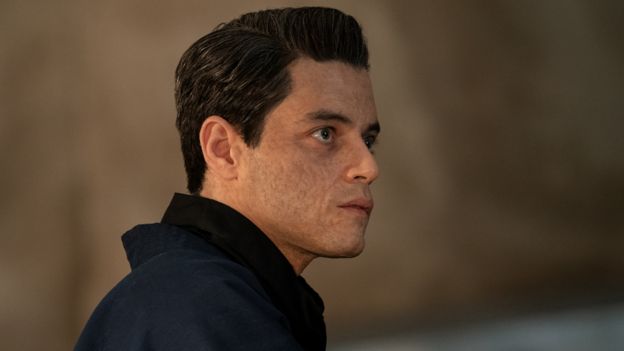 Fans have speculated about whether Rami Malek's villain is Dr No

"And I think for Lashana, she has a lot to prove, she's capable, she's physical, she's intelligent. And the world has changed, and she feels she's inheriting a world that agents like Bond had operated in. And it's like, they want to make their mark. That's how I think of it. Less so than just because she's female, we're in a world where that's not even the considerations. It's more, 'is she capable of being a double-O?'"

One person who became (temporarily) incapable of being a double-O was Daniel Craig, who injured his ankle while shooting the film. But, Fukunaga says, that wasn't as disruptive to the schedule as you might imagine.

"If you think about a film this ambitious, this long, with this many stunts, the fact that we had one sprained ankle and a concussion over that period of time was a pretty high achievement," he says.

"[Craig's ankle injury] delayed us a little bit, but he didn't miss a day of being on set after that. He was on set working out and doing PT [physical therapy] the entire time. We had to do a little juggling on schedule and scenes, but that was pretty much it."

No Time To Die isn't actually finished yet. Filming wrapped last month but the movie is now in post-production, which means Fukunaga "still hasn't had time to really process" the whole experience. "I think I'll probably have to sit down next summer and figure out what just happened," he says.

Ask the directors of Cats or Sonic The Hedgehog whether launching a trailer is a positive experience and you might find them cowering in the corner of a room from the trauma.

But Fukunaga is less anxious about the social media reaction to the Bond trailer. "We don't have any computer graphics animals in our trailer," he laughs, "so we're less worried about that."