One show at Paris Fashion Week proved to be unintentionally timely as models wore a range of outfits complete with matching facemasks.

The outfits were shown earlier this week by French designer Marine Serre.

The catwalk show took place amid rising concern about the outbreak of coronavirus, which caused markets to fall around the world on Friday.

But Serre's collection was designed before the outbreak, and she has used facemasks in her collections before.

Her previous show in September also saw models cover their faces with veils or facemasks as part of the designer's spring/summer collection. 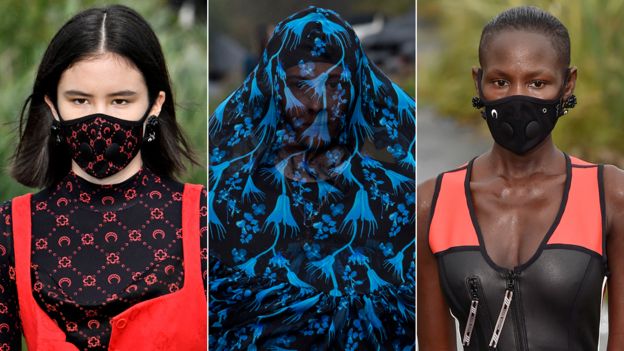 The masks Serre uses have previously been described by her fashion house as "anti-pollution masks".

The 28-year-old has been praised in the fashion press for the practicality of many of her designs.

"Serre's energy has dynamised the fashion industry," Vogue said last year. "Her hybrid garments, each a radical cocktail of century-flitting references, utilitarian practicalities, plus a sporting streak, are never so complicated as to miss the contemporary mark."

At her showcase this week, Serre also showed a range of outfits which went further than facemasks in obscuring models' faces. 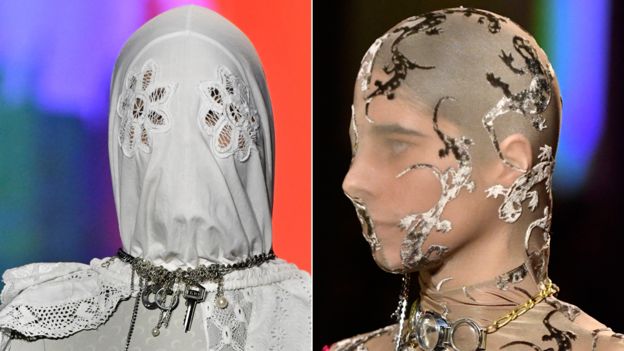 Image caption In some cases, Serre's designs covered the entirety of models' heads

But in addition to the designs appearing as part of Paris Fashion Week shows, facemasks were also being worn by some audience members at catwalk shows. 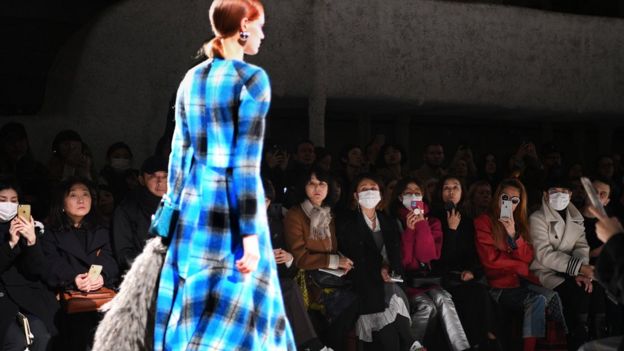 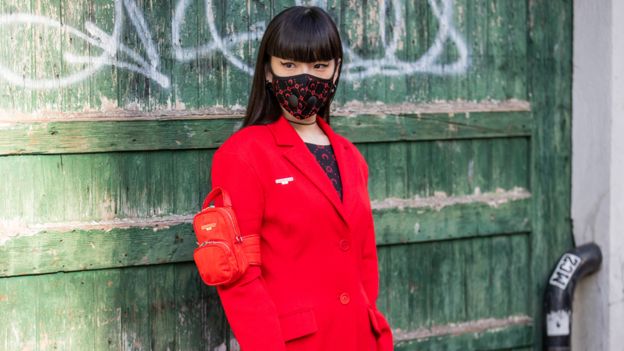 The entertainment industry has been significantly affected by coronavirus, with several events and tours being postponed or cancelled.

On Thursday, Green Day announced they would postpone their forthcoming Asian tour "due to the health and travel concerns with coronavirus".

"We know it sucks, as we were looking forward to seeing you all, but hold on to your tickets we'll be announcing the new dates very soon," the band added in their statement.

Korean pop group BTS cancelled several live shows due to take place in April at the Olympic Stadium in Seoul amid health concerns.

"It is unavoidable that the concert must be cancelled without further delay," said a statement, originally written in Korean, which was posted on the group's mobile fan platform.

"Please understand that this decision was made after extensive and careful consideration." 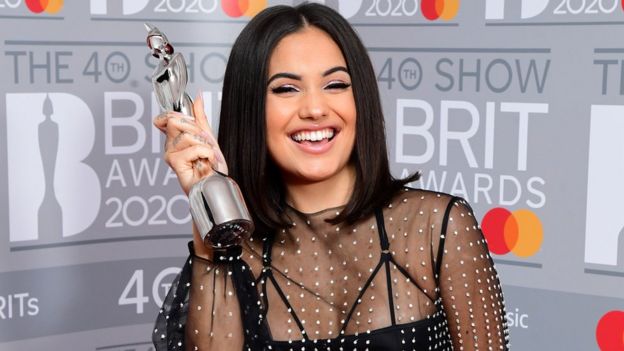 South Korea has been heavily impacted by coronavirus - the country has more than 2,300 confirmed cases so far, making it the biggest outbreak outside of China.

Earlier this week, Brit Award-winning singer Mabel cancelled a scheduled show in Milan after a wider coronavirus outbreak in Italy.

Two other Disney-branded theme parks, in Hong Kong and Shanghai, have been closed since late January.

Beyonce’s ‘Renaissance’ Bows at No. 1

Use social media to expand your fan base

Khloe is taking time to name her son

Legend on his friendship with Kanye

Types and elements of dance

'The White Lotus' To Premiere in Oct

I am a businessman, not a politician — Nacee
Previous Item
NEXT