Mrs Shults (left) flew fighter jets in the US Navy

A pilot who safely landed a Southwest Airlines passenger plane after a jet engine ripped apart mid-air is being praised as a hero by passengers.

Tammie Jo Shults landed Flight 1380 at a Philadelphia airport after the incident on Tuesday, according to passengers. One woman was killed.

She took control when the jet blew an engine, shattered a window and nearly sucked a woman out of the aircraft.

Mrs Shults served in the US Navy for 10 years and flew fighter jets.

A cause has yet to be determined, but officials said an early review of the incident, which left one woman dead and several others injured, found evidence of metal fatigue where a fan blade had broken off, according to the US National Transportation Safety Board (NTSB).

Passengers aboard the Dallas-bound flight carrying 149 people lauded Mrs Shults as an "American Hero" who prevented a much larger tragedy.

Mrs Shults' has not been officially named by Southwest Airlines, but passengers who were on the flight have identified her as the pilot. Her husband has also confirmed she was at controls of the plane to the Associated Press.

She was among the first cohort of female fighter pilots to transition tactical aircraft, the US Navy has confirmed.

Passenger Alfred Tumlinson of Corpus Christi, Texas praised the pilot for her "nerves of steel".

"That lady, I applaud her. I'm going to send her a Christmas card - I'm going to tell you that - with a gift certificate for getting me on the ground," he told the Associated Press.

Diana McBride Self, who was also on the flight, posted a photo on Facebook of Mrs Shults as she met passengers after the plane was back on the ground.

"Tammie Jo Schults, the pilot came back to speak to each of us personally. This is a true American Hero," she wrote.

"A huge thank you for her knowledge, guidance and bravery in a traumatic situation."

The twin-engine Boeing 737 had left New York when shrapnel pierced the passenger compartment causing the plane to lose pressure and rapidly drop.

With oxygen masks over their mouths, passengers screamed and braced for impact.

"We have part of the aircraft missing so we're going to need to slow down a bit," she said, adding that she is carrying injured passengers.

"Injured passengers, okay, and is your airplane physically on fire?" asks a male voice in the tower, according to a recording released by officials.

"They said there's a hole, and uh, someone went out," she calmly says.

The New Mexico native graduated university with degrees in biology and agribusiness before joining the US Navy.

According to the US Navy, she left active service in 1993 after achieving the rank of Lieutenant Commander. 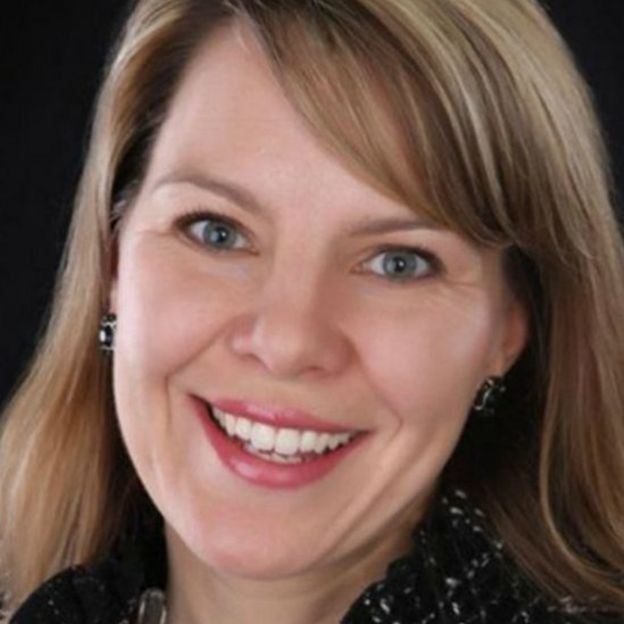 Jennifer Riordan, who was killed, was a mother-of-two and bank vice-president

On social media, some compared the mother-of-two with Captain Chesley "Sully" Sullenberger, who glided a US Airways plane into New York's Hudson River in 2009.

According to a relative, her husband is also a pilot for Southwest.

US transportation secretary Elaine Chao commended the flight crew for their reaction to the incident.

"I commend the pilots who safely landed the aircraft, and the crew and fellow passengers who provided support and care for the injured, preventing what could have been far worse."

The mystery of the homesick mechanic who stole a plane

Record rise in global cases – WHO

Covid: what treatments are being explored?