US to help Ghana on political vigilantism - US Ambassador

The United States (US) Ambassador to Ghana, Madam Stephanie Sullivan has said that the US is ready to support Ghana to deal with the issue of political vigilantism.

She also pledged the commitment of the US government to assist Ghana to deepen its democracy, good governance, the justice delivery system, peace and security.

She commended Ghana for its involvement in promoting peace in other parts of the world, but urged Ghana not to “export all her peace at home" by guarding against certain tendencies that has the potential to derail the country's track record as an oasis of peace in the sub-region.

Madam Sullivan said this during an interaction with Journalists on the first day of her three day working visit to Tamale on Wednesday.

The US Ambassador arrived in Tamale, the Northern Regional capital on Wednesday afternoon, March 13, to begin a three-day working visit in the region.

Madam Sullivan on her arrival paid a courtesy call on the Mayor of Tamale, Mr. Musah Superior in his office to discuss some of the priority areas the US government was partnering the Ghana government to help accelerate the socio-economic development of the country 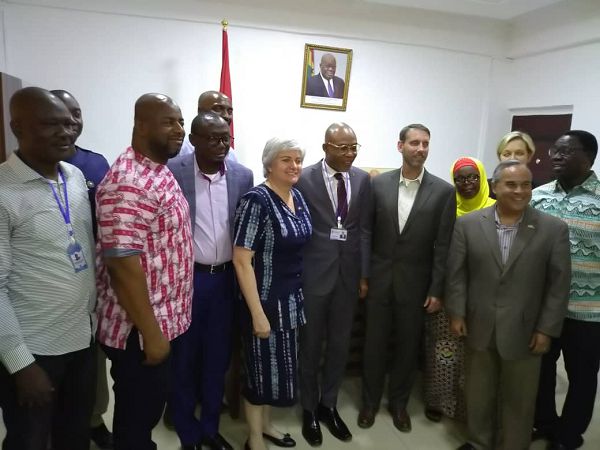 She mentioned Trade and Investment, private enterprise driven development, and the Ghana beyond aid agenda as some of the areas which the US government was interested in partnering the country.

For his part, the Mayor of Tamale, Mr Superior thanked the US Ambassador for her visit and said the assembly has embarked on some activities to create an enabling environment to promote business activities in the metropolis.

Madam Sullivan during her visit would also called on the Overlord of Dagbon, Yaa Naa Abukari Mahama II at his palace in Yendi, the Mion Lana, Mahamadu Abdulai at his palace in Mion near Yendi and the Northern Regional Minister, Mr. Salifu Saeed.

The US Ambassador would also visit a Shea processing factory in the Tolon District where the US government is supporting about 600 women involved in the picking and processing of Shea butter.

WHO: Airborne COVID can’t be ruled out

Registrants must abide by the protocols