Tina Turner has opened up about her son's suicide earlier this year.

Craig Turner was 59 when he was found dead in July at his Los Angeles home from a self-inflicted gunshot wound.

Speaking to BBC News, Tina Turner said he had seemed fulfilled in both his professional and personal life after finding a new girlfriend.

"I still don't know what took him to the edge," Turner said, "because at that stage he had said to me that he had never met a woman that he felt that way about."

"He was bringing her to meet me [for] his birthday in August. He had decorated his apartment, that I bought him years ago. He had gotten a new job with a prominent real estate company in California, [which] he was very happy with.

"I have no idea what pulled him down, except something that followed him with loneliness. I think it was something with being alone.

"But when I think that, why didn't he call the new girlfriend that gave him the lift?

She added: "He was an introverted person, he was very shy, so I didn't know either, except now when I listen back to our last conversations, I notice a change.

"The last few times we talked, the conversations were different, and I didn't know that until after the suicide."

Turner also discussed how her life had changed since her marriage to her long-term partner Erwin Bach in 2013.

She has written about her life in her new autobiography entitled My Love Story.

Not long after her honeymoon she suffered a mild stroke, she then had cancer, and kidney failure and doctors told her she would die if she didn't take treatment for her kidney.

"In Buddhism you accept the life and the death. I was ready, I just thought it was my time." 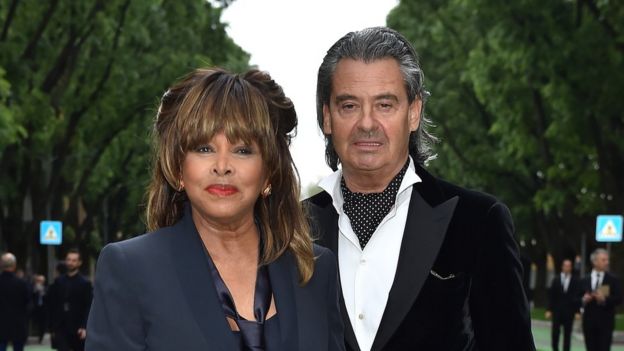 Since moving to Switzerland she found out about the Exit way of assisted suicide and is signed up to it.

"Death is not a problem for me, I really don't mind leaving."

But last year Bach donated a kidney to her and she said she is now feeling better than ever.

"So that means that most of my hardships came while I was young and growing up. And in the last days when normally people suffer from old age and sickness my happiness came.

"I did fall a couple of days ago and broke something so I was in a wheelchair and on crutches so maybe now I'm going through my sick period and I think that will take me through to my 90s.

US raid in Somalia kills top IS leader