Israeli billionaire Beny Steinmetz to be tried over 'Guinea bribes'

The trio allegedly paid $10m (£8.2m) to one of the wives of former Guinean President Lansana Conte.

The prosecution is seeking prison terms of two to 10 years.

The prosecutors, who opened an investigation into the alleged bribery six years ago, allege that Mr Steinmetz obtained the mining rights in the Simandou region of south-eastern Guinea just before Conte died in 2008.

They charge that the money was paid to a wife of the country's former president partially through Swiss bank accounts. In February this year, Guinean authorities dropped corruption charges against Mr Steinmetz and BSGR in exchange for relinquishing rights to the Simandou mine.

The Guinean government has said it was not involved in the Swiss investigation and will not seek any "hostile action" against BSGR.

In 2016 Mr Steinmetz was detained and questioned by the Israeli police over the mining deals. He denied any wrongdoing. 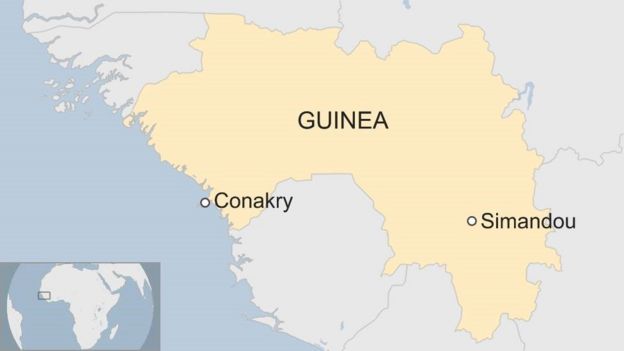 Simandou is one of the world's biggest iron deposits, containing billions of tonnes of high-grade ore.

Guinea's mineral wealth makes it potentially one of Africa's richest countries, however, most of its citizens live on less than $1 (£0.80) a day.

Man arrested with 30 phones in shorts