A video featuring a pregnant nurse treating patients in a hospital in the virus epicentre of Wuhan has sparked a backlash across China.

The video by state media outlet CCTV was meant to portray nine-month pregnant Zhao Yu as a hero.

But instead social media users criticised the hospital for allowing a heavily pregnant nurse to work in a highly contagious environment.

One user said the woman was being used as a "propaganda tool".

More than 2,200 people have now died from the coronavirus in China, with the majority of deaths coming out Wuhan, capital of Hubei province.

In China alone, there have been more than 75,000 cases of infection. The virus has also spread around the globe with more than 1,000 cases and several deaths worldwide.

A show of 'propaganda'

State media outlet CCTV had last week released a video featuring Zhao Yu, who works in the emergency ward at a military hospital in Wuhan. 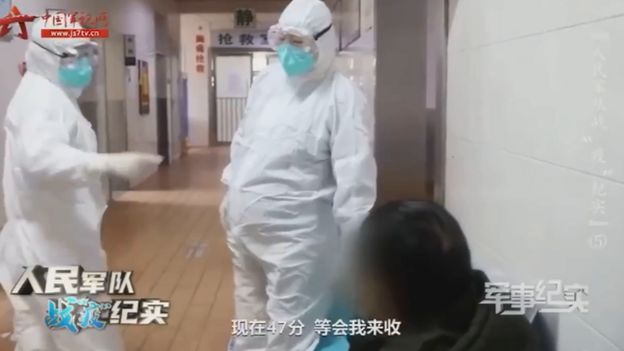 The video shows her walking around the hospital in a hazmat suit while heavily pregnant. She's seen making the rounds and testing a patient who is later sent to the fever department. The patient is heard telling her not to work as it is "dangerous".

Zhao Yu acknowledges in the video that her family objects to her continuing to work, but adds that she hopes to do her part in fighting the virus.

But the video - which was meant to be a touching tribute to her self-sacrifice - touched a nerve, with many accusing the broadcaster of using her story as a form of "propaganda".

"Can we stop all this propaganda? Who made the decision that this video was okay? Pregnant women should not be [on the frontlines], that's it," another said.

"What is this, a show for political purposes? Don't send a woman who is nine months pregnant to do this," said one comment.

"I really think that this message... blindly advocating women to fight on the frontlines regardless of their health... it's really sick," one person said.

And it's not the only video that has got netizens angry.

Another video posted this week by state-owned media outlets in Gansu showed several female nurses weeping as they had their heads shaved. 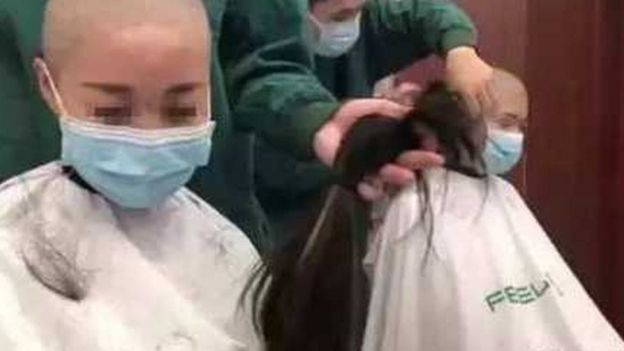 The video explained that the head-shaving exercise took place so it would be easier for women to wear protective head gear while treating patients.

The hashtag #SeeingFemaleWorkers - calling for people to recognise the contribution of women on their front lines - also started to go viral on Weibo.

"Professionalism. Faith. Loyalty. Strength. These are all qualities worth being proud of. Women aren't capable and great just because they're shaving off their long hair," said one comment.

"Why does the media always use women's sacrifices as a tool for propaganda? Wouldn't it be equally as admirable for these women to go on the front line with their long hair? For women who are not pregnant to be fighting?" said one commentary on WeChat.

"They must be beautiful, a mother, a partner, and then make sacrifices. Only then will they be considered great."

COVID:Trouble ahead for India's fight

UK confident of test and trace

100s escape from quarantine in Malawi

'Kenyan students better off left in Wuhan'
Previous Item
NEXT