Pierre Gasly (left) has been demoted from Red Bull to Toro Rosso, with Alexander Albon moving the other way

Formula 1 is on its mid-season holiday, but that did not stop Red Bull causing a shock by demoting Pierre Gasly to its junior team Toro Rosso - with Alexander Albon promoted to replace him.

Gasly had only been driving for Red Bull since the start of the season but has managed no podium finishes, while team-mate Max Verstappen has won twice and been in the top five at every race in 2019 - and so the team have taken action.

Albon, a 12-race rookie who has never finished in the top five, now has the toughest job in Formula 1 - trying to beat Verstappen.

But the sport has a history of drivers being given unexpected chances. Some rise to the occasion, others do not. Here are some of the most bizarre mid-season driver changes.

Why did it happen? In 1991, Jordan were left a driver short midway through the season after an incident eight months earlier. Bertrand Gachot was involved in a minor car accident with a taxi at London's Hyde Park Corner, then had an argument with the taxi driver, Eric Court.

Gachot produced a can of CS gas - illegal at the time in Britain - and sprayed it in Court's face.

The courtroom followed... Gachot claimed it was self defence, but was sentenced to six months in prison for actual bodily harm - later reduced to two months on appeal - with him missing the next few races while at HMP Brixton.

Team boss Eddie Jordan decided a German with no previous Formula 1 experience would step in for Gachot at the Belgian Grand Prix. That man was Michael Schumacher, a 22-year-old, who had won the German Formula 3 title the previous year and was a member of Mercedes' junior programme. 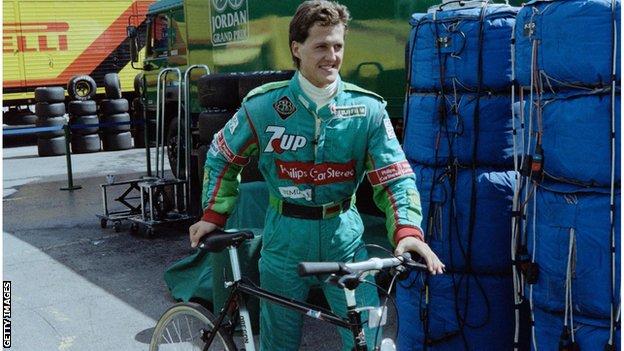 Did it work? Schumacher made an instant impact as he qualified seventh, 0.7secs quicker than experienced team-mate Andrea de Cesaris. Schumacher overtook Jean Alesi on the opening lap before a clutch issue saw the German out early on.

But the first page of the Schumacher F1 story had been written, and he would become the most successful driver in the sport's history, winning a record seven world titles and 91 races.

His time at Jordan only lasted one race as his impressive debut saw him snapped up by Benetton.

Gachot? He returned to F1 for a further four years, but most of his races went the same way as his career at Jordan - unfinished.

Why did it happen? Don't crash into your team-mate: It's the number one rule in Formula 1. But that's what Juan Pablo Montoya did in what proved to be his last Formula 1 race.

Montoya smashed into the back of fellow McLaren driver Kimi Raikkonen at the United States Grand Prix, with both men out before one lap had been completed.

The Colombian had caused a problem for McLaren in 2005, when he missed two races because of a mysterious injury, claiming he had been hurt playing tennis so was already on thin ice when he hit the Iceman. 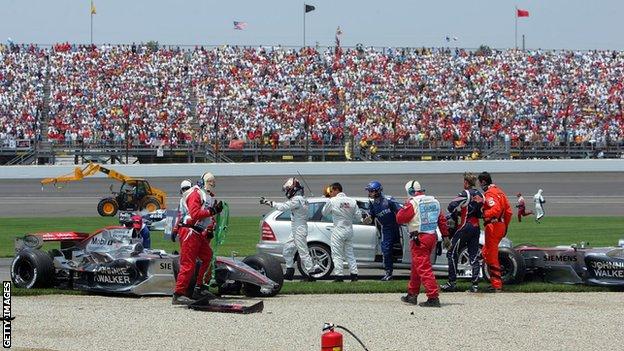 Montoya had already announced he would be leaving F1 at the end of the 2006 season to join IndyCar and a few days after the US Grand Prix, McLaren hurried him to the exit door, replacing him with Spanish test driver Pedro de la Rosa with eight races left.

And what of that "tennis" injury? Only recently, speaking in an F1 podcast, did Montoya admit that he actually injured himself falling off a motocross bike but was too scared to tell team boss Ron Dennis the truth.

Did it work? It was not a calamity as De La Rosa finished in the points in five of eight races, including a second-placed finish in Hungary. His total of 19 points from eight races, compared with the 26 Montoya had scored from the opening 10 races.

Why did it happen? Gasly's demotion has a precedent. Red Bull dropping one of their under-performing drivers and replacing him with someone from their junior team? It happened three years ago.

Russian Daniil Kvyat, after one full season at Red Bull following his earlier elevation from Toro Rosso, claimed his first podium when he came third in China. However, not everyone was happy.

Four-time world champion Sebastian Vettel said Kvyat's driving was "like a torpedo" after a "suicidal" overtaking move and called the Russian a "madman".

The pair collided again at the very next race - with Kvyat hitting Vettel twice in two corners - and this time Red Bull had seen enough, demoting Kvyat to Toro Rosso and replacing him with 18-year-old Max Verstappen. 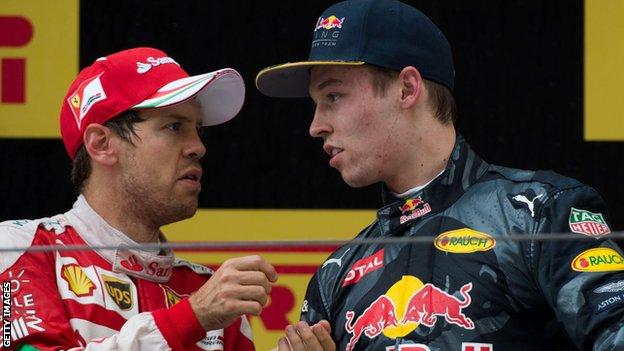 Did it work? Instantly. Verstappen became the youngest race winner - aged 18 years and 227 days - when he triumphed at the Spanish Grand Prix in his first Red Bull race.

The Dutchman has since won a further six times, including twice this season. Kvyat was out of Formula 1 in 2018 before making a surprise return to Toro Rosso.

Why did it happen? This is a tale of the F1 dads. Jan Magnussen, whose son Kevin now drives for Haas, was struggling for Stewart at the start of the 1998 season and had failed to finish in four of the opening seven races, not helped by taking out his team-mate Rubens Barrichello at the San Marino Grand Prix.

In came Jos Verstappen, whose son Max was not even one year old at the time. 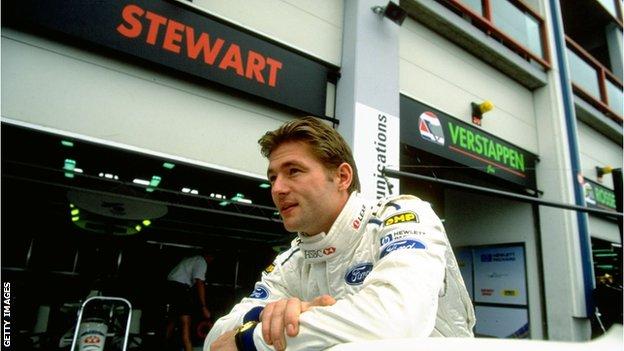 Jos Verstappen pictured back in 1998, less than a year after he had become a father for the first time

Did it work? No. Jos Verstappen had six retirements and never finished higher than 12th in the remaining nine races.

Why did it happen? Felipe Massa suffered a horrific incident during qualifying in Hungary when a flying suspension spring from another car hit his helmet, leaving him with a fractured skull and needing eye surgery.

Ferrari needed to fill the vacant seat for seven races. With 40-year-old first choice Michael Schumacher unable to make a shock comeback because he was injured, the opportunity went to Luca Badoer, Ferrari's longest-serving test driver.

Did it work? Definitely not. Badoer was so bad he lasted only two races. He had not driven in F1 for 10 years; in his first race back - the 2009 European Grand Prix - he qualified last, having been caught speeding four times in the pit lane during Friday's practice session. He then finished 17th out of 18 in the race. 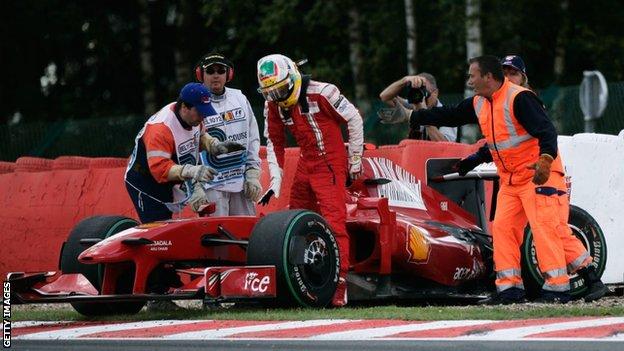 Badoer spun in qualifying in Belgium, and was last of the 14 drivers who finished the race, as Giancarlo Fisichella finished second in a Force India. So, inevitably, Fisichella got the call to replace Badoer.

Did that work? Not really. Fisichella did not finish higher than ninth in five races and never raced in F1 again with Massa fit to start the 2010 season - much to Ferrari's relief.

Serrano's journey from Monaco to Livingston