World Cup winner, two-time Champions League winner and Liverpool legend Xabi Alonso will make his managerial debut on Saturday when he leads Real Sociedad B against Burgos in Segunda Division B, the third tier of Spanish football.

In a wide-ranging interview with BBC World Service, Alonso talks about his incredible playing career and why he has returned to where it all started to begin his coaching career.

Why start your managerial career at Real Sociedad?

"It's my roots. I was born 15 minutes from here - I live close by so all my childhood has been around Real Sociedad. My father was a player, later he was manager so I always have had a very strong link to the club.

"I used to go to the stadium but later I was lucky enough to play for the first team and that was a dream come true at that moment. Being back here after so many years, almost 15 years, many memories are coming back to me. The surroundings, the facilities are fantastic and I'm really happy to be back.

"I was here for four years and to be able to fight for the league title (in 2002-03 they finished second in La Liga, two points behind Real Madrid) with this club was like almost winning the World Cup or the Champions League with a top club. It was an amazing season, we were able to fight until the end. The atmosphere that year in the city and surrounding areas was unbelievable. We touched it but didn't grab it strong enough to hold it. 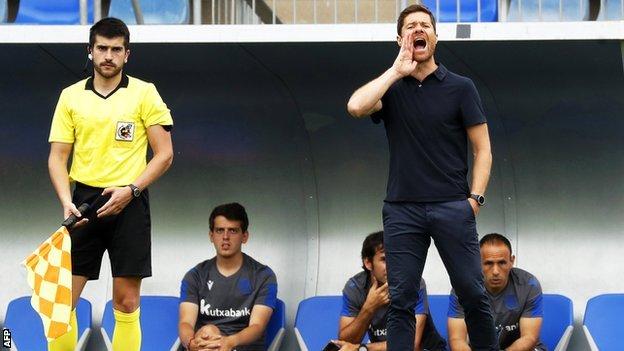 "It was always on my mind to come back. I didn't know if it would be as a player or as a coach but I wanted to come back to San Sebastian to live and be part of the club. The club is doing a great job with the youth teams and really support the young players to become professionals and to feed the first team with the players, to develop, to improve them to be ready for the first team.

"To be part of that process was a big challenge, a big part of the formation as a coach and so many players are reaching the first team because they're doing a great job with the young teams."

Learning from playing under Mourinho, Guardiola, Ancelotti and Benitez

"Of course I have taken a lot from all of them. I've been lucky enough to experience great clubs, with great players, great team-mates and great managers. I've always tried to be close to them, to understand how and why they make decisions. You learn from that but you need to build your own personality - it's not a copy and paste thing this manager's job. You need to build your own ideas and believe in them to be able to transmit that idea and that's what I'm trying to do.

"Occasionally I call them [his former managers]. I try to keep in touch with some of them that I have a good relationship with. That's the good thing that you have after 18 years playing football, I have been lucky to have contact with John Toshack, with Jose Mourinho, with Pep Guardiola, with Vicente Del Bosque. 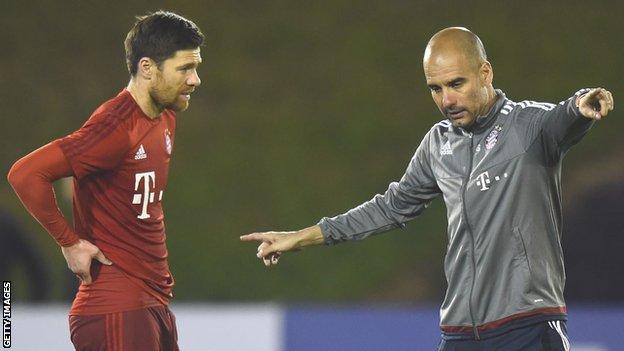 "Pep is so special. As a manager he understands, reads the football and the micro football, the little things - why things happen and what the team needs to do to control or create danger. His [Manchester City] team has been so stable and able to control all the games, and to do that in the Premier League is really difficult. That's part of his knowledge of the game and his passion. He's always trying to encourage the team and to transmit that passion. All that knowledge without heart and without passion is not possible. That mix is what makes him so brilliant.

"Time will tell what will happen with my managerial career. I am still enjoying being back home, being here, and I just want to focus on here right now."

Will he manage Liverpool one day?

"Well at the moment they have an absolutely fantastic manager and we all as Liverpool fans are thrilled with Jurgen [Klopp], with what he's doing. You could feel he was the man because of the way he embraced the Liverpool culture, the way he connected with the fans - you could see that he could make a great job. Even the best expectations he has fulfilled. He's the man at the moment.

"Watching the team lifting the Champions League and watching the fans enjoy it as much as we did in 2005, it brought back a lot of memories. We [some of the 2005 team] were in the stadium, old team-mates gathering together again, Stevie [Gerrard], Jerzy [Dudek], Sami [Hyypia], we were together celebrating what they have achieved this year. 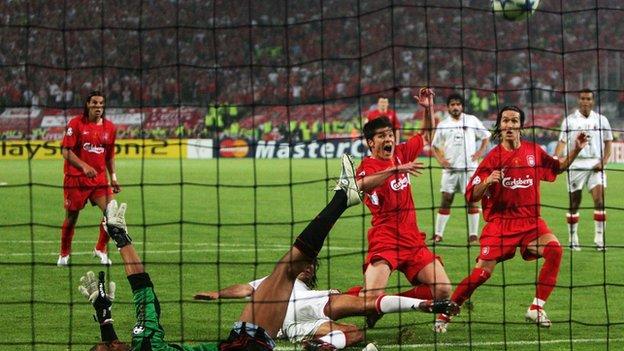 "It was really emotional. You know how special Liverpool is, once a red always a red and that's not a slogan, that's not a logo - it's real and we share that belonging.

"Our generation that have been playing in the Champions League for many years, we're almost taking a step back and taking steps into management. It's part of the cycle of football but for me it's great to follow Stevie, to follow Mikel [Arteta], to follow Frank Lampard - what he's doing and so many young managers that are already there."

How will the Premier League go this season?

"I support Mikel and Pep a lot but my feelings are not shared at the moment. I am a Liverpool fan.

"Last season it was phenomenal, the race that both teams had. What City did, what Liverpool did, it's going to be tough to repeat but they have the project that is stable, they know what they want but the Premier League is tough. It's still early days, but why not?

"Jordan Henderson has become a figure in the changing room. I think he's so respected, so important for his team-mates - that's the sense I get from watching in the stands. For the way they play it's very important, the energy he has. 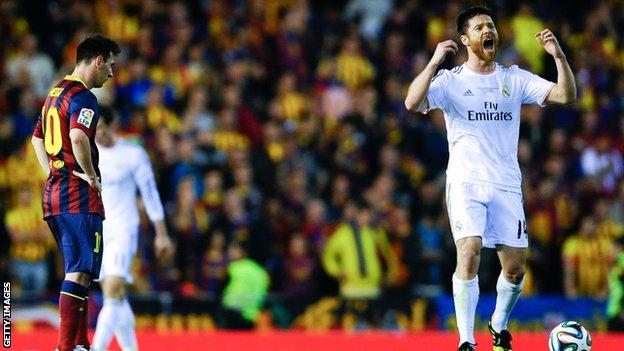 "Zinedine has done great. They have a different project at Real Madrid now after last season, they want to have a fresh start but it's always so demanding, expectations are as high as possible and we will see but it's a great team.

"You have to be there to be able to explain something like that [Gareth Bale] and I am not there so I can't have a real good opinion on it.

"But Gareth is a top professional, whatever happens, whatever he's been told. He's been training, performing, he's been ready and he's shown that in the first game.

"He was quite integrated in his first year, he was able to adapt and we won the Champions League and the Cup title [Copa del Rey]. I was one year with him but I could see that he was doing well."

Aanholt reveals he was racially abused

'We have to find a spark again' - Solskjaer

Ritchie apologises for argument with Bruce