Bajric was caught as Jimenez attempted an overhead kick late in the game.

He was treated on the pitch for 10 minutes before being lifted onto a stretcher and then taken to hospital.

"He is conscious but he has concussion," said Kovak.

"At the moment it looks like a bad injury, quite serious. One of the home players kicked him in the head.

"He is not going home with us tonight, he is staying here in hospital to be observed."

Jimenez was booked for the challenge on the 24-year-old but went on to score in the 92nd minute as Wolves won 1-0.

"It is difficult for all of us," Jimenez told BT Sport after the game. "I don't know what to say. I hope he recovers well." 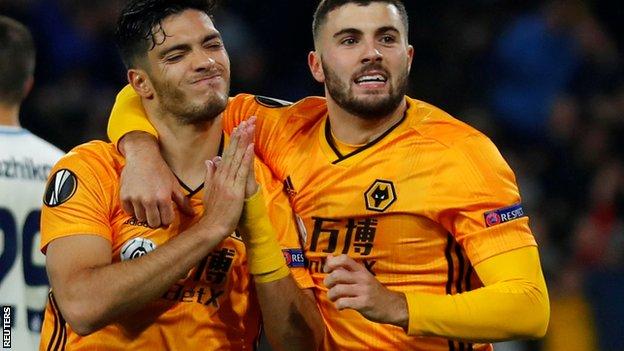 Raul Jimenez has scored 29 goals for Wolves in all competitions since the start of last season, 15 more than any other player for the club in that time

Criticism no bad thing before Wembley game'
Next Item