Liverpool have taken control of the Premier League title race but former Reds striker Peter Crouch says nobody at Anfield will be getting carried away with their commanding lead at the top of the table.

Crouch joined Alan Shearer on Match of the Day 2 on Sunday to analyse the Reds' performance as they beat defending champions Manchester City 3-1 to go eight points clear.

Here, he explores what makes Jürgen Klopp's side so formidable, but explains why some Liverpool fans will not be celebrating anything yet.

Crouch: "I got loads of texts from family and friends at the final whistle on Sunday, saying they are absolutely buzzing and that it is a massive, massive win.

"But, when it comes to the title, all the Liverpool fans I know are trying to keep a lid on their feelings as best they can.

"I totally understand why. I was up at Anfield for the game near the end of the 2013-14 season when they beat Manchester City 3-2, meaning the title was in their hands with four games to go.

"The place was buzzing, and everywhere you went in the city it was the same - absolutely electric, with people telling you they were going to win the league.

"Then came Steven Gerrard's slip against Chelsea in their next home game, and they ended up throwing it away. A lot of people were burned by that and that has left them thinking 'we are not going to make that same mistake again'.

"That is still true now, even after beating City. I know loads of Liverpool fans and they are all saying the same thing to me - 'it's not over'. None of them are talking about winning the league yet; they are saying there is a long way to go.

"I think some of them might secretly be thinking differently, but none of them will say it. It will be the same with everyone connected to the club at the moment.

"It has been 30 years since Liverpool were last champions, which is a long, long time - they know what has happened in their most recent title bids, and they don't want the same to happen again."

'Ruthless Reds show why they are the best' 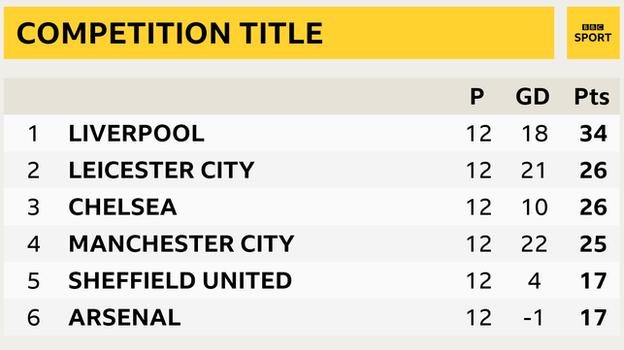 Liverpool have won 11 out of their first 12 league games this season. They have lost only one of their past 51 league matches

Crouch: "From the outside looking in, I have to say I cannot see Liverpool losing the three or four games between now and the end of the season that it would probably take for them to be overhauled by City or anyone else.

"So you have to say that they are huge, huge favourites now.

"No-one inside Anfield will have been saying that at the final whistle on Sunday, but Liverpool are the best team in the league and I think they proved that against City.

"There is so much to admire about them, and the way they play. It felt like they were just ruthless against Pep Guardiola's side and every single player is pulling their weight.

"We talked about their midfield three on Match of the Day 2 because I think Georginio Wijnaldum, Jordan Henderson and Fabinho get overlooked sometimes. 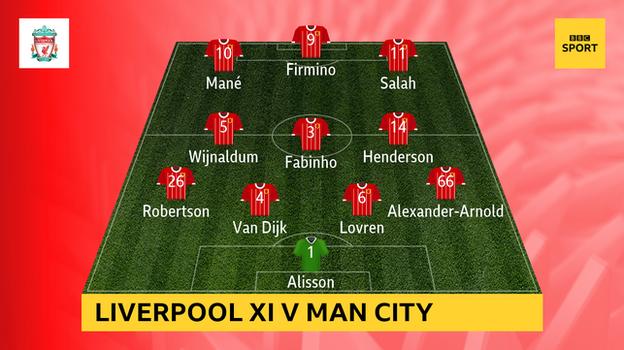 "They are often seen as being more functional than, say, City's first-choice trio of David Silva, Kevin de Bruyne and Rodri - but they still have a lot of quality going forward.

"Watching Wijnaldum, you can see why he scores goals because he attacks the box so well, and he is also very creative.

"Then you look at the cross Henderson put in for Liverpool's third goal. He does that more and more now - gets down the right and puts some unbelievable balls in.

"He has surprised a few people but he has definitely always had it in his locker. I remember playing against him when he was at Sunderland once, when he was being used as a wing-back, so he is used to getting up and down that flank.

"Along with Fabinho, who scored Liverpool's first goal with a superb strike, they are all fantastic defensively too, because they always keep their shape, but they have shown they can be involved on the attacking side of things too."

'Liverpool full-back pairing is best in the world'

Crouch: "With what they do for this Liverpool team, Andy Robertson and Trent Alexander-Arnold are redefining the way full-backs play.

"With their runs forward and balls into the box they have always offered such an attacking threat along with the front three, but now they are passing to each other too.

"I remember when I was playing for Liverpool, the full-backs were passing it inside to Gerrard or Xabi Alonso, who would play the diagonal balls forward.

"Well, Trent is doing that himself now, from his position, and he is doing it just as well as Gerrard or Alonso.

"Then you have got 'Robbo' on his bike and pelting forward to get on the end of them, creating chances like he did for Salah's goal against City.

"It is a joy to watch at times and they really are outstanding. I don't know a better full-back pairing in the world at the moment, and they are another reason why this Liverpool team is going to be so hard to stop." 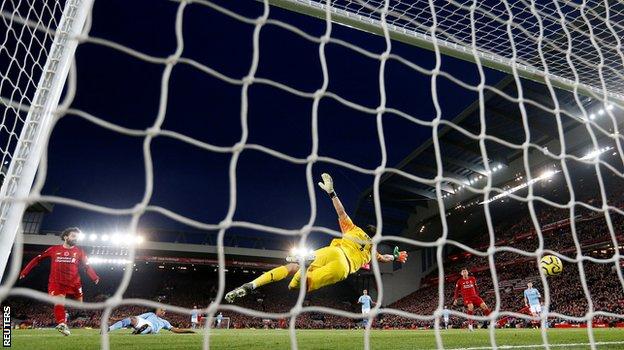 Mohamed Salah met an Andy Robertson cross to score Liverpool's second goal against Manchester City, after Trent Alexander-Arnold had found his fellow full-back with a cross-field pass. Robertson has four assists in the Premier League this season, while Alexander-Arnold has three

“We are in a team-building process”

Shiels to call on youth against Latvia

Is this Eng best generation of goalkeepers?

Black Stars get another cup of Milo?

West Ham to give Pellegrini more time
Next Item