Mourinho took training for the first time on Wednesday

New Tottenham manager Jose Mourinho has promised to bring "passion" and "happiness" to the club.

The Portuguese, 56, was appointed on Wednesday morning, following the sacking of Mauricio Pochettino on Tuesday night.

"I couldn't be happier and look forward to the challenge," he said.

In his interview with Spurs TV - his first since being appointed - Mourinho said: "What can I promise? Passion, real passion. Passion for my job, but also passion for my club, that's the way I have been all my career and I want to try, obviously, everything to bring happiness to everyone who loves the club."

Mourinho has signed a contract until the end of the 2022-23 season with a basic salary of £8m a year.

It is his first job since being sacked by United in December 2018.

He takes over a Spurs side that are without a win in their past five games and have slipped to 14th in the Premier League, 20 points behind leaders Liverpool after just 12 matches.

"Even as an opponent, there was always huge respect between me and the club," added Mourinho. "I met you in cup finals, in semi-finals, in big matches and to keep that respect was probably in the back of my mind that one day I could be one of you." 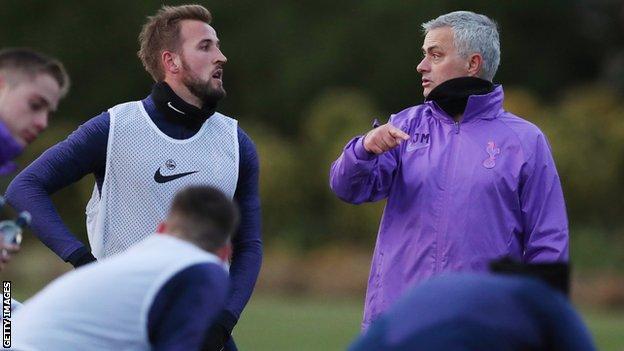 Speaking about the squad he has inherited, Mourinho praised the club for keeping their best players and said he was looking forward to working with the academy players.

"It's a privilege when a manager goes to a club and feels that happiness in relation to the squad he is going to have," he said.

"It didn't happen many times. To be honest, the majority of the times we go to clubs and we always think 'we like some, I don't like enough' and you think immediately about what to do to change, what to do to make an approach between your ideas and the profile of the players.

"This is a completely different case. I really like this squad."

There was also praise for Spurs' £1bn stadium that opened in March.

"I think you are too humble when you say, 'beautiful stadium', too humble," added the former Real Madrid, Inter Milan and Porto boss. "You have to say the best stadium in the world. That's the reality.

"The training ground is second to none. It probably can only be compared with some American Football training grounds. You cannot compare it with European football at any level, and I've been in the majority of the best places."

Who is Mourinho's new assistant manager? 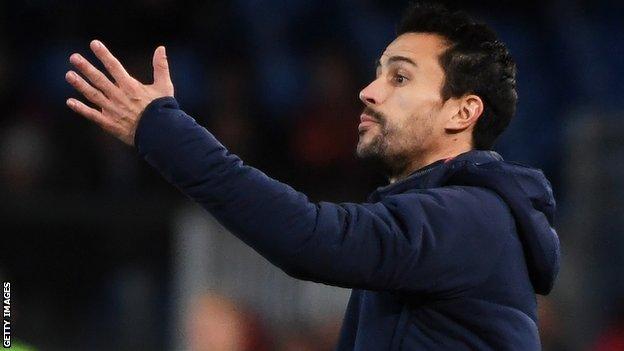 Joao Sacremento has not worked with Mourinho before

Highly regarded at Lille both as a coach and as a person, 30-year-old Joao Sacramento is a really interesting appointment by Mourinho.

His biggest supporter appears to be Lille's "sporting advisor" Luis Campos, a close friend of Mourinho's, who was often seen at Lille games during the past 11 months.

Sacramento joined the French club in early 2017 when current owner Gerard Lopez bought the club but he was sidelined under Marcelo Bielsa during the now Leeds manager's disastrous spell as head coach of Lille.

When Bielsa was sacked, Sacramento took temporary charge along with another coach Fernando da Cruz and then worked as new manager Christophe Galtier's assistant, playing a big part in the club's revival, from escaping relegation to qualifying for the Champions League.

This won't be his first job in the UK; Sacramento entered the world of football not through playing the game but through education, studying at the University of South Wales and going on to work as an analyst with the Welsh national team.

Then he joined up with Monaco in 2014, where he first impressed Campos.

He speaks English, French and Spanish.

Raji accuses GFA of being unfair to Palmer

Remorseful Allotey must come back stronger

More to come from Martial at Man Utd

'Rusty' Jullien not to blame - Lennon

Yiadom fires Crvena Zvezda to next round
Next Item