Mark Wood has played just one Test since May 2018, but took career-best figures of 5-41 in that match against West Indies in February 2019

James Anderson has been ruled out with a broken rib and Jofra Archer missed the second Test with an elbow injury.

That leaves a potentially sizeable hole in the England attack with the series poised at 1-1.

"Mark's ready to come in and do a job," said Collingwood.

"You need those types of bowlers, especially on surfaces at Port Elizabeth where you might need a touch of X Factor; a 90mph-plus bowler that can get the batsmen jumping around.

"Mark's certainly the kind of guy who can do that, along with Jofra."

Wood, 30, has not played Test cricket for England since February 2019, when he produced career-best figures of 5-41 to clinch a 232-run victory against West Indies in St Lucia.

He went on to play an integral part in England's World Cup victory, but has not bowled in a competitive match since picking up a side strain in the final.

Collingwood acknowledges the lack of match practice is far from ideal, but says he has seen enough from his former Durham team-mate in the nets to believe he is ready to re-enter the Test arena.

"Ideally, you would like to have him playing cricket somewhere but with the international schedule the way it is that's just not a viable option," he said.

"So from a coach's point of view you have got to make sure they have got the overs under their belt and their workloads up. He looks really good in the nets." 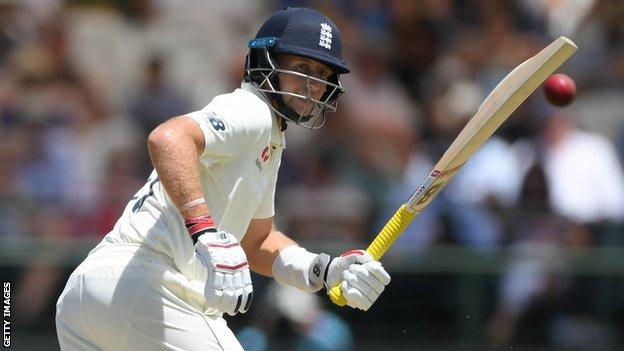 England will recall at least one, possibly two, bowlers for the third Test with Wood, Archer, Chris Woakes and Craig Overton all in contention, depending on whether they retain spinner Dom Bess in the starting XI.

They will return to a team which bowled out South Africa twice to level the series in their last outing in Cape Town.

"Cape Town was exceptional," said Collingwood. "I thought our first-innings bowling performance was one of the best I have seen for many years and that's kind of the blueprint for the future with the Kookaburra ball."

England will be led by Joe Root in the third Test of four, after the captain recovered from illness which saw him miss training earlier in the week.

"It's good to see him back," added Collingwood. "He's got a smile on his face and we've just got to make sure he doesn't pass it on to anyone else.

"He shouldn't now, so all good on that front."

Bentaleb having medical at Newcastle

Rice not daunted by Rangers challenge