England ended Ireland's Grand Slam hopes in brutal fashion as they rediscovered some of their World Cup form to reignite their own hopes of landing the Six Nations title.

First-half tries from George Ford and Elliot Daly after Irish defensive errors plus two conversions and a penalty from Owen Farrell gave England a commanding 17-0 lead.

Ireland struck back with a try from Robbie Henshaw but with Johnny Sexton uncharacteristically wayward off the tee, they never seriously threatened a comeback.

Luke Cowan-Dickie drove over for England's third midway through the second half, with replacement Andrew Porter's late try no sort of consolation for Ireland.

With Wales at home in a fortnight before a trip to Italy, Eddie Jones' men will believe they can finish the championship in style, although they may need Ireland to do them a favour and beat France in Paris next month.

For the men in green and their head coach Andy Farrell it was a chastening afternoon, all the optimism created by the wins over Scotland and Wales leaching away in a display that was ponderous until the game was gone.

England began at a real lick, Manu Tuilagi punching holes through the middle and going close down the left before Andrew Conway hauled him down.

And the reward came when Ben Youngs stuck a grubber kick through, Sexton dithered and juggled in his own in-goal area and Ford seized on the loose ball to touch down.

Sexton then mis-kicked horribly with a straightforward penalty from 30 metres out and England set up camp again in the Ireland half.

Jonathan Joseph danced through in midfield after a mis-hit clearing kick from Conor Murray as Maro Itoje and CJ Stander scrapped in the 22, and England's forwards hammered away at the Ireland line.

With a penalty coming, the men in white shaped to go wide, only for Ford to pop through another kick - and this time it was Jacob Stockdale who dallied, Daly diving onto the ball as Irish hands went to heads.

The scoreboard reflected the gulf between the two sides, England dynamic with ball in hand and ferocious in defence, Ireland laboured and error-ridden.

And Sexton's miserable half was compounded when he was penalised for slowing the ball up, Farrell stroking over his kick to give England their biggest half-time lead over Ireland in 18 years.

Ireland simply had to improve - and belatedly they did. An England knock-on from the restart gave away possession and the visitors finally chiselled out some territory too.

England managed to stop an Ireland driving maul from a line-out close in but the pressure kept coming.

Ireland won a penalty in front of the posts, opted for the scrum and eventually found space in the right-hand corner for Henshaw to burrow through two defenders and over the line.

But Sexton shanked the conversion just as he had the first-half penalty and the pressure ebbed away as Jones threw on Cowan-Dickie, Ellis Genge and Charlie Ewels.

England's scrum, strong throughout, began to dominate and the penalties started to mount.

Farrell kicked to the corner, the forwards set up the maul from the line-out and Cowan-Dickie peeled off with Sam Underhill and Jonny May driving him on to roll over for England's third try.

May was nearly clear on his own after seizing a loose ball from a messy Ireland ruck and appeared to be taken out by Henshaw after kicking the ball ahead, only for referee Jaco Peyper to wave play on.

And as the game stumbled towards the line, Porter rumbled over from a metre out for a try that made little difference to Ireland's afternoon.

Man of the match: Courtney Lawes 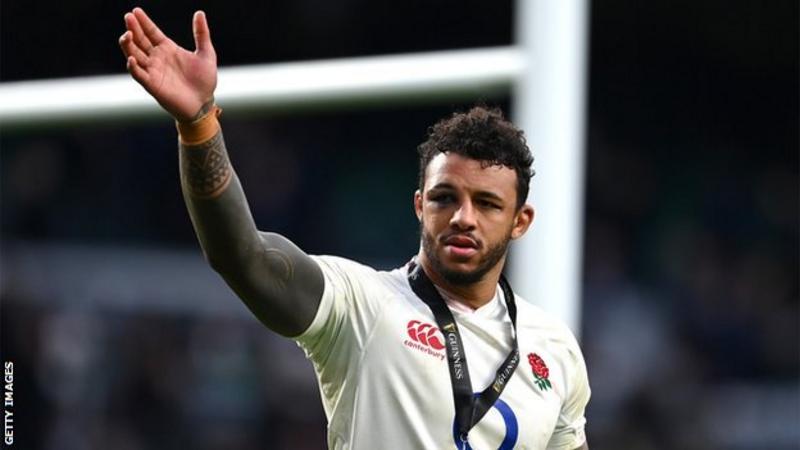 A bravura performance in the back row from a man more normally seen in the second row. He made 14 tackles and eight carries in the hour he was on the pitch, setting the tone for a dominant England performance. And all on his 31st birthday, while sporting a spectacular shiner of a black eye and winning his 84th England cap - the same as former captain Martin Johnson.

What the coaches said

England head coach Eddie Jones: "We had a good preparation, we were always looking at this game and the next as the ones we had to be at our best.

"We were disappointed with the second half, but when you are playing against a side like Ireland you expect them to get some possession. We had to defend pretty well.

Ireland head coach Andy Farrell: "I think the scoreline flattered us a little bit. We didn't start to play how we wanted to until the game was over. England were excellent, every side will look at themselves physically and they certainly won that battle. We didn't fire a shot in that first half.

"England were fighting to stay in the championship and that's what we need to be in the next two games - I need to look at myself regarding the performance of the first half." 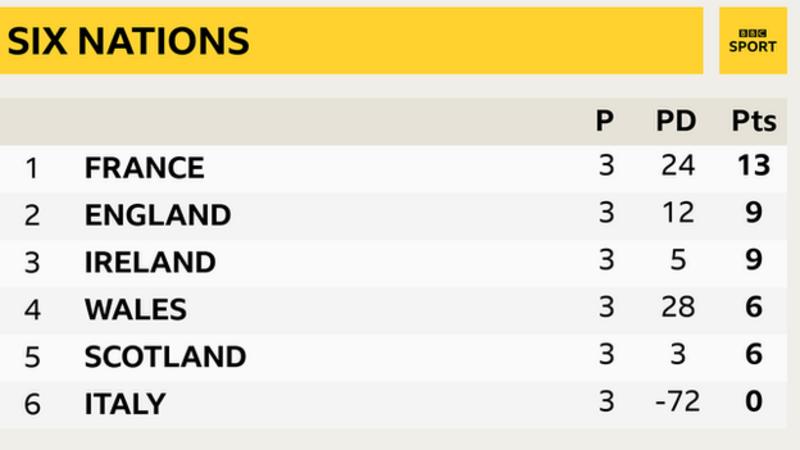 What did the pundits think?

Former England scrum-half Matt Dawson: "It's a fantastic win for England, they were dominant throughout the whole game. The tactics in the first half were spot on, but it was a bit strange they didn't continue that after half-time and put the game away.

"They were happy to let Ireland have the ball and defend. They were really comfortable."

Former England hooker Brian Moore: "Ireland's half-backs Johnny Sexton and Conor Murray have been world class for a long time but I don't think I've ever seen them play as badly, and certainly kick as badly. That created a platform for England who were sharp and really could have scored more tries.

"England's line speed was good throughout, they won the majority of the collisions and got on top in the set-piece."

Former Ireland number eight Jamie Heaslip: "If you keep showing the same picture against a side like England, they'll punish you. Make basic mistakes in the back-field, you will get punished. If you want to win a championship, you can't make those mistakes." 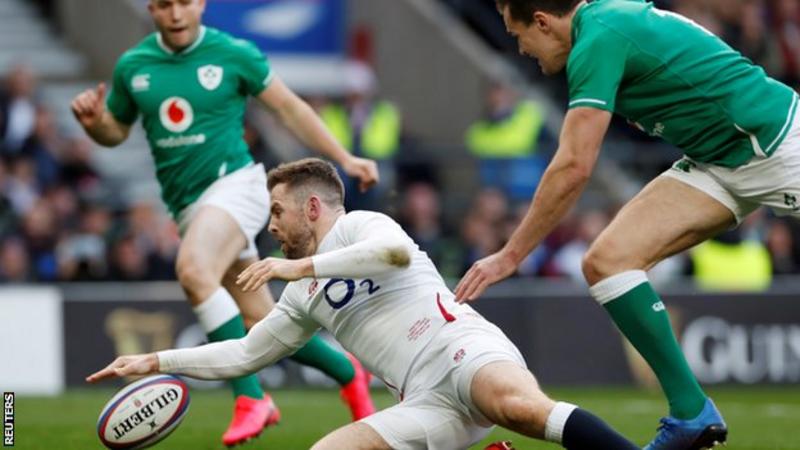 Scotland's Laird in contention in Puerto Rico
Previous Item
NEXT