Luke Shaw says he is desperate to play in a final for Manchester United having missed out on the last four the Red Devils have appeared in.

Shaw is determined to help United progress in the Europa League with the Reds facing Club Bruges in the last-32 second leg on Thursday.

"I was there for the Europa League final and the feeling, even though I wasn't on the pitch, was a feeling I have not felt and I wanted more of.

"I wasn't involved and that is what is pushing me on even more to get into this final, and others.

No new concerns for Solskjaer

United host Club Bruges at Old Trafford with a slight advantage having drawn 1-1 in the first leg in Belgium last week.

Ole Gunnar Solskjaer has no new injury concerns for the game.

Marcus Rashford and Paul Pogba remain the club's long-term absentees, with the pair out with back and ankle issues respectively.

"We had a couple of knocks in training but hopefully they'll be OK," Solskjaer said.

"But it's a strong, fit 25-man outfield squad and it was a good session as well. We're looking stronger."

As well as the prestige of winning a trophy, success in the Europa League also offers United a pathway to next season's Champions League.

"We're a big club, we've got good finances," Solskjaer added. "The longer you're out, the more you suffer, so of course it's an ambition for us to get back into the Champions League, both for the footballing reasons and financially that will help the club. 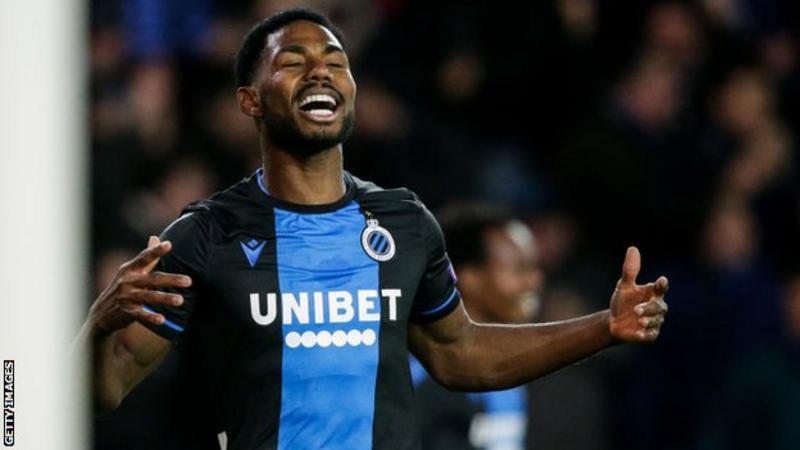 Dennis has scored nine goals for Club Bruges this season

United have been handed a huge boost by the news that their opponents will be without Emmanuel Dennis for the game.

The striker put in a man-of-the-match performance in the first leg, scoring Bruges' goal with a clever chip.

However, Dennis was injured in Sunday's win over Charleroi, along with captain Ruud Vormer, and both players will miss Thursday's game.

Renault to stay in F1 despite job losses