The big names and young pretenders - who will start for England at Euro 2021?

England should have been moving on to the next phase of their Euro 2020 plans with friendlies against Italy and Denmark at Wembley - something reduced to an irrelevance by the global Coronavirus crisis which saw the sport halted and the tournament postponed.

Manager Gareth Southgate wrote an open letter to England's fans telling them to "look out for each other" during the current pandemic.

The Euros are now scheduled to take place next summer - so who will be in the England spotlight when sport resumes?

We take a look a some of the players with the most to lose and gain over the next 15 months in terms of earning a starting slot in Gareth Southgate''s team.

We'd like you to run the rule over the following players and give your opinion on whether you think they will start at next year's European Championships. 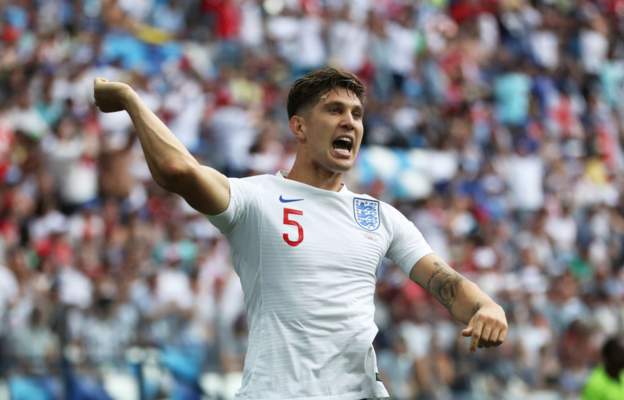 The great hope, first at Everton then at Manchester City, has lost his way after becoming a key component in Southgate's plans - while even Pep Guardiola appears to have diminishing faith in the 25-year-old.

Stones has been dogged by injury and poor form which means he has only made a total of 36 Premier League starts since that World Cup in Russia - which included an error-strewn performance for England against the Netherlands in the Uefa Nations League semi-final in Portugal.

If Stones is not quite approaching the "now or never" stage of his career for club and country, then he certainly must start fulfilling all the wonderful potential he showed as a teenager at Everton before his £47.5m move to Etihad Stadium in summer 2016.

Stones has all the attributes of the modern defender with pace, superb ability on the ball and strength in the air but is too often a mistake waiting to happen. He must improve or he will be on the outside looking in when the Euros eventually take place. 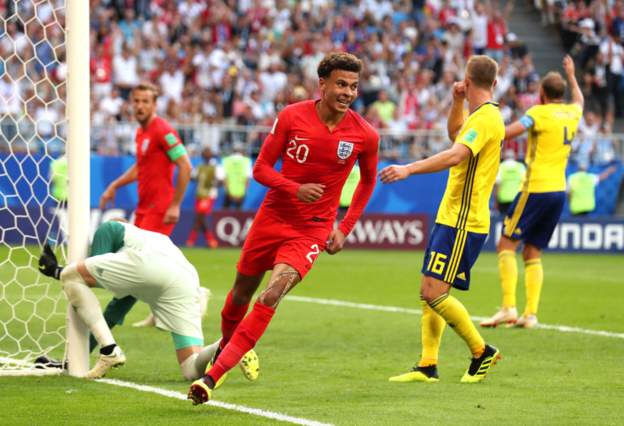 It does not seem so long ago that Dele was the natural fit between England's attack and midfield, a "number 10" of natural creative and goalscoring gifts that would serve Southgate for years to come.

Still only 23, he has so much time on his side to come again but has not played since the Uefa Nations League third-placed play-off win on penalties in June 2019 and has suffered mixed form at club level.

He is also facing increased competition in that area from the likes of Leicester City's James Maddison and Aston Villa captain Jack Grealish but Dele remains a player who could still give so much to England, not just when the Euros take place but in the years beyond. 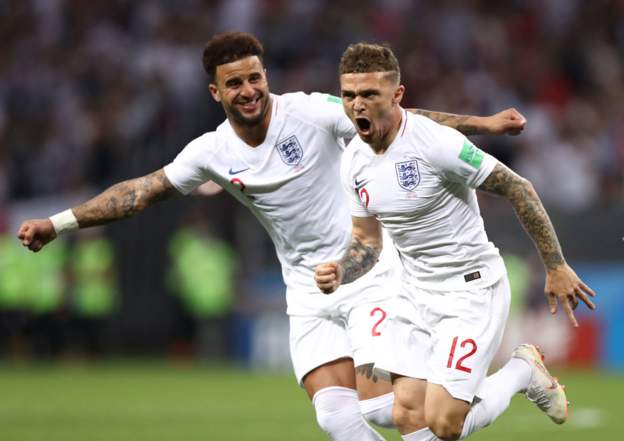 Not so much a question of form but fierce competition for the Bury-born 29-year-old, who was one of the heroes of England's 2018 World Cup.

Trippier will be learning from the defensive master in coach Diego Simeone at Atletico Madrid - and make no mistake if you cannot defend in a disciplined manner you do not get in his teams.

The fight he faces is to keep some outstanding young competition at bay in the right-back position when Southgate is shaping up to have an embarrassment of riches.

Liverpool's Trent Alexander-Arnold (21), Manchester United's Aaron Wan-Bissaka (22) and Reece James (20) at Chelsea will be forming an orderly queue for that slot when England resume service once again - although the idea of someone with Alexander-Arnold's more complete game suggests he may yet find a future place in midfield. 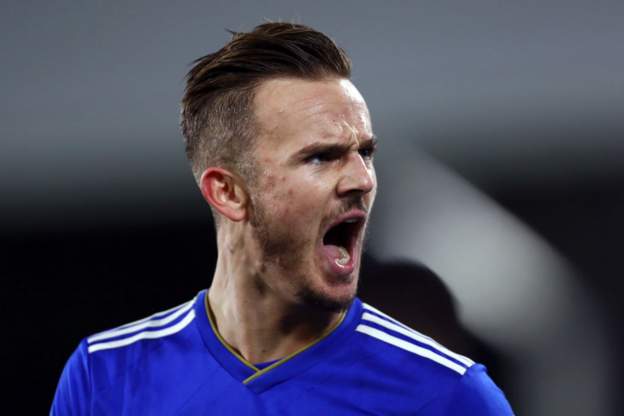 Now this one may seem an unlikely name were it not for the nagging suspicion that Leicester City's talented 23-year-old midfield man still has a little to do to fully convince Southgate of his true worth.

Maddison has had an outstanding season at Leicester City but has so far only played 34 minutes of full international football against Montenegro in November, with Southgate perhaps looking more favourably on Chelsea's Mason Mount.

The Foxes' star still has work to do make his mark and with the likes of Mount and Aston Villa's Jack Grealish sure to be factored into any England equation as time goes on, he must use the extra time before the next Euros well. 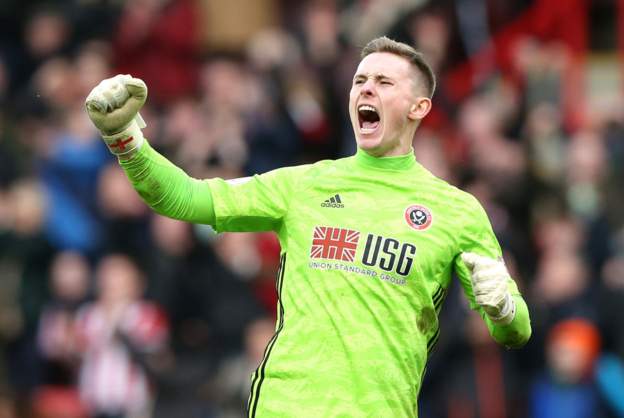 Burnley's Nick Pope had moved into position as Pickford's deputy, the dependable 27-year-old already winning two caps - but Sheffield United's Henderson has put a huge gloss on his reputation with some outstanding displays for The Blades in their magnificent campaign back in the Premier League.

Strong in all aspects of the game and with huge self-confidence, Henderson has been so impressive that there has even been talk of the 23-year-old returning to parent club Manchester United next season and presenting a serious challenge to David de Gea should his form slip.

If he does not make a return to Old Trafford, there may well be a scramble for his services. Henderson has conceded just 22 goals in 27 Premier League games with 10 clean sheets, with a record of just 24 goals conceded in all competitions with 11 clean sheets.

If there was once crucial factor counting against Henderson, or indeed Pope, replacing Pickford for a major tournament it was a lack of experience at the elite level. When the Euros eventually start, he may have it. 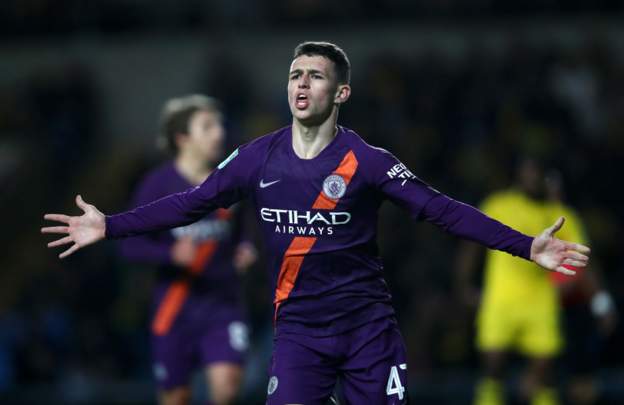 The 19-year-old "Stockport Iniesta" has been earmarked for great things since he was named player of the tournament when England won the under-17 World Cup in 2017.

And the manner in which he ran the show in Manchester City's recent Carabao Cup Final win against Aston Villa at Wembley only confirmed his status as the natural heir to the great David Silva when he leaves the club in the next few months.

It should also provide the perfect platform for Foden to finally get regular first-team football at Manchester City and, in the eyes of many sound judges, make his claims for a place in the England set-up ahead of the rescheduled Euros irresistible.

Indeed, such is his natural ability and unfazed, grounded confidence, Foden could even be a star of the showpiece. 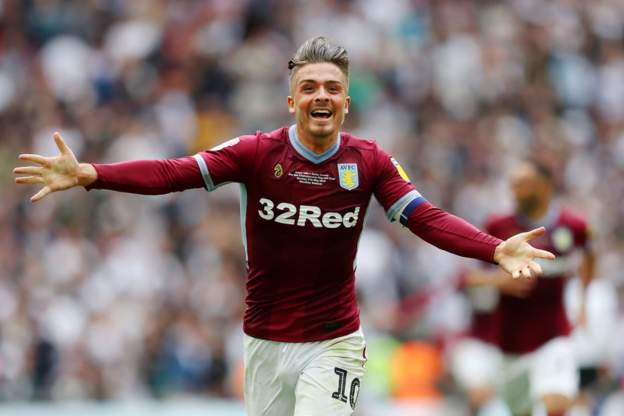 The stand-out performer in Aston Villa's season of struggle, Grealish has carried the responsibility of leading his club's fight for survival in outstanding fashion and was surely on course to earn an England call-up until the sport was halted.

Grealish has often been portrayed as a direct rival to Maddison but he has also proved his versatility as a creator from wide positions.

The 24-year-old has been tipped for big things for the last five years but is now fulfilling that potential, catching the eye of clubs such as Manchester United.

Southgate is sure to have been impressed with his form and the stage appears set for him to get the chance to shine for England at some point in the future.

Opoku Afriyie passes away at aged 75

Decision on Wimbledon to be made next week

Huddersfield must repay £35m to Hoyle

Coronavirus: McLaren staff back in UK

France considers Tour with no spectators

What do you miss about sport?

Huddersfield must repay £35m to Hoyle
Previous Item
NEXT