Limiting children's recreational screen use has been linked with improved cognition.

Children aged eight to 11 who used screens for fun for less than two hours a day performed better in tests of mental ability, a study found.

Combining this with nine to 11 hours of sleep a night was found to be best for performance.

Researchers said more work was now needed to better understand the effects of different types of screen use.

However, they acknowledge that their observational study shows only an association between screen time and cognition and cannot prove a causal link.

And it did not look at how children were using their screen time, be it to watch television, play videogames or use social media.

The study, of 4,500 US children, published in The Lancet Child & Adolescent Health journal, used questionnaires to estimate the child's:

Children also completed a test, which assessed cognitive skills, including:

The study controlled for:

It found that children who each day had less than two hours of recreational screen time, got nine to 11 hours of sleep, and did at least one hour of physical activity performed better than who did none of these.

Less than two hours of screen time a day was the one factor most linked to better performance in the test.

Dr Jeremy Walsh, from the CHEO Research Institute, in Ottawa, Canada, said: "Based on our findings, paediatricians, parents, educators, and policymakers should promote limiting recreational screen time and prioritising healthy sleep routines throughout childhood and adolescence."

Dr Walsh added that more research was now needed into the links between screen time and cognition, including studying the effects of different types of screen time.

He said there was some evidence, for example, that video games and educational TV programmes might have cognitive benefits.

In contrast, emerging evidence suggested the use of mobile devices and social media may be harmful for attention, memory and impulse control, he said. 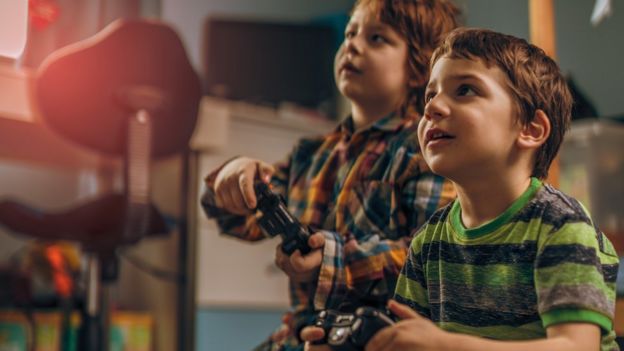 However, the authors acknowledged there were limitations to their study, including that the data was self-reported.

The questionnaires were also only used only at the beginning of the study and so did not track how behaviours may change over time.

Dr Kirsten Corder, senior investigator scientist at the University of Cambridge, who was not involved in the study, said it added to existing evidence showing potential negative links with screen time and cognitive development in children.

But she pointed out that the children may have struggled to answer the questions accurately.

"These results will hopefully stimulate further research using techniques that allow researchers to explore how multiple behaviours may interplay to benefit cognition and health," she said.

Kenya cracks down on digital lenders

The return of text is inevitable

Is internet addiction a growing problem?

Hera is a new calender app

Amazon to open 'four-star' store in US
Previous Item
NEXT