Fears of a massive global computer virus outbreak have prompted Microsoft to issue security updates for very old versions of its Windows software.

One patch is for Windows XP, which debuted in 2001 and Microsoft stopped supporting in 2014.

Microsoft said the patch closed a hole that could be used to spread a virus.

Malicious hackers exploiting it could kick off a worldwide outbreak like the 2017 Wannacry worm, which hit thousands of machines.

It was "highly likely" the vulnerability would be exploited if it went unpatched, wrote Simon Pope, Microsoft's director of incident response, in a blog about the bug.

He said the bug could be exploited simply by connecting to a vulnerable machine over the internet.

This danger prompted the release of a patch that closes the loophole in:

Market industry data suggests about 3.75% of desktop machines currently use XP or its variants.

Technology news site Wired said the wide range of vulnerable versions of Windows meant "millions" of machines were at risk. 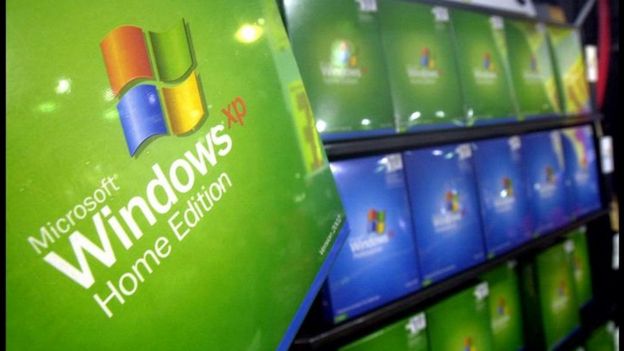 Although Microsoft ended support for Windows XP more than five years ago, the last software patch it issued for the operating system was released just prior to the Wannacry outbreak.

"We strongly advise that all affected systems... should be updated as soon as possible," said Mr Pope.

Microsoft said there was no evidence that cyber-criminals were currently exploiting the loophole.

People and organisations using Windows 8 or 10 were not at risk, Microsoft said.

Independent security expert Graham Cluley said the creation of the patch for XP showed the threat of a virulent worm was "serious".

Many old and vulnerable systems were still "riskily" connected to the internet, he said, urging people to update swiftly.

Netflix is still saying ‘no’ to ads

Google Cloud gets a Secret Manager

The moment of truth for foldable devices

This envelope hides your phone

Google's plan to push Google Pay in India
Next Item