Sidewalk Labs, a sister company of Google, has published its plans to build a smart city in Toronto, sparking fresh controversy.

In a 1,500-word document, the company laid out its ambitions to "improve the urban environment" with a variety of high-tech innovations.

Waterfront Toronto, the body that will decide if the bid is successful, has questioned the proposals.

Meanwhile, some citizens want the plans to be scrapped entirely.

The partnership between Sidewalk Labs and Waterfront Toronto was announced in 2017 and the plans to revitalise a disused part of the city was intended to be a model for future urban development.

But citizens expressed concerns about becoming "lab rats" and questioned Sidewalk Labs's motivations in building a city "from the internet up".

The group has called a meeting on 3 July to discuss the plans.

"The proposal aims to create the neighbourhood of the future in the right kind of way with people at its centre and with cutting edge technology and forward-thinking urban design," he said. 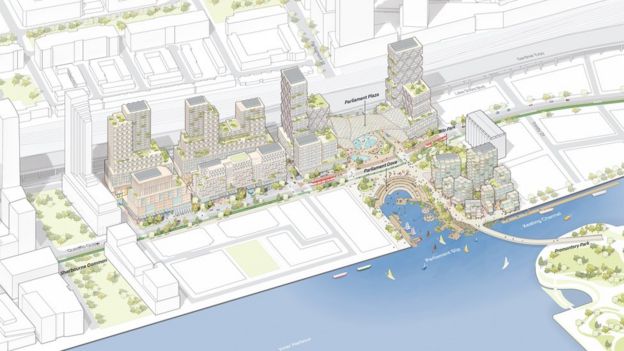 Sidewalk Labs's plan for the waterfront

The Master Innovation and Development Plan outlines a range of innovations - from thermal and advanced energy grids, to factory-based construction of timber buildings, to a dynamic mobility network with heated bike lanes and adaptive traffic lights.

But in an open letter, Waterfront Toronto chairman Stephen Diamond's response seemed lukewarm, saying there were key areas where the two organisations had "very different perspectives".

This included the scale of the plan, which he said was "much larger" than the original 12-acre (48,500-sq-m) site, and its proposals to collect and store data, which he said required extra information to ensure they complied with applicable laws. 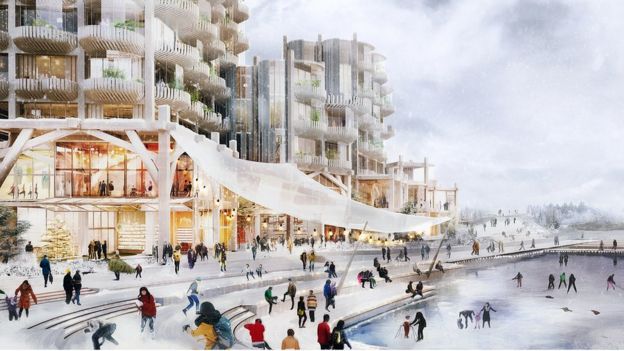 Could TikTok be banned in the US?

2 US towns pay $1.1m ransom to hackers
Previous Item
NEXT

US Huawei supplier resumes some shipments
Next Item