Apple just released iOS 13 beta 7 to developers today, and people are already digging through the software to find hints about the rumored iPhone 11. iHelp BR has discovered that the latest iOS 13 beta includes an asset that hints at an iPhone 11 event date of September 10th. An image, simply named “HoldForRelease,” includes the September 10th date on the calendar of the iOS 13 home screen. Apple uses this particular image for the out of box experience (OOBE) when you first set up a new iPhone.

iOS 12 includes a similar image, with a September 12th date displayed on it, which is the date when Apple announced the iPhone XS. The presence of this image does hint that Apple could be preparing its iPhone 11 event for September 10th, and it’s a date that lines up with previous years. 9to5Mac notes that Apple generally holds its iPhone event on the second Tuesday or Wednesday of September. Apple has previously held iPhone events on these dates: 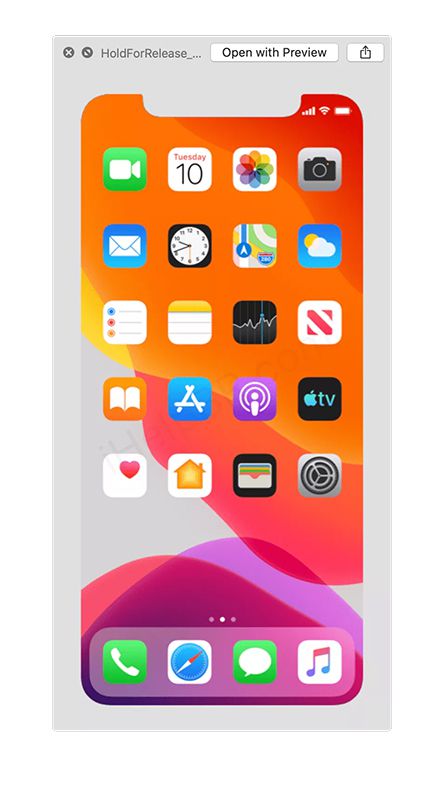 Apple is widely expected to launch three new iPhones during its 2019 event, with at least one sporting a triple-camera system. Rumors from earlier this year suggest that Apple will release successors to the iPhone XR, iPhone XS, and iPhone XS Max. Some reports claim that the successor to the iPhone XS will even have a slightly bigger 6.1-inch display and three cameras on the rear. Earlier reports suggested that the new camera array would be exclusive to the iPhone XS Max successor.